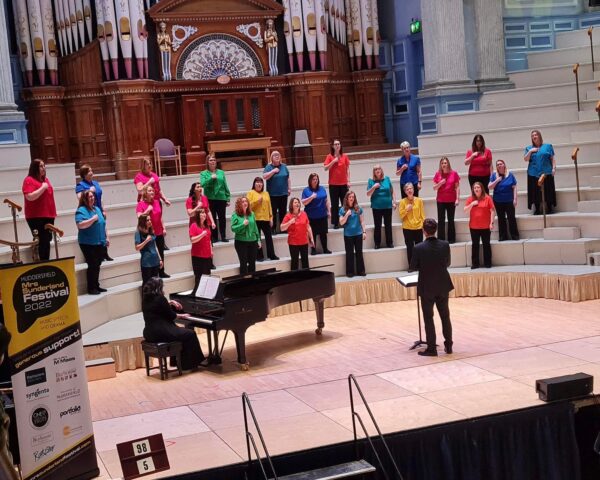 Peterborough Voices won the Choir Prize winners Challenge at the 2022 Huddersfield Mrs Sunderland festival. Their pop-up project Sing for Life has been described as ’empowering’ and ‘life changing’. They also collaborated with world-class musicians including the King`s Singers, the Central Band of the RAF, the BBC Concert Orchestra and the Royal Philharmonic Orchestra, performing and competing in Spain, Italy and UK.

Plans for 2022 include introducing challenging new repertoire on the competition circuit in Oundle and Cheltenham, Llangollen and Riga and performing in Peterborough Cathedral with the Royal Philharmonic Orchestra. In addition, they will host an international women’s choral festival in Peterborough in 2023.