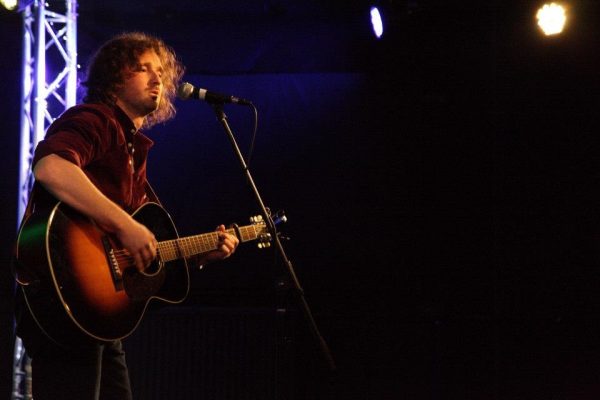 Biography: Ragsy plays acoustic soulful heart on his sleeve, song writing with a rock edge-alternative folk. He appeared on “The Voice” in 2013 and was mentored by fellow countryman Sir Tom Jones. He has recently been one of the 8 finalist on ‘Can i Gymru’ and is currently on a journey to learn the welsh language which has seen him appearing on the Victoria Derbyshire show talking about his experience. A lifelong dream and ambition of Ragsy’s was not only to perform with a choir but to also sing in his native tongue. Being a proud Welshman he has always wanted to be able to speak Welsh become fluent and be a bilingual artist.
He has also performed at various events, showcases, venues and festivals including Glastonbury and Llangollen International Music Festival last year, and has supported established artists such as The Proclaimers, James Dean Bradfield and Max Boyce.

His has released a debut album ‘Ouch!!!’ along with singles ‘Morning Sun’ featuring Sian Evans of Kosheen, ‘Feels Like Home’ featuring Cwmbach Choir, ‘My Love (Bring out the guards)  as well as  ‘Coming Up For Air’ featuring Caroline Harrison. These songs have received national and international airplay and he has been named BBC Wales artist of the week on numerous occasions. He is getting ready to release his bilingual second album/EP ‘One More for the Road’ this summer with a promotional tour to follow.