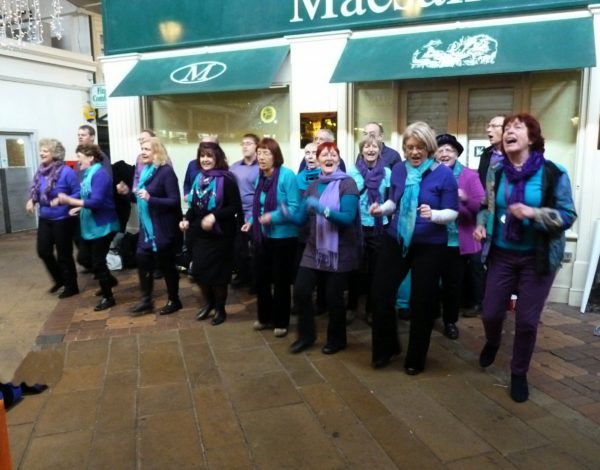 Rough Diamonds, a choir of 24 enthusiastic friends, have spent the past five years wowing audiences both here and abroad with their repertoire, in exquisite four-part a cappella harmony. Their eclectic repertoire is drawn from the British Isles and across the world, particularly South Africa, featuring American Shape Note and English West Gallery traditions, alongside folk music from England, Europe, the Republic of Georgia, across to New Zealand and Samoa.

Led by their inspirational conductor Hilary Davies, the choir were originally brought together in 2008 for a two week visit to South Africa, to work with a choir of mine workers from the Cullinan Diamond Mine near Pretoria. Since then they have taken part in festivals in Holland and in the UK. They have performed in Gloucester Cathedral and at venues across the Midlands and Wales. They are particularly happy singing to raise funds for charities that support projects in Africa.