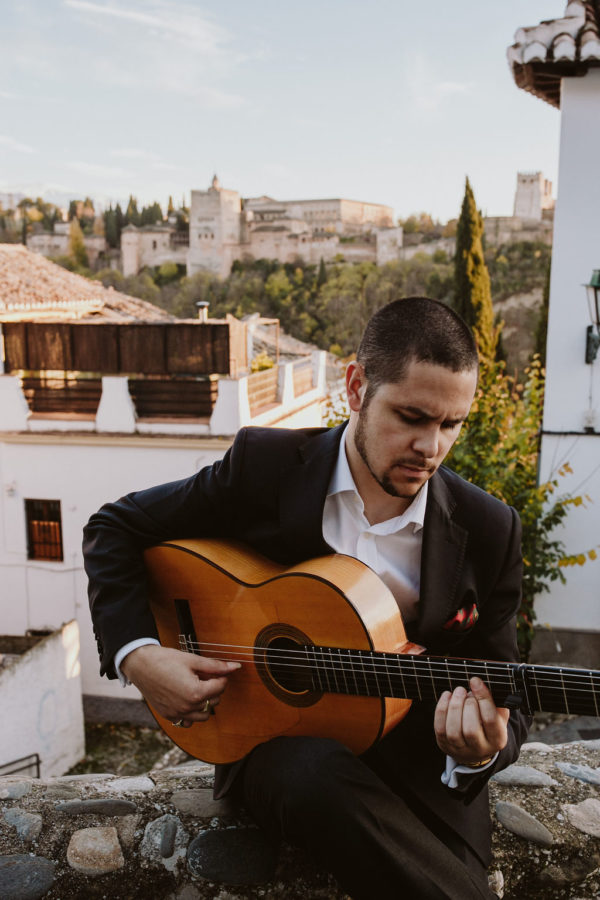 Biography:   Having recently been described as “A fantastic flamenco guitarist” (BBC Radio 3), Samuel Moore is fast establishing himself as one of the UK’s leading flamenco musicians.  He continues to perform in venues across the UK, Europe and North America.

Whilst Samuel is best known for his work as a solo artist, he is also a committed ensemble musician and frequently collaborates with other performers. Current collaborative projects include performing and recording alongside the classical guitarist Michael Christian Durrant, and touring with a handpicked company of flamenco dancers and singers under the ensemble name Flamenco Puro.

Samuel initially learnt his craft by working with the recordings of great flamenco maestros of the past and producing transcriptions of their pieces. He later became a student of the world-renowned flamenco guitarist Juan Martín. Notably, he worked with the multi award-wining Amparo Heredia “La Repompilla” and Antonio Aparecida. Always keen to learn, Samuel has also attended masterclasses with other leading flamenco artists, including the great Paco Peña.