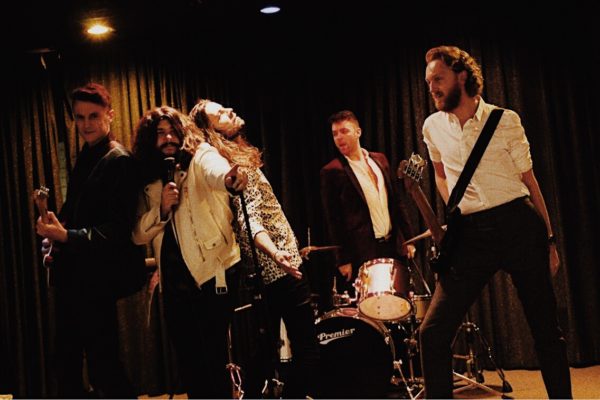 Biography: SEPRONA, a five-piece band from Liverpool ‘aren’t just your average up and coming band, they are something else entirely!’ (AnR Factory). Their first two singles propelled them onto a national scale with How Much Time (2016) being played on BBC Radio 2 for several weeks running and their second single Slow Down (2017) was used by ITV’s This Morning, being broadcast to millions of people all over the UK.

Following the initial success of these first two singles, SEPRONA embarked upon two mammoth UK tours during 2017, playing upwards of 50 shows up and down the country as well as a number of festival slots in the summer. Their music can take you on a voyage from strikingly splenetic delivery on their heavier tracks, to a chillingly haunting aura on their slower, more serene tracks.

2018 marked an important year for the band. Beginning by recording their debut EP in Liverpool’s illustrious Parr Street Studios where the likes of Coldplay, Blossoms, Rhianna and Justin Bieber have all recorded tracks. The EP was released in the summer of 2018 and the band once again embarked upon a UK-wide tour, playing upwards of 30 dates. The EP was warmly received by fans and national press alike being described as ‘Flawless’ (AnR Factory). IndieBuddie also described how the EP ‘creeps, crawls and glides with energetic indie and musicianship to make you dance, mosh and sway.’

2019 will see the band follow up the success of last year by releasing a new single in the spring and support it with another tour beginning in May. The band have a few warm up shows booked for March and already have a number of prestigious support slots and festival dates planned.

‘The Liverpool based powerhouse of melodically blessed musicians have that rare ability to instantaneously arrest you with the first few lines in the first verse.’ (AnR Factory)