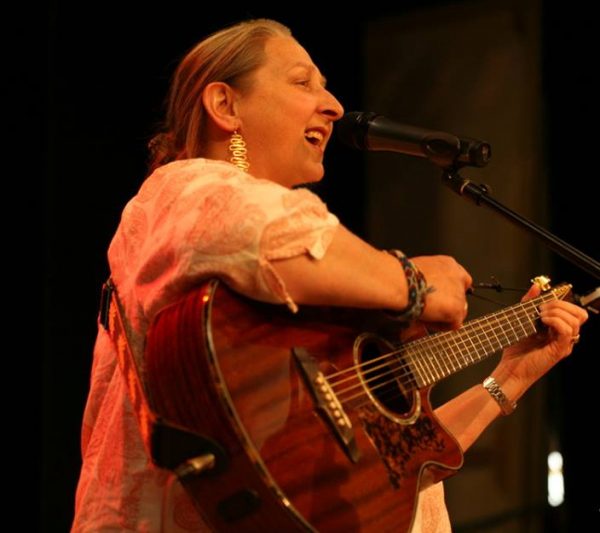 Biography: Sonya Smith is a singer songwriter, who plays acoustic guitar. Her songs have been described as evocative, passionate, heartfelt and intimate. She is influenced by the traditions of blues, roots and country music and lyrical word driven writers such as Joni Mitchell, James Taylor, Bonnie Raitt, Beth Hart to name a few.

Sonya has been compared to artists as diverse as Tracy Chapman and Joni Mitchell, with her vocals being variously described as dark and blue, powerful and enthralling, the crystal clear “voice of an angel”, and “soulful and sublime”. Sonya also sings in the duo ‘Blue Ivory’ singing classic jazz standards and blues. She’s been performing at fairs, festivals and venues in and around Mid Wales and Shropshire for several years – Farmer Phil’s Festival, The Women’s Festival in Llangollen, Welshpool Music Festival, Workhouse Shrewsbury Christmas Light switch on, Big Busk, Gig Fest in Oswestry, the International Eisteddfod and live performance on the BBC Radio Shropshire Genevieve Tudor Folk show.