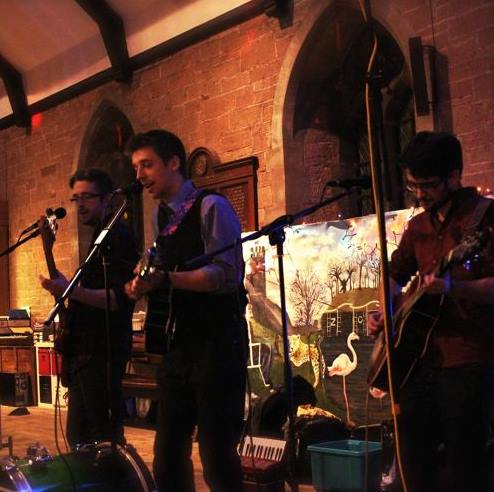 Biography: The Organic Lawn Management are a three-piece folk/rock band from the rural fields of West Worcestershire. Wes, Matt and Josh have been writing and recording together since 2009, and in 2013 released their debut album, Folk’s Reason for Living. The band have played numerous gigs as well as a festival or two, and have had feet stamping in time to the music from Worcester through to Wrexham. With their second album, Forty Miles West of Phoenix, just over the horizon, the boys are back with mandolin and guitalele primed.