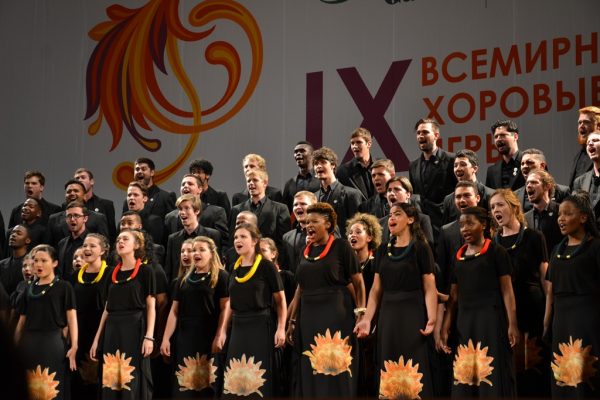 Biography: The Stellenbosch University Choir is an energetic group of students and comprises students from various academic and cultural backgrounds. The wonderful mix of diverse cultures translates into unique choral sound and performance skills. The choir was founded in 1936 under the baton of William Morris and is the oldest and most celebrated choir in South Africa. After him, various conductors established the ensemble as an influential South African choir: André van der Merwe has been the choir master since 2003. Since this year, the choir has won many international awards for their performances for example at the 2010 World Choir Games in Shaoxing, China they competed in the categories for Musica Contemporanea and Mixed Choirs and won both categories, and in 2012 they won the champion categories for Mixed Choirs at the World Choir Games in Cincinnati.

A highlight was at the World Choir Games in Riga, Latvia in 2014 where the choir won all three of their competition categories, with the highest mark in the history of the competition with 99%. Currently the Stellenbosch choir is ranked number 1 on the Interkultur World Ranking List of the top 1000 international choirs.