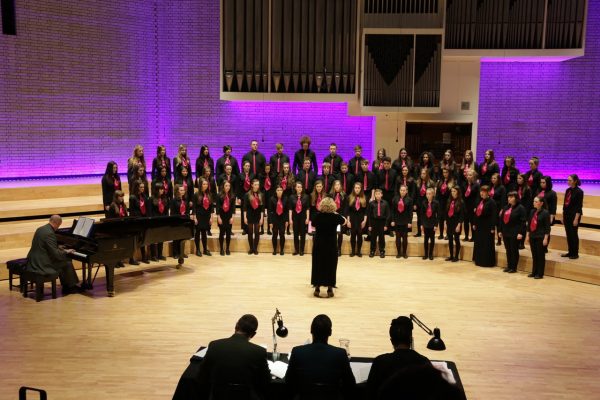 Biography: Tim Jones and Tina Boycott formed Wrexham County Youth Choir in September 2009. The choristers come from every secondary school in Wrexham and Coleg Cambria. The members range in age from 12 – 18. The choir rehearse once a week in Coleg Cambria, Wrexham.The choir has taken part in ‘Music For Youth’, Manchester Amateur Choir Competition, Chester Music Festival and Llangollen International Eisteddfod Musical. In 2014 they were selected to go through to the National final of ‘Music For Youth’ in Birmingham Town Hall. They followed this up in 2015 and 2017 with performances in Birmingham’s Symphony Hall, where they won the award for ‘Performance Practice’.The choir has performed in many local venues and has helped to raise money for charities including NSPCC and Hope House Hospice.Members of the choir are encouraged to audition to become a member of the National Youth Training Choir of Wales, and subsequently the National Youth Choir of Wales. Every year they have members who sing with the National Youth Choir of Wales, which annually participates in the BBC Proms concerts in the Royal Albert Hall, and most recently a tour to the Welsh colony of Patagonia.