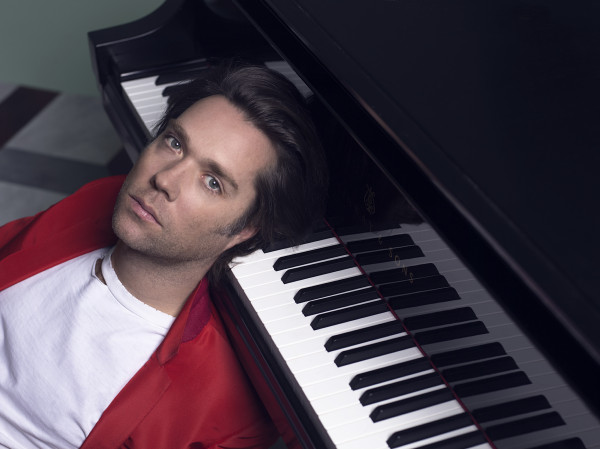 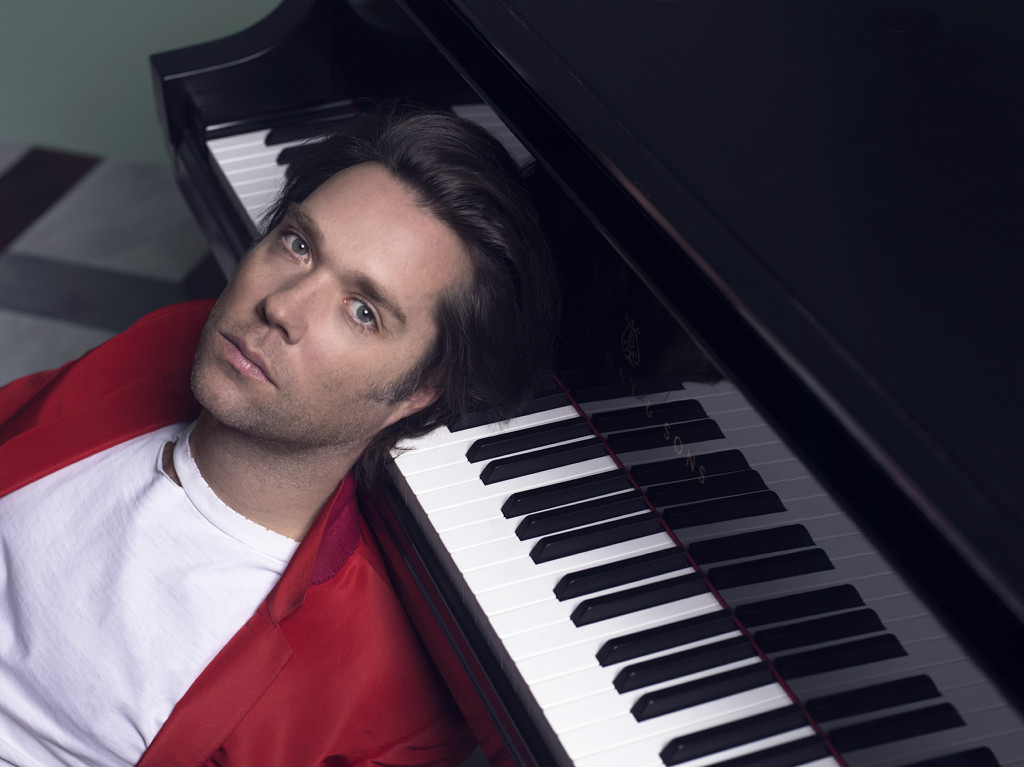 The American-Canadian is promising the audience an eclectic mix of genres from pop to opera on his North Wales debut and he says he’s very excited about the prospect as Welsh audiences are, in his opinion, uniquely ‘different’.

Rufus, speaking from his Toronto home, says he’s performed in Cardiff and enjoyed a driving tour of Wales but the opportunity to appear on the same Llangollen stage that has been graced by legends such as Pavarotti and Carreras was something he wanted to grab with both hands.
He said: “There is something about Wales, the audience is just different. They seem to have an instinct for music and appreciate a performance in a different way. English, Scottish, even Irish, audiences are different despite being geographically so close.
“A Welsh audience can be quite rowdy and vocal and then just melt when they hear a particular poem or piece of music. There is something immediate about the experience.
“So I’m really looking forward to appearing at Llangollen especially having learnt something of the history of the festival. Looking at the long lists of performers who have appeared in the past is like a who’s who of music – so many big and influential names. I really am looking forward to it.”
Eilir Owen Griffiths, Musical Director of the Eisteddfod, said: “We are thrilled to have Rufus Wainwright as part of the line-up for this year’s event and headlining the concert on the Friday night.
“His talents span such a wide range of musical genres but what stands out is the quality of what he does and that’s what we are dedicated to bringing to Llangollen.”
The stellar line-up this year also includes Oscar-winning songwriter Burt Bacharach who’ll open the festival on Monday, July 6, and classical heart-throb Alfie Boe who’ll be performing songs from musical theatre and movies on the Thursday night, July 9.
The closing Sunday night festival on July 12 will star music legend Ali Campbell, the voice of UB40 who sold 70 million records, who’ll b reunited on the eisteddfod stage with two other founding members of UB40 – percussionist, trumpet player and vocalist Astro and keyboard player Mickey.
Born in New York, in 1973, the son of folk singers, the late Kate McGarrigle and Loudon Wainwright III, Rufus had his first piano lesson aged six and by the age of eight he was regularly appearing on stage with the McGarrigle Sisters and Family alongside his mother, sister Martha, and aunt Ann.
He has now released seven studio albums and three live albums including Rufus does Judy, a tribute to gay icon Judy Garland and recorded at New York’s Carnegie Hall in 2006, which was nominated for a Grammy award.
Wainwright has collaborated with many of the world’s top artists including Elton John, Joni Mitchell, The Pet Shop Boys, Burt Bacharach and his most recent collaboration, on the title track of Robbie Williams’ latest album, Swings Both Ways, which he co-wrote and sung as a duet.
He even appeared on BBC TV comedy Absolutely Fabulous in a cameo role in 2002 thought his memories of it now are vague, admitting: “I was pretty off my rocker at that point.
“They got in touch with me. Like any properly brought up and well-intentioned gay man at that time I was completely obsessed with that show and would have killed my mother in order to be on it.”
As a member of folk music royalty he has also partied with the like of President George W Bush’s daughter Barbara and Marianne Faithful and battled addiction to crystal meth but is now happily settled with a husband and a daughter he fathered with Leonard Cohen’s daughter, Lorca.
But as well as being a celebrated popular music performer Wainwright is one of the few artists able to cross over to the classical world with equal success.
His acclaimed first opera, Prima Donna, premiered at the 2009 Manchester International Festival and has since been performed in London, Toronto and New York.
In 2010 Wainwright was commissioned by the San Francisco Symphony to compose and interpret five Shakespeare Sonnets, a five song cycle to orchestra and voice that have since been performed around the world
And the Canadian Opera Company has commissioned what will be his second opera about Roman Emperor Hadrian which is scheduled to premiere in Toronto in the autumn of 2018.
Wainwright added: “I gather Llangollen is going to be a bit special and I’m really looking forward to it. I understand tenor Noah Stewart delighted the audience by singing in Welsh the last two years.
“Now that’s a challenge, but at least I have a little bit of time. We will have to see what I can do. I might have to get my good friend the Welsh actress Siân Phillips to help me out!”
The Eisteddfod will also feature Children’s Day and the Parade of Nations on the Tuesday, led by Eisteddfod President Terry Waite before the evening Heart of Llangollen concert featuring a galaxy of international talent.
Highlights of Wednesday will include the debut of the International Young Musician of the Year and the Children’s Choir of the World while Thursday’s competitions will see another first, the International Voice of Musical Theatre Trophy.
Friday’s Open Category for choirs will showcase styles like gospel, barbershop, jazz, pop and glee styles and will also see the International Voice of the Future decided with the prize including the chance to sing at one of the evening concerts the future.
The Blue Riband event, the Choir of the World for the Pavarotti Trophy, is decided on Saturday night as well as the Lucile Armstrong Dance Final and Sunday sees the Eisteddfod let its hair down for Llanfest before the climactic final concert with Ali Campbell, Astro and Mickey.