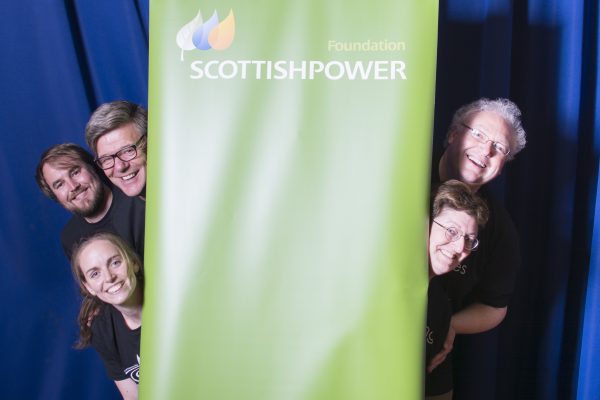 Llangollen International Musical Eisteddfod has been selected to receive part of a £1 million funding boost from the ScottishPower Foundation.

The project helps promote unity and diversity throughout North Wales, Shropshire and Cheshire. A diverse mix of groups from the local communities will come together and perform on the main stage at the festival in July.

The £1m fund was announced today (23 March) by Trustee and Executive Officer of the ScottishPower Foundation, Ann McKechin, at the Prince and Princess of Wales Hospice in Glasgow.

The hospice, which offers palliative care to people with life-limiting or life-shortening illnesses, is one of the organisations to benefit from this year’s funding and will use the ScottishPower Foundation’s backing to fund a new ‘Pamper Suite’ at its brand new £21m in Glasgow’s Bellahouston Park due to open later this year.

Each of the 17 charities to receive funding from the ScottishPower Foundation will deliver events, information or campaigns that directly benefit people living in their local communities or regions. Other projects include a theatre production by the National Theatre of Scotland, a marine conservation initiative by RSPB Scotland and STEM learning programmes by National Museums Scotland and Dumfries House.

Ann McKechin, Trustee and Executive Officer of the ScottishPower Foundation said: “Applications for this year’s funding blew us away with the incredible and diverse work happening around the UK, and to see the effects of funding in action here today is extremely moving. The ScottishPower Foundation is proud to be able to support these projects by helping them to realise their vision of making a positive difference to the lives of people in their communities.”

Music Director of the Llangollen Eisteddfod, Vicky Yannoula, said: “Promoting opportunities for all and reducing inequality of opportunities is core to the ethos of the International Eisteddfod.

“Thanks to the ScottishPower Foundation’s continued support and funding the Inclusion Project has been able to continue its good work and enable people from all walks of life to perform on the Eisteddfod stage.”

The ScottishPower Foundation was established in 2013 with the aim of making a significant and lasting contribution to society, enhancing the lives of people living in communities throughout the UK. It provides funding to registered charities which are involved in the advancement of education, environmental protection, citizenship and community development. The Foundation also supports non-profit organisations working in science, the arts, heritage or culture as well as the prevention of poverty and relief of disability or other disadvantage.