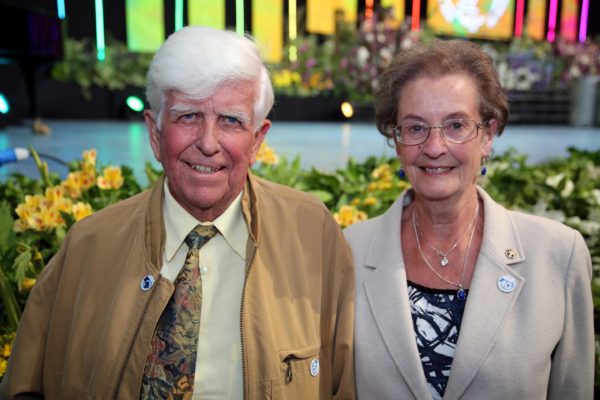 THE sons of the founding father of the iconic festival made an emotional return as VIP guests at the 70th Llangollen International Musical Eisteddfod.

Brothers Peter and Selwyn Tudor both attended the event on Friday and were met by the Eisteddfod president Terry Waite CBE and the chairman, Rhys Davies, and Selwyn and his family stayed on for the Friday night concert.

Both have fond memories of their father, Harold Tudor, and of their family’s connections to the historic event and younger brother Selwyn, still recalls the moment his late father was inspired to create the first 1947 event which has become a symbol of worldwide peace and understanding.

In the late 1940s renowned Welsh journalist Harold Tudor had a vision of creating a grand cultural gathering in Llangollen to help heal the scars left by World War Two.

Selwyn, now 81 and living in West Heath, Birmingham, said the dream took shape one morning when he and his father were taking a Sunday morning cycle ride in the hills near their home in Coedpoeth.

He said: “We used to love going out riding on the country lanes and one Sunday in late 1945 or 1946 we were out there when we saw a young lad of about 11 or 12 – the same age as I was then – walking towards us over the crest of a hill singing at the top of his voice.

“He carried on straight past us and we watched him until he was out of sight.

“It was seeing this lad making himself so happy by singing that gave Dad the idea to start the Eisteddfod and he always told me afterwards that that was the moment which set him on the right direction so I was there right at the beginning.”

Selwyn, who was accompanied by his wife, Ann, daughter Susan, son-in-law Vincent and grandaughter Caitlin, added: “It’s been marvellous to be here again with my family.

“I just love wandering around the field. The atmosphere is just electric and this year in particular an awful lot of people seemed to know me and that’s made a big impression on me – even Terry Waite remembered me.

“I’ll never forget the first time I came here to this field in 2004 and the hairs on the back of my neck stood up and they still do.

“Our granddaughter, Caitlin, is here and she plays the flute so maybe she’ll be here to compete one day.”

His older brother, Peter, now 84, from Stone, in Staffordshire, was also there and can still recall the excitement generated as competitors from across Europe began to gather for the first festival in the small Denbighshire town in the summer of 1947. 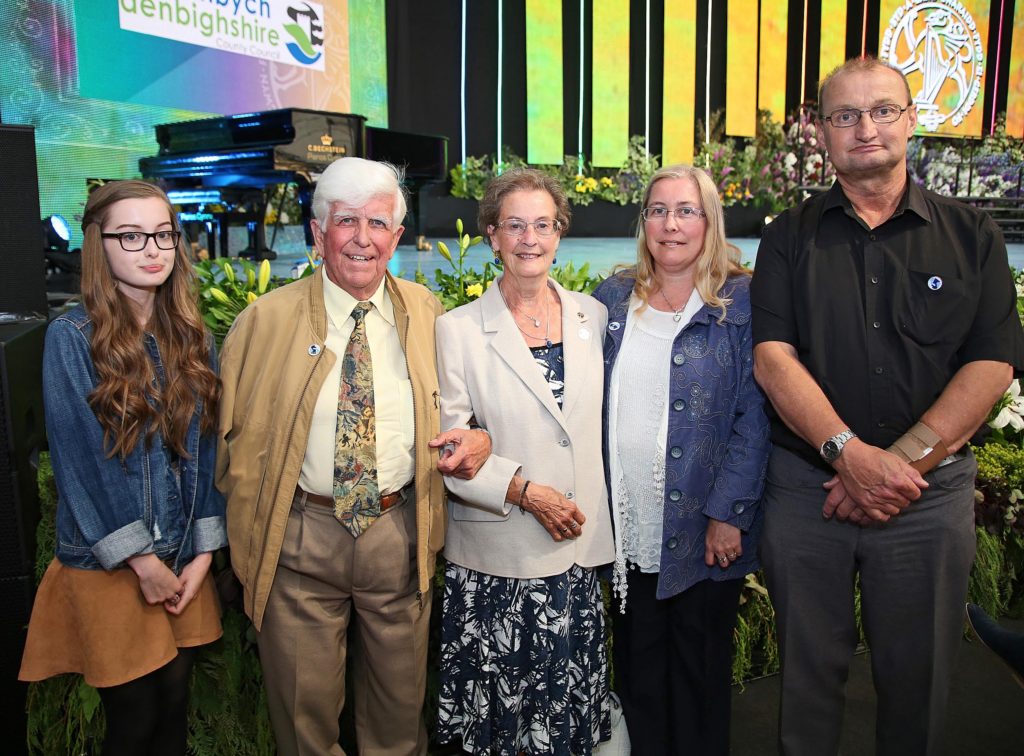 He said: “My father was originally from Tanyfron, near Coedpoeth, and after attending Grove Park School in Wrexham started work as a sub-editor on the Post and Echo newspapers in Liverpool.

“During the Second World War he also became a member of the British Council, an organisation specialising in international educational and cultural opportunities.

“He came up with the idea of an international gathering of singers and dancers and he was obviously very persuasive and worked very hard to get the idea accepted, which it eventually was and Llangollen was chosen as the ideal location with my father being appointed honorary director of publicity.”

He added: “It’s been marvellous to see people still coming to Llangollen from all parts of the world and to be able to meet and talk to them.

“The part he played in founding the International Eisteddfod wasn’t always too well remembered but has been better acknowledged more recently. I am certainly very proud of what he did.”

Eisteddfod Chairman Rhys Davies said: “It has been wonderful to see Peter and Selwyn at the festival again this year – their father has left a wonderful and lasting legacy in this great event.