Penrhyd was started 39 years ago and has been going from strength to strength every year. They have won several first prizes in the National Eisteddfod and also Urdd Eisteddfod and have won this competition in Llangollen and a second and third in past years. Dawnswyr Penrhyd has children from the age of 4 dancing up to adults dancing our traditional Welsh dances and traditional clog dancing.

Gabhru Panjab De have been dominating the entertainment industry since 1988 through Bhangra, leaving audiences wowed and completely spellbound. GPD have taken Bhangra dance all over the world at national and international festivals and events in France, Turkey, Jordan, Sweden, Holland, Germany, Belgium, Canada, Bulgaria, UAE to name but a few.  They were the winners of the International Bhangra Dance Competition in Toronto in 2001 and in Dance Group In October 2014 they were voted as the ‘Best Dance Group’ at the UK Bhangra Awards 2014. 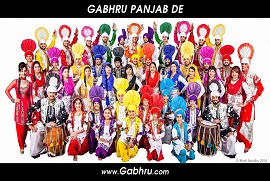 Kurdish Folk Dance Group have won the traditional dance in 2004 and the choreographed dance in 2005 and many more achievements in the following years after that. 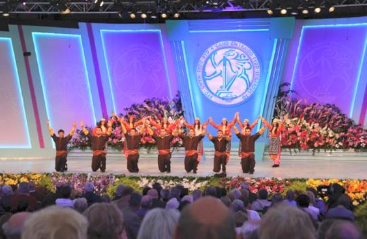 Northern Lights was founded during the World War II and is now under the direction of Amy Addison and has numerous dance styles in their repertoire, including Ballet, Jazz, Contemporary, Latin American and Musical Theatre and European Folk Dance. The students dance and perform at Disneyland, Paris and the Royal Albert Hall, London, and are frequent guests at the International Eisteddfod in Llangollen, Wales, where they won first prize in 2009 to become World Champions in Children’s Folk Dance. They were invited to represent England at the World Folk Dance Festival in Palma, Mallorca, where they gained the Silver Medal in the Children’s International Folk Dance Competition in 2005.

Formed in 1982, Perree Bane is a Manx traditional dance, music and song group based in Ballasalla, in the South of the Isle of Man. The group has around forty members of all ages with a strong children’s section who also perform as a group in their own right. The name ‘Perree Bane’ is Manx Gaelic for ‘White Jacket’, which the men wear along with their Loghtan wool trousers. Perree Bane performs regularly at events around the Isle of Man and also at festivals and competitions further afield, such as Wales, Brittany and Cornwall. 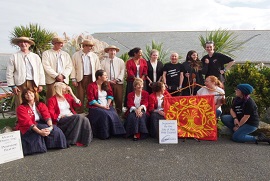 Regency Rejigged is a group of dancers based in the North West of England who dance at country houses, festivals, private functions, fund-raising events, stately homes, and Christmas Fairs. They perform dances popular from the 17th to early 19th centuries in Regency style costume, accompanied by their musicians, playing acoustic instruments appropriate to the period. Their dances are described by Jane Austen as the ‘good old English country dances’ and can be seen in films such as “Pride and Prejudice”. 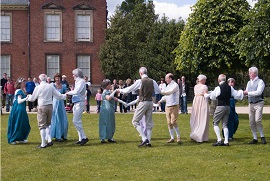 The return of the sheerer punjab bhangra group from Nottingham. The group won in 1982 and 1983 at this competition. And also won the Glynn Williams award in 1982.

Uzambezi Performing Arts is an on the South African music focused ensemble based in United Kingdom. They have performed in various places like Royal Albert Hall. The group is specialsed  in singing acapella music, but also in performing Zulu dance, gumboot dancing (a dance originated from South African miners).They have been commissioned to do projects for Nelson Mandela, the Queen s Golden Jubilee and with such venues at JF Kennedy Centre. Furthermore Uzambezi has remained down to earth performing at many a local village festival and remote rural schools. 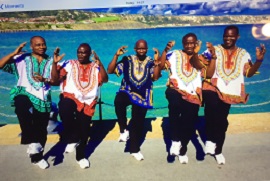