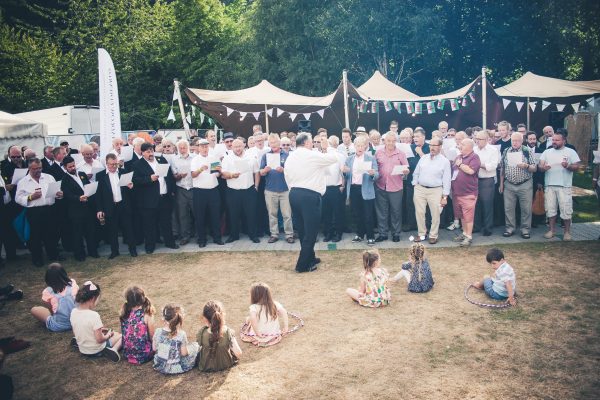 Eighty-nine tenors have created a new World Record after filling the Dee Valley with the sounds of iconic song Nessum Dorma, which was made famous by opera superstar Pavarotti’s performance at the World Cup in Italy in 1990.

The impromptu performance took place after the announcement of the winners of the Male Voice Choir category at the Llangollen International Eisteddfod yesterday evening [SATURDAY 8TH JULY], as performers spilled out of the pavilion towards the bar.

The song choice paid homage to the late Pavarotti, who credited the annual festival – which this year celebrates its 70th anniversary – with launching his career.

The formidable ensemble comprised tenors from choirs competing on the final day of the International Eisteddfod’s choral competitions, as well as enthusiastic members of the public. Joining the 89 singers was John Efion from Brythoniaid Male Voice Choir, who stepped in to conduct the group. 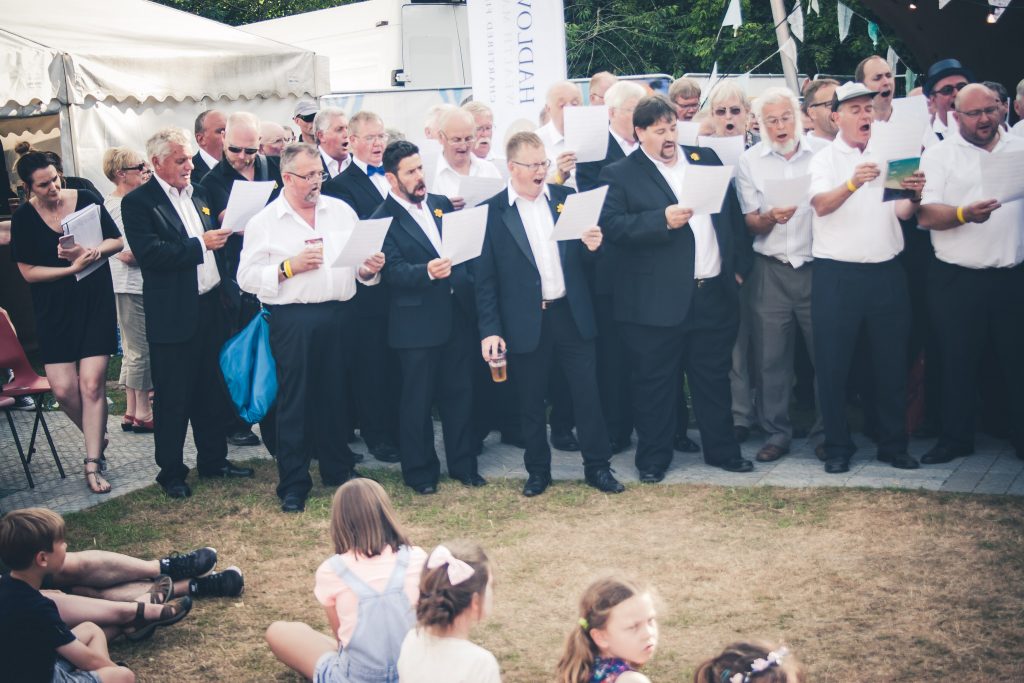 Pavarotti first performed at the International Eisteddfod in 1955 with with his father, Fernando, in a choir that travelled from Modena in Italy to compete in the male choir category, ultimately winning the prestigious title of ‘Choir of the World’.

Pavarotti made a triumphant return to the festival in 1995, performing once again on the stage of the Royal International Pavilion and lending his name to the trophy he raised with the 1955 Modena Choir, now known as the Pavarotti Trophy.

Speaking to media after the event in 1995, he said: “In 1995 on his triumphant return to Llangollen he said: “I always say that to the journalists when they ask me what is a day more memorable in my life, and I always say that it is when I won this competition because it was with all my friends.”

Music Director, Eilir Owen Griffiths, said: “The International Eisteddfod is a festival of music and performance and it has such strong links with Pavarotti, so this impromptu performance was a perfect celebration of our 70th anniversary.

“Our count confirmed 89 tenors and we believe that this is the largest collection of tenors to ever perform Nessum Dorma together as a group.

“With our Choir of the World competition taking place at the time, there was a significant presence of strong male voices, who used them to pay homage not only to the festival but also to the late Pavarotti himself, especially as we approach the tenth anniversary of the truly iconic singer’s death.”

Llangollen has staged the inspirational international cultural festival every year since 1947, when it was launched to help heal the wounds of World War II and bring people together through music.

The first year there was a fear that no-one would come, but now each year, around 4,000 performers and as many as 50,000 visitors from across the globe converge on the beautiful town of Llangollen and its International Pavilion to sing and dance in a unique combination of competition, performance and international peace and friendship. It is one of the world’s most multicultural festivals.

To purchase tickets for the Llangollen International Eisteddfod or for more information, click here.