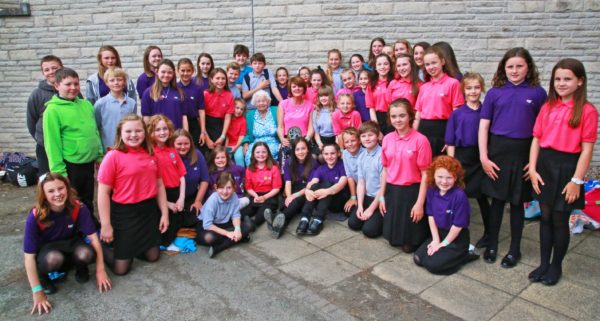 Cor Ieuenctid Mon took the top prize after a tough competition involving eight choirs from across Wales and England.

The choir’s musical director and conductor Mari Lloyd Pritchard wept tears of joy as she collected the international trophy and a cheque for £500 from Enid Evans, 94, of Bristol, who donated the trophy and prize money in memory of her brother, H Wyn Davies MBE and his wife Muriel.

Mrs Evans has been attending the Llangollen International Eisteddfod since 1947 and has missed very few over the last 70 years.

Mari Lloyd Pritchard, who runs her own arts management company, says it’s the first time the choir has competed at Llangollen and to win the competition was a remarkable achievement.

She said: “The children have worked so hard and I’m delighted for them. We rehearse at the chapel in Gaerwen with most members living on Anglesey although we do have one or two who live on the mainland.

“This is our 10th anniversary year and to win at Llangollen is a dream come true. You never know with competitions, you can only do your best and hope everyone has a good day. We knew we had done our best and that’s all you can do.” 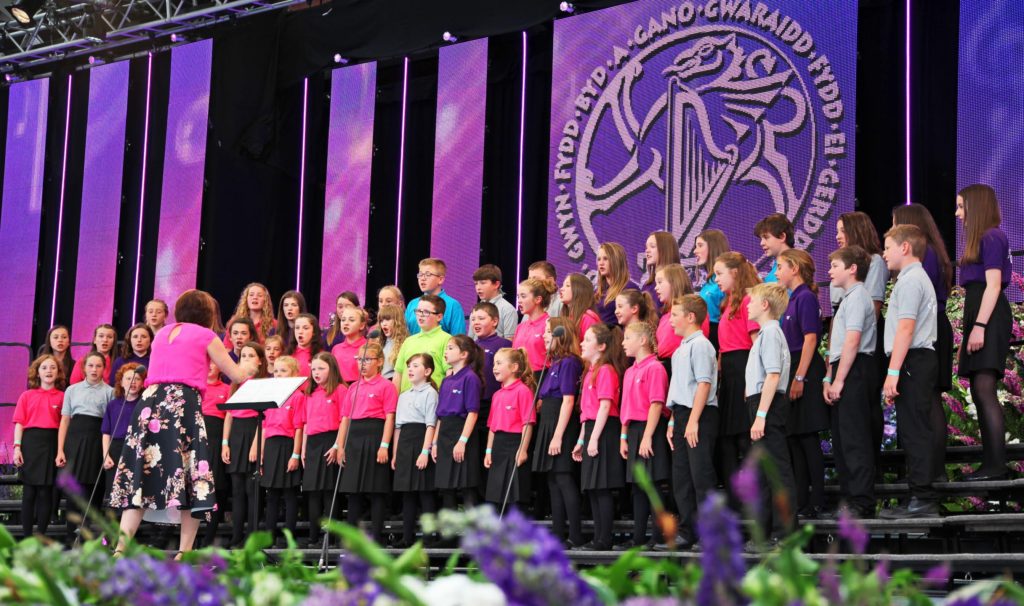 Enid Evans says she sang at the very first Llangollen Eisteddfod and despite living in Bristol for the last 60 years she always heads for Llangollen every July whenever she possibly can.

The retired teacher said: “I always enjoy attending the Eisteddfod and look forward to hearing the children’s choirs in particular. This year was an excellent competition and Cor Ieuenctid Mon were worthy winners.

“I sponsor the prize as my beloved brother, H Wyn Davies, and his wife Muriel, were faithful supporters of the Eisteddfod for many years.”

Royal composer Paul Mealor, who was one of the adjudicators, praised Cor Ieuenctid Mon’s performance.

He said: “It was a really tough competition with some fantastic children’s choirs competing. However, Cor Ieuenctid Mon stood out due to their energy and good diction. The music and singing came from deep in their souls.”