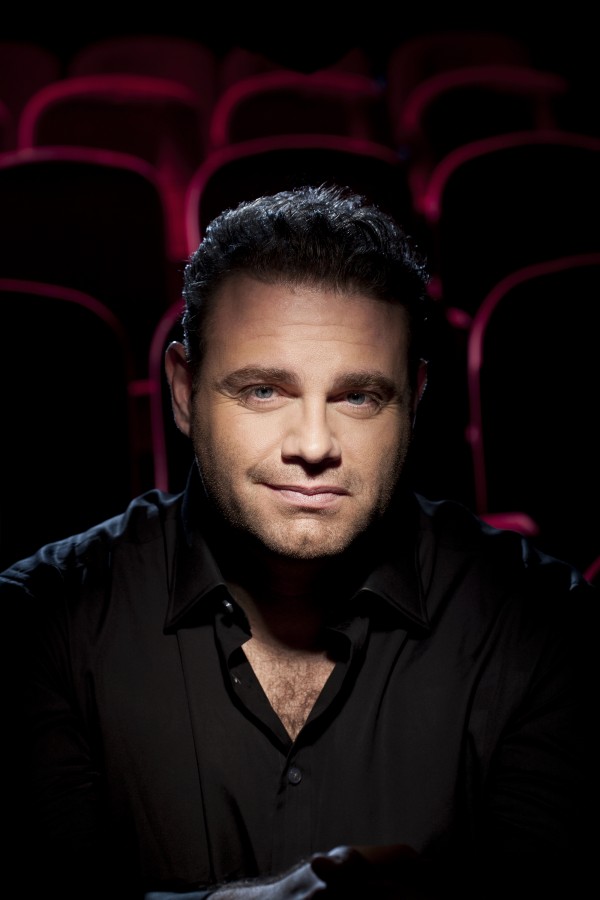 Superstar tenor Joseph Calleja will be fulfilling a long-held ambition when he appears at the Llangollen International Musical Eisteddfod.

Not only will he be following in the footsteps of his hero, Luciano Pavarotti, the Maltese singer will also be appearing with one of his best friends, the globally acclaimed bass baritone, Bryn Terfel.

Joseph and Bryn will be taking to the stage together for the Classical Gala Concert marking the 70th Llangollen Eisteddfod since the iconic festival was founded in 1947 to promote peace and harmony in the world.

The concert on Thursday, July 7, is being sponsored by the arts-loving care organisation Pendine Park who are also supporting the Katherine Jenkins which opens festival week on the Tuesday night, July 5.

According to Joseph, he knows  about how Luciano Pavarotti first tasted success at the 1955 Llangollen festival as a member of Corale Rossini, a male voice choir from Modena, Italy, and how he returned in triumph to Llangollen in 1995.

But the icing on the cake for Calleja is that he’s joining up with his old mate, Bryn Terfel for the Classical Gala Concert which he insists will be a wonderful evening and a true celebration of music.

He said: “I know all about Pavarotti and how he always said Llangollen was where it all started for him and how important the festival was to him.

“It must have been wonderful for him to have sung in the same choir as his father and then return so many years later as the world’s brightest star to perform a solo concert.

“To follow in his footsteps and appear on the same stage will be a dream come true as far as I am concerned.

“Performing with Bryn Terfel will be fantastic. It’s the first time I will have performed in a concert alongside a bass baritone. I’ve worked with Bryn at the Faenol Festival at Bangor in the past but that was with a number of other guest performers. 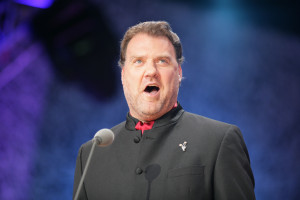 “This concert will be Bryn, and a wonderful and promising Welsh mezzo-soprano, Eirlys Myfanwy Davies, and I. That means I won’t be one of a number of guests it’s just about us. It’s going to be a really amazing evening.”

Joseph says he and Bryn Terfel have become really good friends and share a real passion for life, family and a good wine.

He said: “We have a very good chemistry and dynamics. We feed off each other from an artistic point of view. Bryn, like me, lives life to the full. We are both big men but in truth, he is one of the few that makes me look small when I stand alongside him!

“Bryn has told me all about Llangollen, as I said I know all about Pavarotti and his appearances at the festival and his love of appearing in North Wales.

“But Bryn has explained to me all about the history of the festival and how it was set up to promote peace, harmony and good music. It’s clearly a wonderful festival and I’m really very curious to learn more and sample what he tells me is a truly unique atmosphere.”

He added: “I think Wales and Malta have a great deal in common. There’s a real shared passion for politics, sport and, above all, song. And of course we both speak an ancient language.

Now 37, Joseph still lives in Malta and last year was elected into the Board of Directors of the European Academy of Music Theatre.

He was discovered, aged just 16, by tenor Brian Cefai and went onto win numerous awards including the Caruso competition in Milan and the 1999 Placido Domingo International Opera competition.

A Grammy-nominated recording artist, he was named Gramophone Artist of the Year in 2012 and has recently released his fifth solo album, Amore.

After being selected to serve as Malta’s first cultural ambassador he has also teamed up with Malta’s bank of Valletta to form the BOV Joseph Calleja Foundation which helps children and families in need.

Eilir Owen Griffiths, the Llangollen International Musical Eisteddfod’s music director, believes the Classical Gala Concert is going to be one of the highlights of this year’s festival.

He said: “Having Bryn Terfel or Joseph Calleja perform as solo concerts would be something special but to have them share the stage, performing together, is just amazing.

“This will be a evening of music and song that would grace any opera house in any major capital city in the world. So to be able to enjoy a major concert featuring two internationally acclaimed superstars in a small North Wales town like Llangollen is just unbelievable.

He added: “I’m so looking forward to this concert and, although I don’t know the programme yet, I really hope my dream comes true and these two superstars conclude the concert with the Pearl Fishers Duet. I think I really will be in heaven on earth if that were to happen.”