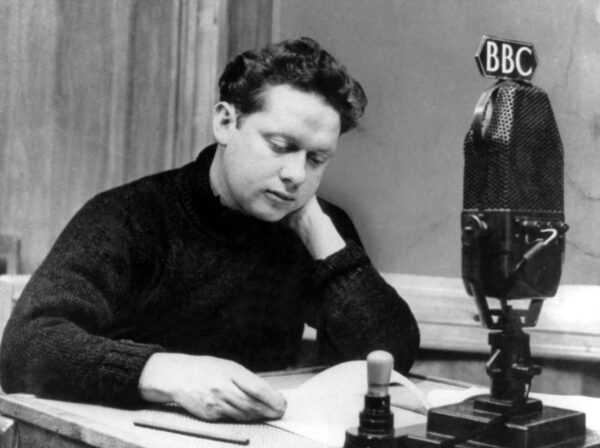 There are few stories from the 75 years of the Llangollen International Musical Eisteddfod which excite supporters more than the visit of Dylan Thomas in July 1953. He described his visit a few weeks later in a 15 minute broadcast for the BBC Home Service, and generated verbal images of the early Eisteddfod whose power resonates to this day. There are no known recordings of the broadcast, and so we have had to make do with the text, which was printed in the 1953 compilation “Quite Early One Morning”, though several television programmes about the festival have used Thomas’s words, voiced by a Welsh actor.

Up until a few months ago we knew nothing about the poet’s visit to Llangollen, except for the text of the talk, the fact that the BBC paid him 20 guineas, and locals’ reminiscences of talking with him during visits to the bar of the Wynnstay Hotel (now called “The Three Eagles”). Things have changed. The comprehensive archive of the poet’s literary work and life has been digitised in a joint project involving the University of Texas at Austin, Swansea University, and the Dylan Thomas Trust. It became available on-line in May 2021. 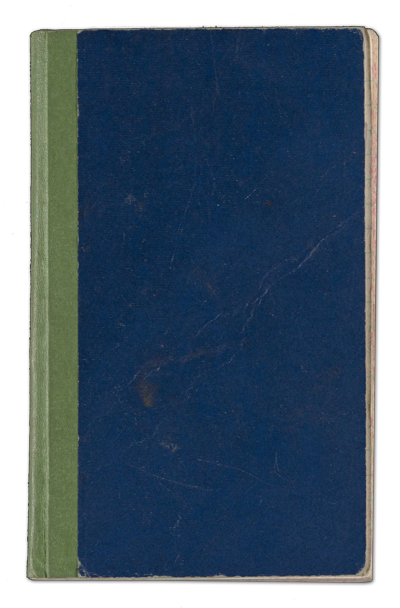 The joy for Eisteddfod fans is that the on-line material includes three items relating to the 1953 Llangollen visit. There’s a handwritten draft of the radio talk, and also a working typescript; both contain lots of alterations showing how the story and language developed. The star attraction, however, is a scan of the notebook Thomas kept during the few days of his visit; less than 30 pages of the small blue-covered cash-book are used, but almost every page contains gems which show the immediate emotional response of the poet to the Llangollen experience.

It is clear that he much appreciated the deeply human messages of the songs and dances; for instance, There are numerous references to the pretty girls – Czech, Yugoslav, Spanish – he spotted in the folk choirs and dance groups, and the “come-hither looks in every dance language” of the courtship dances. He was much taken with a performance by a dance group of farmers from Holland, eight married couples, ages young to old, with a pair of dances called “Throw out your wife” and “You can’t catch me”. He also records how Burgundian dances celebrating the grape harvest and its transformation into wine did not appeal to the “grimmer” members of the audience, because of drinking being shown on the stage. But he does also report the enthusiasm of the rain-sodden listeners standing outside the marquee to hear Canteras de Madrid.

We can read the tentative first exploration of the metaphor for the marquee which ultimately became “the ship of a tent”. Sadly, the notebook doesn’t record anything about his response to the Oberrnkirchen choir, the famous “pigtailed angels”. He was fascinated by the autograph hunting, and speculated about exchange rates for signatures – three Ukranians for one Javanese. He proposed that the Eisteddfod was “not just dancing and music – it’s ways of lives (sic) meeting in this green vale of Wales“; this was accompanied by a suggestion that future Eisteddfodau should include cafés from all the competitor countries. 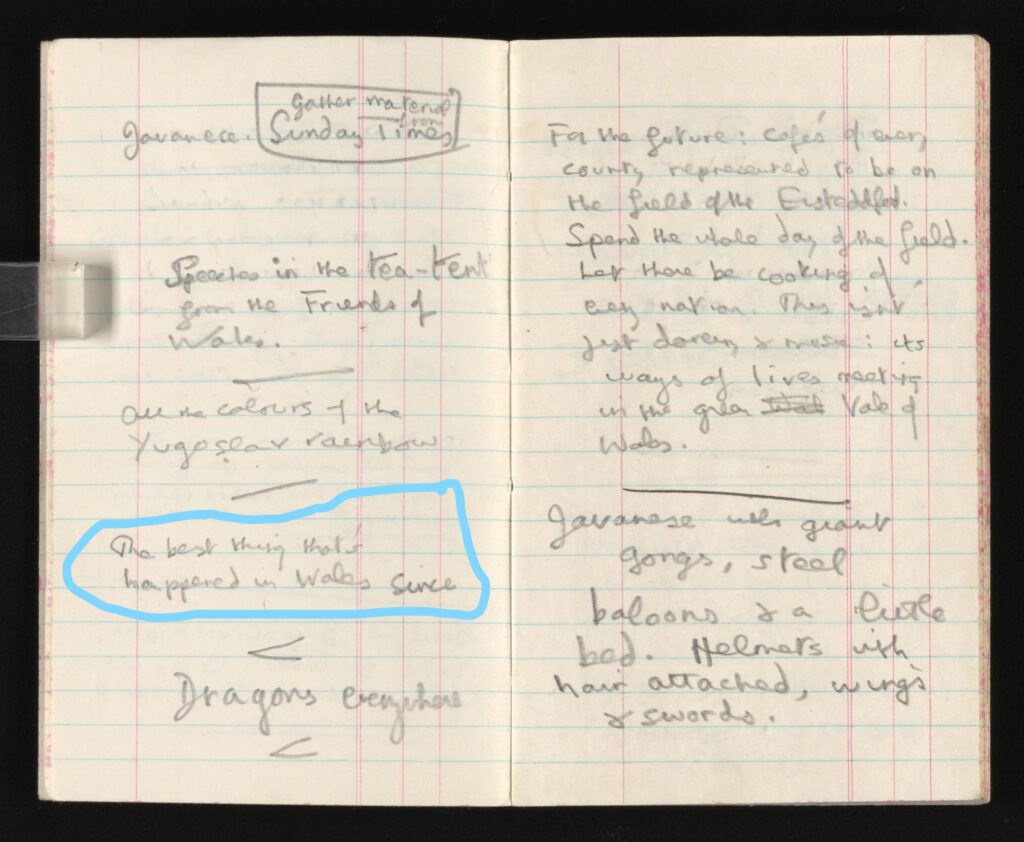 There is a succinct summation of his overall response to the festival: “The best thing that’s happened in Wales.” The word “since” was added later. As if he couldn’t find a comparison.

The papers also reveal an interesting insight into one of the most frequent quotes from the radio broadcast. “Are you surprised that people still can dance and sing in a world on its head? The only surprising thing about miracles, however small, is that they sometimes happen.” In the first manuscript the text is “however humble”, but it’s revised in the final version to the less evaluative “however small”.

Finally, we get some insights into the practicalities of the visit. He was accompanied by Aneirin Talfan Davies, his BBC producer and himself a note Welsh Bard. They stayed at the Boot Inn at Whittington. The notebook includes train times for the journey from Whittington to Llangollen.

See it for yourself! The scan of the notebook can be found on-line at https://hrc.contentdm.oclc.org/digital/collection/p15878coll98/id/1899