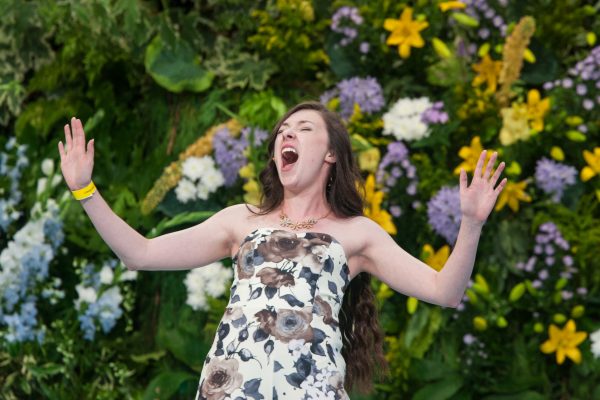 A Wrexham performer who was named the Llangollen International Musical Eisteddfod’s 2017 International Voice of Musical Theatre is gearing up to tread the boards on Australia’s Gold Coast on Sunday 15th October.

As part of her prize, 22-year-old Megan-Hollie Robertson will join hundreds of exceptional performers in the Gold Coast Eisteddfod’s Musicale. The show is a rousing celebration of musical theatre and one of the highlights of the seven-week long Australian festival of dance and music.

Megan-Hollie wowed audiences and adjudicators with her performances of Home from Beauty and the Beast, The Girl in 14G and Perfect from Edges on the stage of the Royal International Pavilion in July.

Since winning the prestigious title Megan-Hollie has not only been preparing for her Antipodean adventure, she has also completed a two-month pantomime tour of Wales and Somerset, performing Mother Goose, and achieved her second degree – a BA (Hons) in Theatre from the Guildford School of Acting.

And if that wasn’t enough, audition opportunities have also been flooding in for the talented performer.

“I’ve always been active on the audition circuit,” said Megan-Hollie, “but it is incredible how many doors have opened since adding the title of Llangollen International Musical Eisteddfod’s International Voice of Musical Theatre to my CV.”

Megan-Hollie, who has previously only travelled as far as Italy, will take to the skies with on 10th October and perform at the musical extravaganza on Sunday 15th October, after only a day’s worth of sound checks and rehearsals. 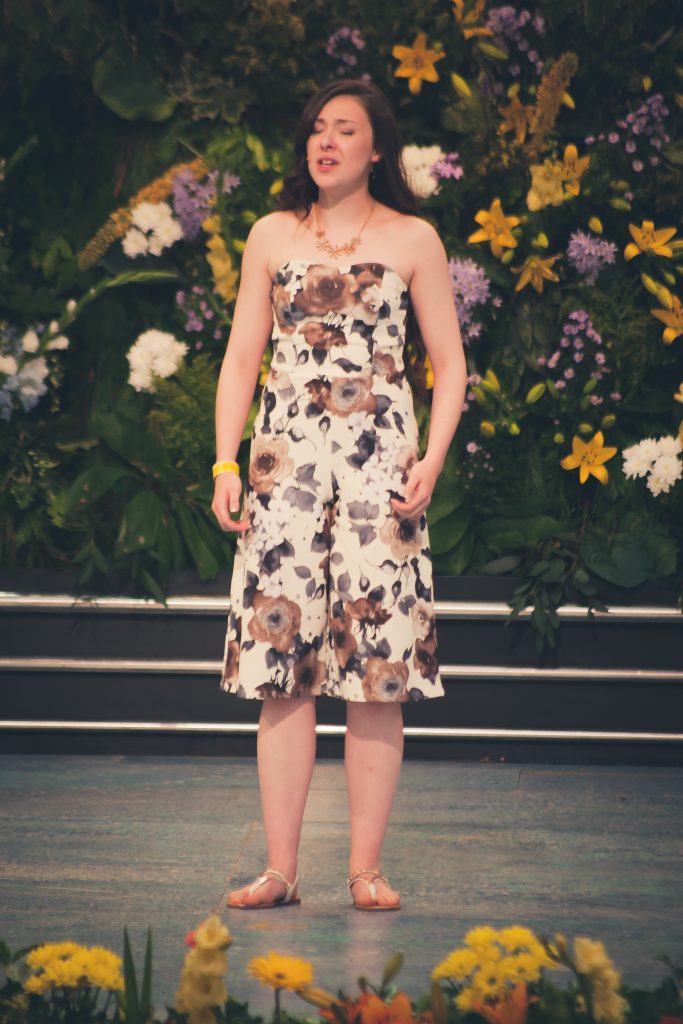 Megan-Hollie will be reprising two of the songs she sang at Llangollen in July, Home and The Girl in 14G, as well as performing internationally renowned scores The Sound of Music and Life I Never Led from Sister Act.

“This really is going to be the trip of a lifetime for me,” said Megan-Hollie. “I’m so excited to perform at the Musicale along so many of my peers, it’s a dream come true.

“While I am in Australia I am also going to be fulfilling a lifelong dream to have a backstage tour of the Sydney Opera House with my family, which is what I used the prize money for.

“I’d urge anyone with a passion for music and performance to enter the Llangollen International Musical Eisteddfod’s competitions and go into it aiming to have a wonderful day out doing what they love. That’s all I did and look where it got me!”

The 2017 International Voice of Musical Future winner’s visit to the prestigious Australian festival has been covered completely by the Gold Coast Eisteddfod, a prize that will be up for grabs once again at the Llangollen International Musical Eisteddfod 2018.

Judith Ferber, the Gold Coast Eisteddfod’s General Manager, said: “We are looking forward to welcoming Megan-Hollie and seeing her perform at the Musicale. Our partnership with the Llangollen International Musical Eisteddfod allows us to celebrate musical talent from across the globe, in the shared spirit of friendship, passion for music and performance.

“For that very reason, in 2018 we will once again be partnering with the festival to offer the winner of the International Voice of Musical Future competition the opportunity to perform here at the Gold Coast Eisteddfod 2018.”

“We would like to thank Judith and the team for welcoming our 2017 winner Megan-Hollie and once again agreeing to offer this fantastic prize to the winner of the 2018 International Voice of Musical Future competition.”

The Llangollen International Musical Eisteddfod is currently accepting entries for group categories. The deadline for Group, Ensemble and Dance Categories is Friday 24th November 2017. Entries for soloists will open in December – visit www.eisteddfodcompetitions.co.uk for more information.