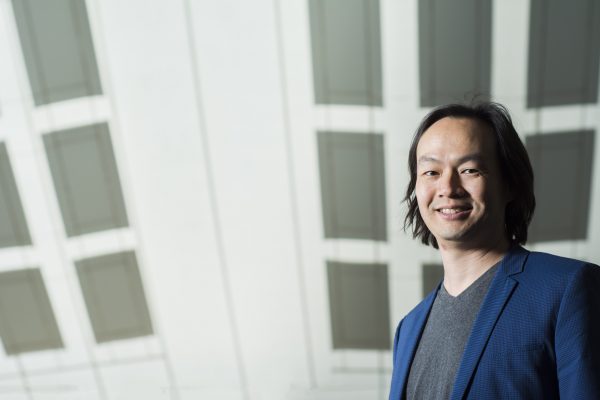 Grammy award-winning American composer, Christopher Tin, made his first ever visit to Llangollen on Monday 10th April, ahead of his performance at the International Eisteddfod’s 70th anniversary festival in the summer.

Tin, whose composition for the iconic video game Civilisation IV Baba Yetu scooped the first ever Grammy for a game theme, was greeted by the International Eisteddfod’s officers and members of The Llangollen Celebration Chorus. He was then given a tour of the Royal International Pavilion, where he will perform on Wednesday 5th July.

Communicating the message of global unity, the first half of the concert will present audiences with a spectrum of music from symphonic overtures to video game fantasies. In the second half of the concert, there will be a special performance of Tin’s song-cycle Calling All Dawns, which includes Baba Yetu.

The song-cycle, which is sung in 12 different languages and will feature special performances from international competitors, comprises three individual movements – day, night and dawn – each corresponding to a different phase of life. 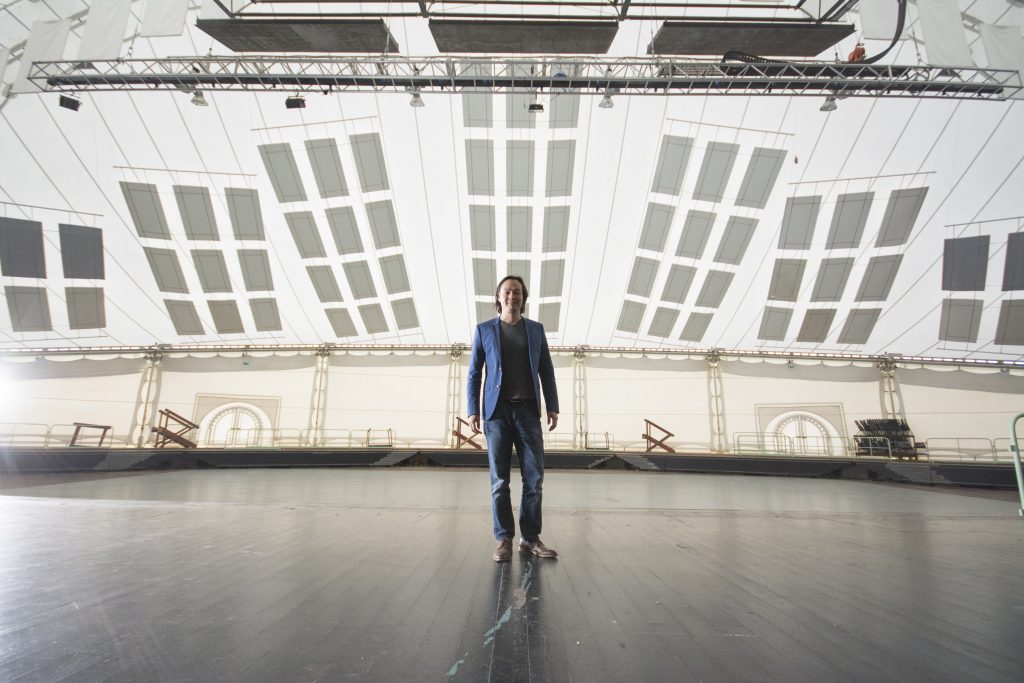 “Meeting the team behind this fantastic event and the Llangollen International Celebration Chorus, who I will have the pleasure of conducting, has made today’s visit an inspirational and enjoyable experience,” says Tin. “The message of peace and unity is the very foundation of the International Eisteddfod and this has great synergy with my composition Calling All Nations, which focuses on the notion of unity regardless of race, culture or religious belief.”

“I’m honoured to be joining not only a host of talent for the performance of Calling All Nations, but also a spectacular line up for the week’s festival and a long list of outstanding performers who have graced the International Pavilion’s stage.”

Eilir Owen Griffiths, Music Director at the International Eisteddfod, adds: “Christopher’s appearance at the Llangollen Eisteddfod will be a real treat for spectators. They will hear myriad languages and musical styles, songs of joy, mystery, sorrow and hardship and well as songs of triumph and exultation.“

“With Classic FMs Andrew Collins on hand to guide the audience through the performance, it’s sure to be a moving and inspirational evening.”

Chris Ryan, Group Secretary at world-leading manufacturer of wood-based panels, Kronospan, sponsors of the concert, added: “Innovation has long been at the heart of what Kronospan does, so we feel great affinity for other innovators and trailblazers.

“Christopher Tin’s work not only reflects the ethos of the Llangollen Eisteddfod, it demonstrates boundless creativity and innovation which we value. His song-cycles combine many world music vocal traditions and multiple languages in symphonic context, bringing classical music to wide and varied audiences. We look forward to experiencing his work in July.”

Ticket are on sale here