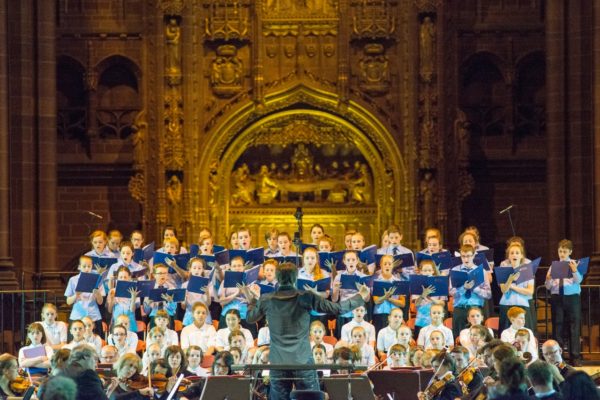 A CHILDREN’S choir who enchanted a global audience of almost a billion when they sang John Lennon’s Imagine at the 2012 London Olympics are heading for an iconic international festival in North Wales.

Liverpool Philharmonic Youth Choir joined forces with other young singers from the city to perform a spell-binding rendition of the former Beatle’s 1971 peace anthem Imagine at the closing ceremony of the Games.

And their appearance at the glittering event was beamed around the world to be watched by over 900 million people.

The choir will once again be performing on a world stage when they take part in the Senior Children’s Choir competition at the 70th Llangollen International Musical Eisteddfod on Thursday July 7.

According to Liverpool Philharmonic’s Youth Ensembles officer, Vicky Ciaputa, the group due to appear at the iconic cultural festival will be one of the largest ever to take the stage in recent years and every one of the 48 young choristers is looking forward to their appearance.

She said: “The choir has been coming over to Llangollen to compete in the Eisteddfod for many years and it’s always a real thrill being there and a very special occasion for them.”

The choir regularly sings with the Royal Liverpool Philharmonic Orchestra and the Philharmonic Choir in high-profile concerts and special events.

Their repertoire covers a wide variety of musical styles including classical, jazz, folk, and world music, with new commissions regularly being written especially for them.

An unforgettable moment came with their appearance at the London Olympics four years ago for which the youngsters, along with members of Liverpool Singing Choir, wore striking white Imagine tee-shirts.

Applause rang around the vast stadium as original footage of John Lennon from the famous July 22, 1971, Imagine photoshoot, exclusively remastered by his wife Yoko Ono, was shown on a massive screen. 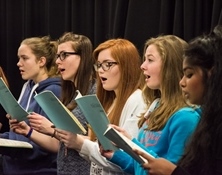 As the performance ended dancers carrying 101 fragments of a broken sculpture formed the face of Lennon in the centre of a Union flag.

Another high profile appearance for the Philharmonic Youth Choir came in 2013 when they performed at the BBC Proms alongside the Royal Liverpool Philharmonic Orchestra at the Royal Albert Hall in The Big Proms Bear Hunt with Michael Rosen.

In 2014, the choir appeared alongside the Philharmonic at the Hillsborough Memorial concert at Liverpool Anglican Cathedral and also performed James MacMillan’s Little Mass with the Royal Liverpool Philharmonic Orchestra and Choir.

Eisteddfod Musical Director Eilir Owen Griffiths, an acclaimed choral conductor and composer himself, said: “The Liverpool Philharmonic Youth Choir are one of the very best choirs in their field and they have a long association with Llangollen.

“We’re always delighted to welcome them and especially as there is such a strong bond between North Wales and the city of Liverpool where there is still a strong Welsh presence.”

Viki Ciaputa added: “Being chosen to sing at the end of the 2012 London Olympics was a particular highpoint as it was a real privilege for the choir to represent the city of Liverpool and the North West of England at such an incredible event.

“Liverpool has been chosen as a Unesco City of Music and there will no doubt be many events organised to celebrate this, which we are hoping to be involved in.

“The choir has also recently performed twice with Royal Liverpool Philharmonic Orchestra, in performances of Carmina Burana in February and St Matthew’s Passion in March. (MARCH 23)

“These appearances have helped prepare the choir for Llangollen International Musical Eisteddfod, where they are now recognised as one of the top choirs and in 2014 our Artistic Director, Simon Emery, was awarded the prize for the Most Inspi 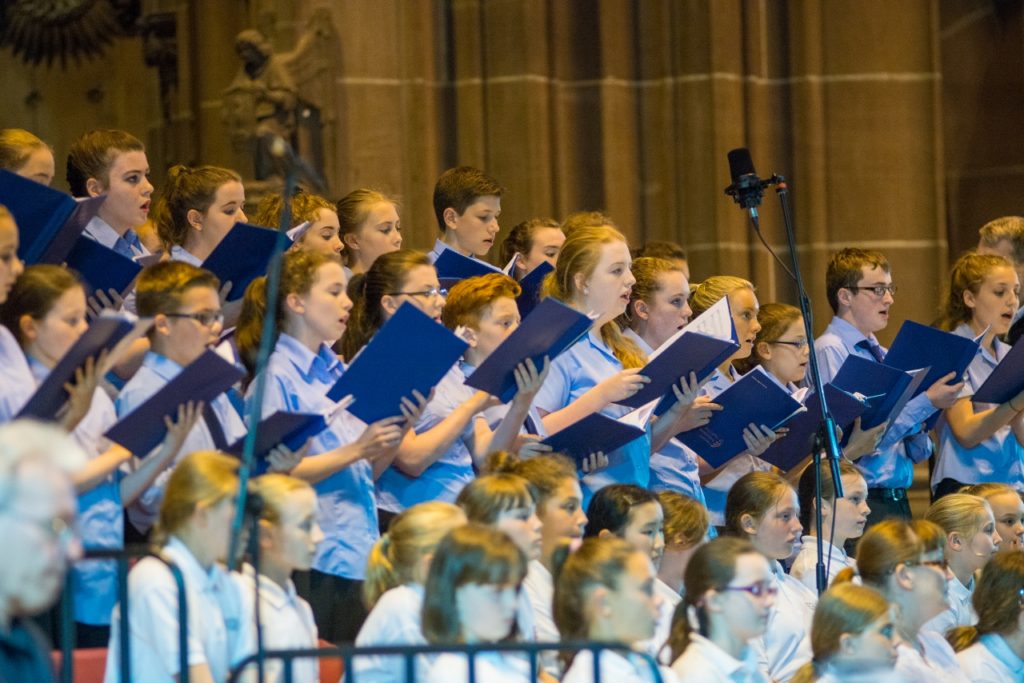 “As choir members come from lots of different schools, including those not only in Liverpool but also from places like Cheshire, Greater Manchester and even North Wales, they don’t meet up all that often.

“But Llangollen gives these young people with a passion for music a wonderful chance to get together, explore new ideas and meet like-minded people in a very friendly atmosphere.

“Everyone is looking forward to visiting Llangollen again and we’ll be bringing over 48 choristers, which is one of the largest choirs we’ve ever fielded.”

This year’s Eisteddfod, which begins on Tuesday, July 5, will attract competitors from even further afield and concert ticket sales are already going well, especially for the opening night when Katherine Jenkins gets the programme off to a sensational start as she sings Bizet’s Carmen.