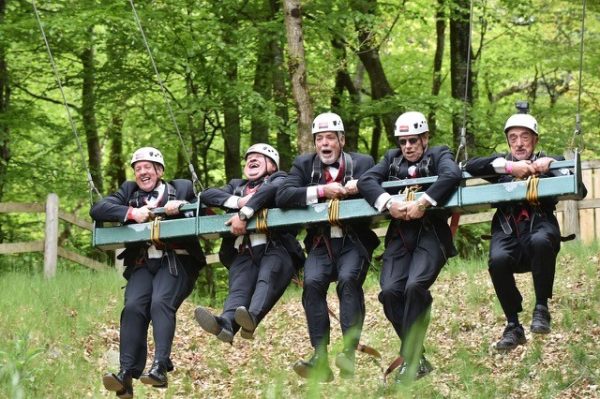 The Welsh hills were brought alive with the sound of music last week, as members of the Froncysyllte Male Voice Choir demonstrated their vocal technique whilst swinging through the sky on Europe’s highest five seater swing.

Hoisted at over 80ft in the air, members aged between 60 – 80 years were put through their vocal paces, holding their notes, not breath, whilst reaching dizzying heights in preparation to sing under pressure at this year’s International Eisteddfod.

Based a short distance from Llangollen, the Fron Male Voice Choir was formed in 1947 specifically to compete at the second International Eisteddfod. The choir’s 72 choristers come from all walks of life and include policeman, undertakers, teachers, cooks, bankers, accountants, bakers, construction workers and retirees.

Competing at Llangollen International Musical Eisteddfod is a huge opportunity for choirs throughout the world especially for the Fron Choir with two of its founding members both aged 86 still singing in the choir today! 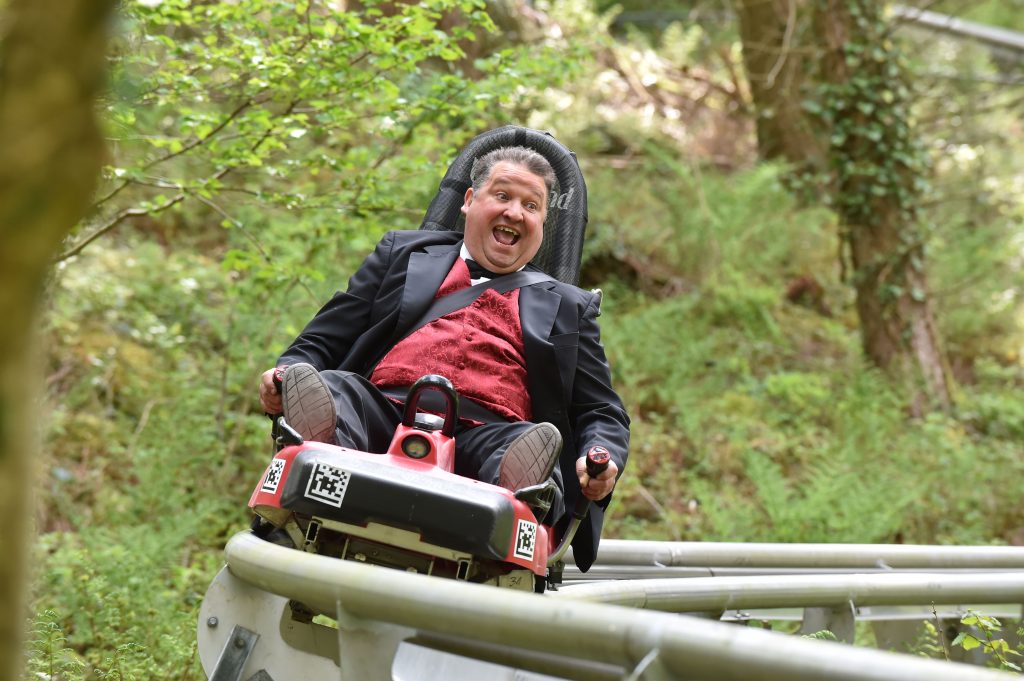 “Competitors in this year’s Eisteddfod are taking their preparation in the lead up to the festival very seriously.

“The International Eisteddfod is at the heart of the local community in Llangollen and it is truly special for us to welcome the Fron Choir back for its 70th year, especially following their exceptional training program displayed at Zip World last week.”

The Llangollen International Musical Eisteddfod will run from Tuesday 3rd July to Sunday 8th July 2018.  As well as a series of evening concerts featuring Alfie Boe, Van Morrison and Kaiser Chiefs, The Hoosiers and Toploader, there will also be live performances from competitors, emerging bands, musicians and street performers from across the globe, as well as activities to entertain the children and food, drink and local craft stalls.