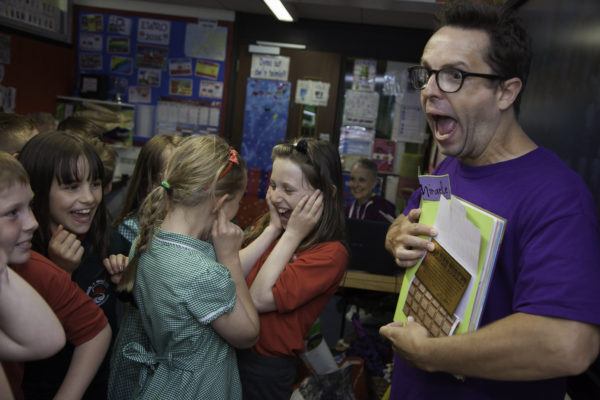 The colourful cast of “scrumdiddlyumptious” will come to life at an iconic music and dance festival.

The centenary of the birth of a Welsh-born literary genius, Roald Dahl, will be celebrated at the Llangollen International Musical Eisteddfod.

The programme will include Three Little Pigs by Paul Patterson, dancing by Kajal Sharma, the International Peace Message by Rhosllannerchrugog’s Theatr yr Ifanc  and a few extra surprises also.

Characters such as Fantastic Mr Fox, Willy Wonka, Matilda and her nemesis Miss Trunchball will all play a part thanks to the Denbighshire Schools Takeovers 2016 project. 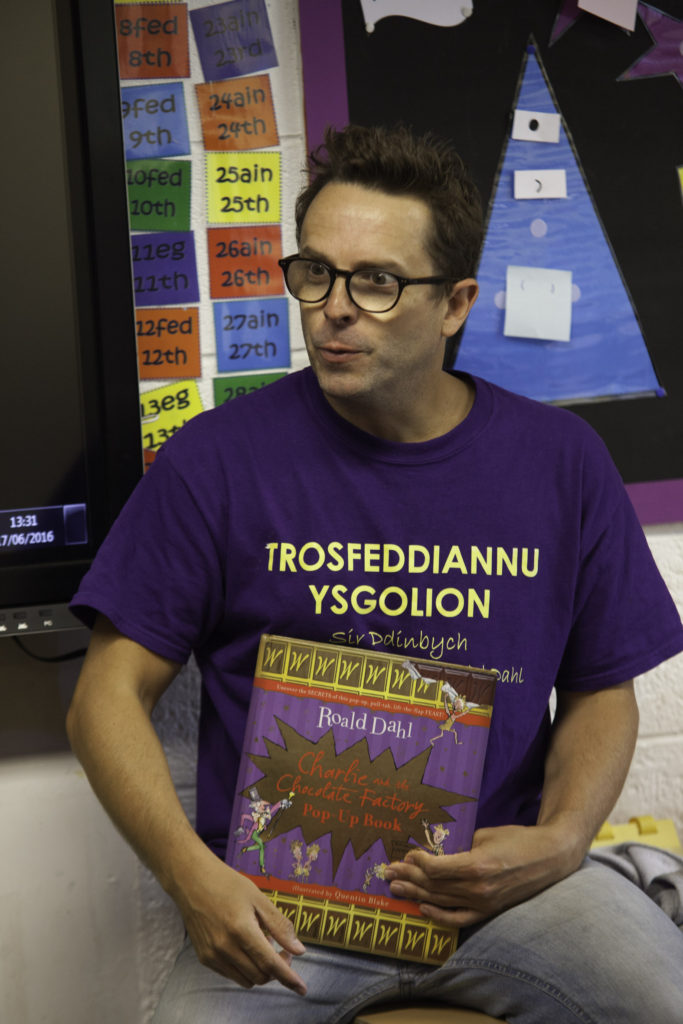 The project will see 24 of the county’s primary, special and secondary schools take part in Roald Dahl workshops and will culminate with a promenade performance involving a company of young Ysgol Dinas Bran pupils.

Denbighshire Education and Children Service’s curriculum enrichment officer Sarah Dixon says the Llangollen International Musical Eisteddfod will be the finale of what has been an amazing project.

Speaking at workshops being held at Llangollen’s Ysgol y Gwernant, she said: “This is our 20th school so far and by the time we finish we will have reached more than 3,000 pupils.

“We are looking at different Roald Dahl books and characters with each school. We arrive at participating schools early so we are ahead of Breakfast Clubs.

“We decorate the school with balloons and Roald Dahl-themed art work and we all wear project tee-shirts.

“The workshops include storytelling and drama, musical theatre and puppetry and mask making. Each of the 23 participating schools will make a large puppet based on a Roald Dahl character which will be worn by a pupil from the school.

“The 23 puppets will be paraded through the Eisteddfod field ahead of the promenade performance.

“Literacy is the golden thread that runs through every school subject and we want to encourage children to not just read but enjoy what they read.

“I’m really looking forward to the International Eisteddfod’s Children’s Day and what will be something new and exciting.”

Theatre director Bethan Mascarenhas, who also runs the project’s musical theatre workshops, said: “Children’s Day at this year’s International Eisteddfod is going to be a spectacular celebration of Roald Dahl.

He said: “The promenade performance, which I am directing, involves a company of young actors from my old school, Ysgol Dinas Bran. The performance will start on the main stage and will then move around the Eisteddfod site. 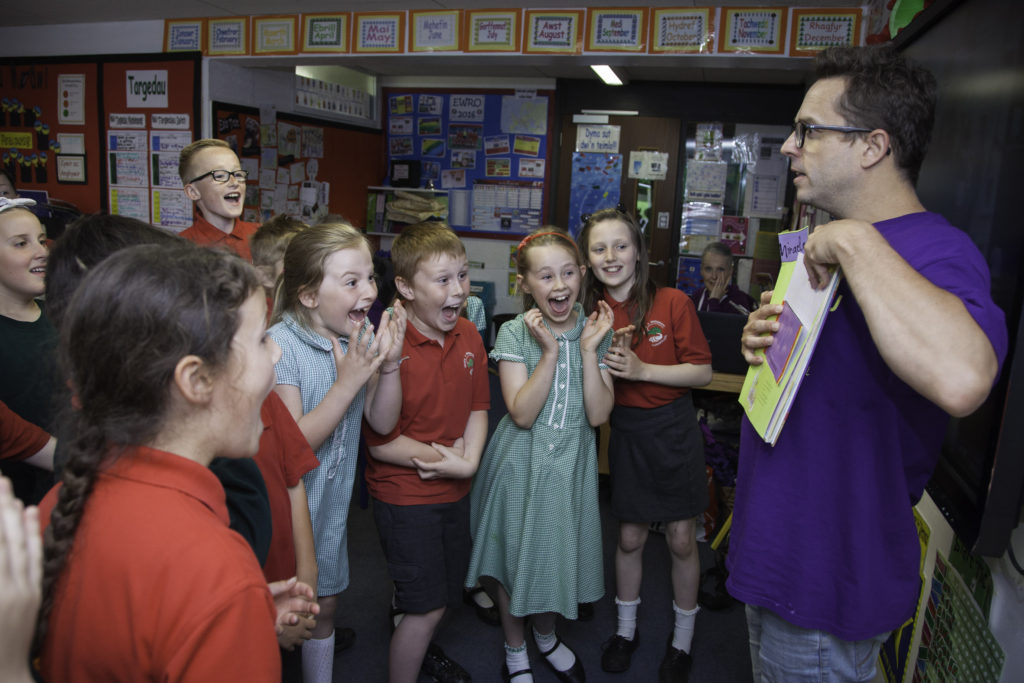 “It’s going to be spectacular and something really special and of course we will have the parade of Roald Dahl character-themed puppets that each school participating in the project have made.”

“I have really enjoyed going into schools and working with pupils during musical theatre workshops. We include children of all ages from nursery all the way up to year 10.

“It’s been amazing as schools, both pupils and teachers, have really engaged with the project and shown so much enthusiasm.

“I think it helps that we have moved away from that high-pressured learning environment and instead have encouraged learning through the arts such as dance and acting.”

Professional actor Sean Jones, of Denbigh, who has toured with the stage production of Blood Brothers and who regularly plays the comic in Rhyl’s annual pantomime, said: ““It’s been amazing and really good fun. It’s clear the children have loved every minute of it. I hope it encourages children to read and enjoy books as well as giving drama and acting a try.”

Manon Roberts, a teaching assistant at Ysgol y Gwernant, sat in on workshops and says pupils have thoroughly enjoyed the project.

She said: “It’s been amazing and the children have really engaged with the whole Roald Dahl experience. Of course many of the children are already aware of the characters and can relate to the stories.”

Molly Jones and Llyr Jones, Ysgol y Gwernant Year 4 pupils, had the chance to act in a scene from Willy Wonka and the Chocolate Factory a storytelling and drama workshop run by actor Sean Jones.

Molly said: “Willy Wonka is a really funny book and I enjoyed hearing the story and playing a part. It was a bit silly but good fun.

“I like Roald Dahl books; there are always funny and silly characters that make you laugh.”

Llyr added: “I like Roald Dahl books and Willy Wonka is my favourite. It wasn’t like a normal lesson and we could be a bit silly which was good fun.

“The actor who read the story was very good and made us all laugh a lot. It’s been really, really good fun.”

He said: “It’s what the Eisteddfod is all about and it’s certainly a day I always look forward to every year. This year Children’s day, which will be held on Wednesday July 6th will be a day of celebration in what is Roald Dahl’s centenary year.

“There is so much going on including a promenade performance which promises to be something completely different. There will also be international dance groups, choirs and workshops as well as giant bubbles, stilt walkers, Bollywood dancers and African drumming.”

“Children’s Day is special and uniquely Llangollen. The festival quite simply wouldn’t be the same without it.”