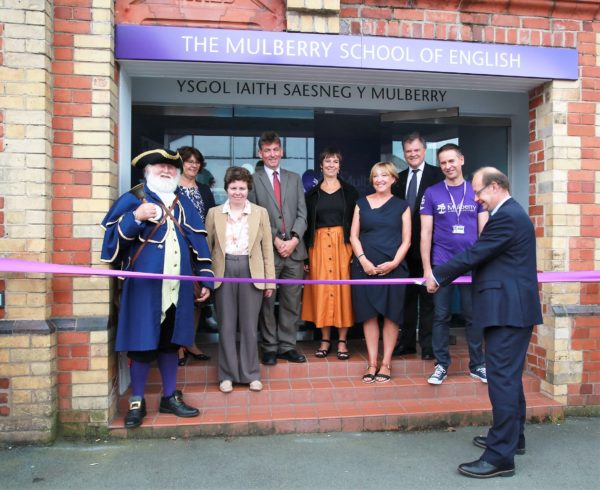 After successfully trading under the name of ECTARC from its base in Parade Street for a number of years, the school has now been re-branded as The Mulberry School of English.

And at its fanfare official opening, its executive director, Vincent Iannucci, gave details of the Mulberry Prize launched at this year’s 70th Eisteddfod.

He said: “Each year the Eisteddfod attracts many international competitors and this year alone there are some 4,000 taking part in the festival.

“For the first time the new prize has been offered to all these performers by way of celebrating the Eisteddfod’s milestone year.

“To enter all they had to do was say what they’d enjoyed most about their stay in Llangollen and, after judging, the winners’ details will be posted on our Mulberry Facebook page by August 31.

“First prize is a £1,000 scholarship which includes two weeks’ tuition, accommodation and all airport transfers. All they have to do is pay their own air fares.

“Second and third prizes were one year’s access to our online learning programme, including tutorials with one of our teachers via Skype.

“I’m delighted to say the prize will be offered each year to Eisteddfod competitors.” 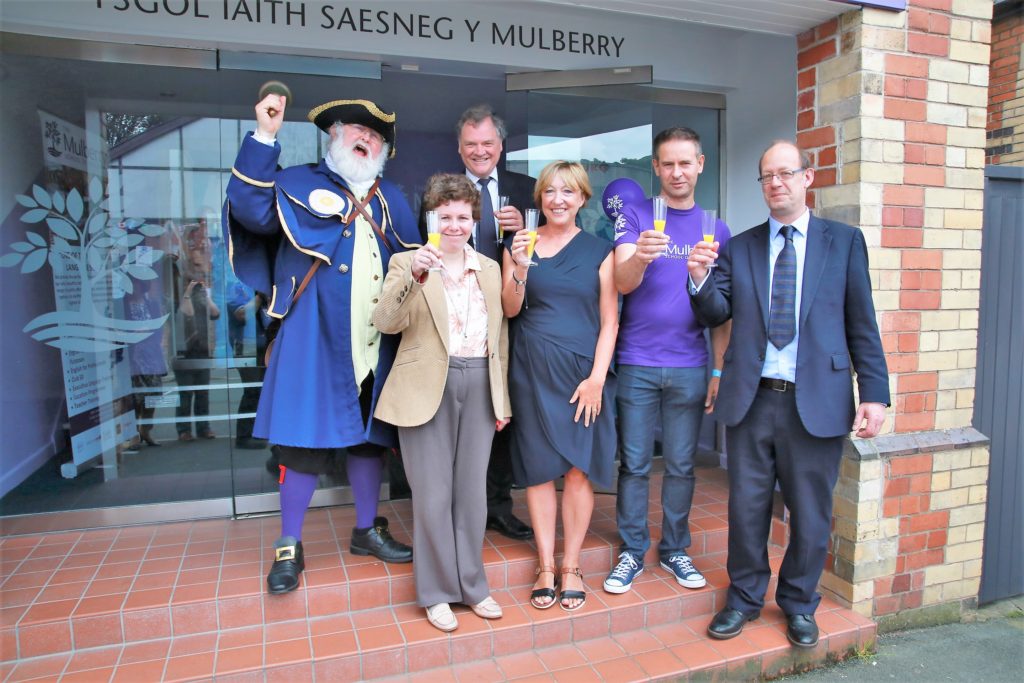 He added: “At the ceremony we were celebrating the re-launch of our organisation as a fully fledged international language school in line with Llangollen’s history of internationalism fostered by the Eisteddfod.

“It’s certainly true that this town is where Wales welcomes the world.”

Over the course of the week TMSE has played host to a number of special performances by Eisteddfod competitors, including the Musica Oeconnomica Pragensis from the Czech Republic and the Pangudi Luhu Choir from Indonesia.TMSE

also sponsored the traditional parade of competitors from the Eisteddfod field into the heart of Llangollen on Friday afternoon.

Eisteddfod Vice Chairman Nick Jenkins, who was amongst VIP guests at the language school’s re-launch, said: “We are delighted to have worked closely with The Mulberry School of English when it was known as ECTARC and very much welcome their on-going support in terms of the new prize for competitors and sponsorship of our parade.

“I hope the great relationship we have with them can continue for many years to come.”