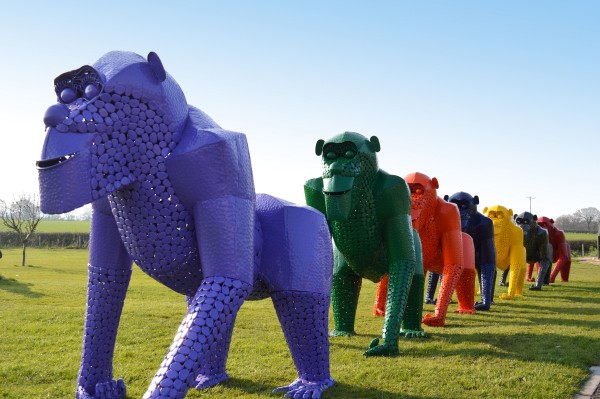 Their creator is Clive Knowles, 53, chairman of the British Ironwork Centre, who are supporting this year’s Eisteddfod.

Last year a single giant gorilla sculpture made from 20,000 caused a sensation on the Llangollen Eisteddfod field and Clive is expecting an even bigger reaction this time.