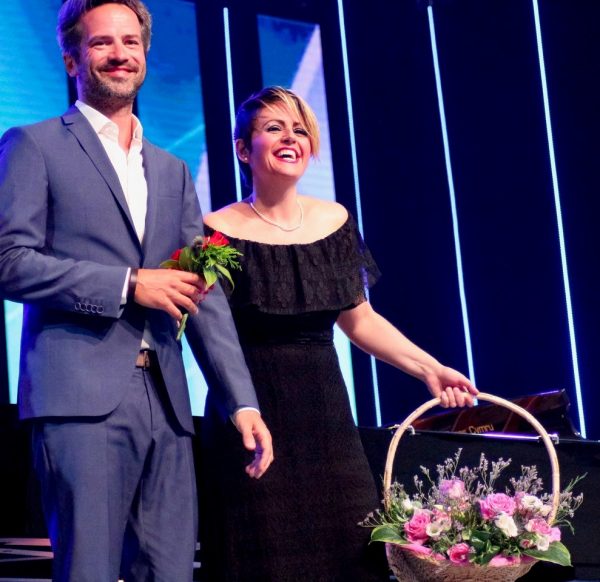 The second day of the Llangollen International Musical Eisteddfod was brought to an emotional and uplifting close as Coleen Nolan and Amber Davies, led a packed R 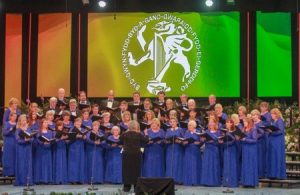 oyal International Pavilion in a live nationwide singalong of the iconic Beatles hit With a Little Help from My Friends.

The performance was the culmination of Endemol Shine North’s attempt to assemble a choir of unsung NHS heroes, singers from the pop world and singers live at locations across the UK, to try and smash the world record for the biggest live singalong to ever be broadcast on radio.

Earlier in the evening, finalists of the renowned Pendine International Voice of the Future competition stunned the audience with breath-taking, world class performances, with Charlotte Hoather, from Cheshire, named the 2018 champion.

Following the moving two piano collaboration, the Cantorion Sirenian Singers took to the stage. The formidable 50-strong mixed voice choir from North Wales, which was the first ever Welsh choir to win the Choir of the World trophy at the International Eisteddfod in 1998, delivered a rousing finale that included choral favourites such a 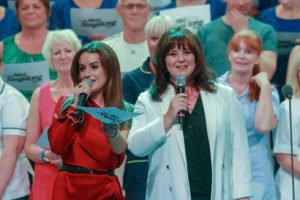 Speaking after the performance, Vicky Yannoula, Music Director at the Llangollen International Musical Eisteddfod, said: “Having the opportunity to perform on the Pavilion stage – during my very first International Eisteddfod and alongside the internationally acclaimed Peter Jablonski – was thoroughly exhilarating.

“Combined with the new and exciting choral talent showcased in the prestigious Pendine International Voice of the Future competition and the formidable performance by the Cantorian Sirenian Singers, the evening was a truly world-class celebration of classical music and it was an honour to be part

Dr Rhys Davies, Chairman of the Llangollen International Musical Eisteddfod, added: “Having worked as a GP within the NHS it is an organisation that is extremely close to my heart. We were honoured to be part of the big singalong, which was a fun and inclusive way to say thank you to the unsung heroes that keep the NHS running and join the nation in the celebration of its 70th anniversary.

“Our recognition of the NHS will continue on Thursday 5th July, when we welcome Olwen Williams OBE as Day President, honouring her own inspirational NHS career.”