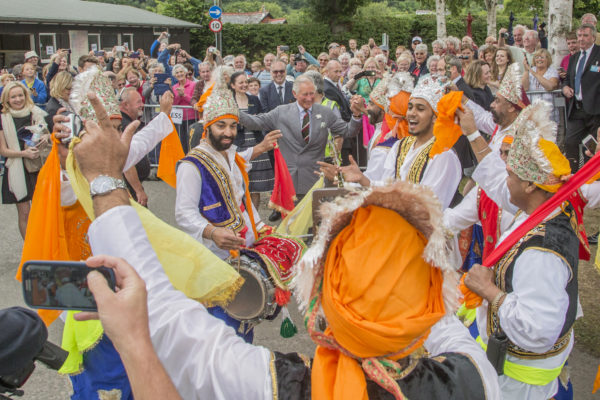 The Llangollen International Musical Eisteddfod, which was set up to promote peace and harmony in the aftermath of the Second World War, and this month it celebrates an historic milestone, has seen an upsurge in the number of groups entering its competitions.

Singers and dancers from Kyrgyzstan to California will soon be arriving for the 70th Llangollen International Musical Eisteddfod in Denbighshire.

It’s been held in the picturesque town near the Wales-England border since it was established in 1947 by the renowned Welsh journalist Harold Tudor who had a vision of creating a grand cultural gathering to help heal the scars left by the war.

Once again Wales will welcome the world to the little town by the Dee and this year’s competitors include a dance troupe from Kyrgyzstan, the first time that nation in remote Central Asia has been represented at the Eisteddfod.

Others include a party of 93 from the calypso islands of Trinidad and Tobago, a choir from California which has backed the Rolling Stones and some junior dancers from Zimbabwe who are set to take the festival by storm.

Eisteddfod Chairman Rhys Davies said: “We’re very much looking forward to welcoming the world once again and we’re very much encouraged by the increase in the number of overseas groups, choirs and dance troupes, who are making the trip.

“It remains a wonderful, colourful and remarkable event, almost entirely run by volunteers, which still manages to attract entries from all over the world to its competitions and international stars to perform at its concerts.” 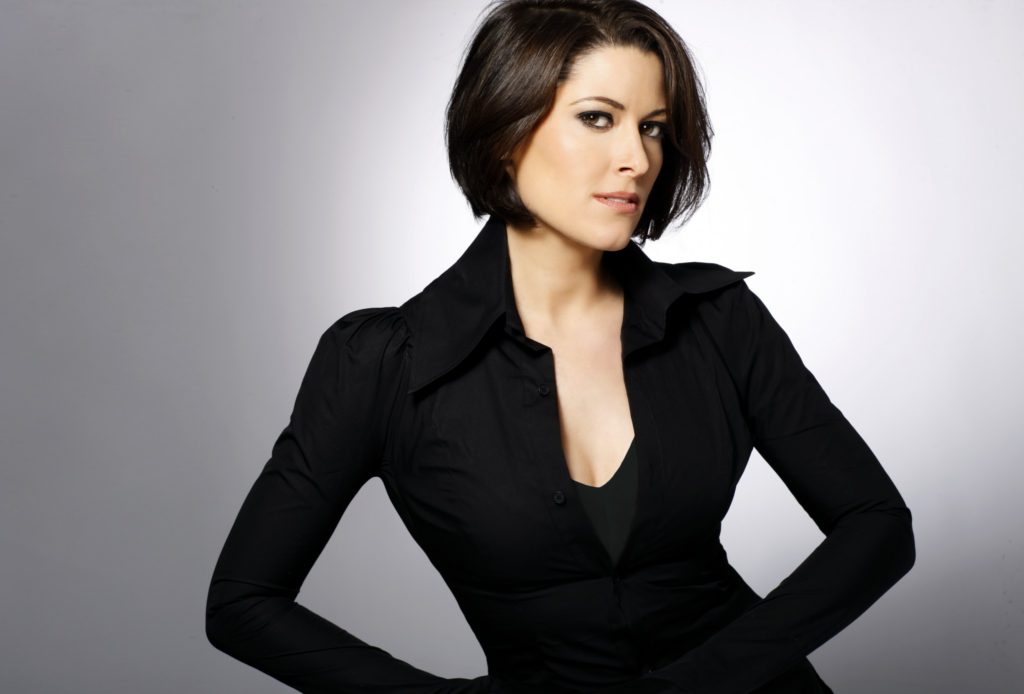 The evening concerts again boast a star-studded lineup which begins on Tuesday night with a selection from Bizet’s Carmen sung by American star soprano Kate Aldrich, who heads a stellar cast including the superb New York tenor and big fan of Llangollen, Noah Stewart, on the opening night concert on Tuesday, July 5.

The operatic theme will continue when the great Welsh bass-baritone Bryn Terfel is joined by the supremely talented Maltese tenor Joseph Calleja for the Thursday night concert.

In between on Wednesday the concert will be a celebration of musical theatre featuring the Kerry Ellis, dubbed the First Lady of the West End, and classical boy band Collabro who won Britain’s Got Talent in 2014. 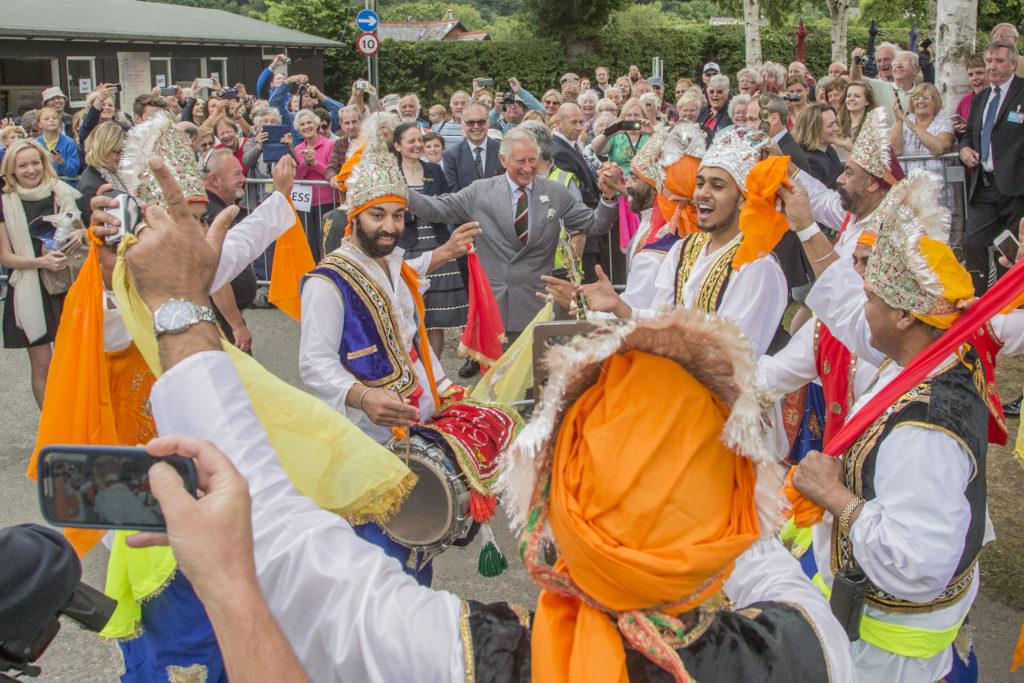 The competitions draw to a close on Saturday night with the famous Choir of the World contest with the prestigious Pavarotti Trophy up for grabs. The audience will be entertained by the popular vocal group, the Swingle Singers, while the judges deliberate.

There’s a foot-stompin’ finale to the event too with Jools Holland and his Rhythm & Blues Orchestra returning to bring the curtain down on the final night, Sunday, July 10.

Kate Aldrich stepped in after Welsh soprano Katherine Jenkins had to pull out with a virus but she is one of opera’s biggest names, described by critics as “the Carmen of this generation”, and has performed the popular opera with the brilliant German tenor, Jonas Kaufmann, at the Metropolitan Opera in New York.

She said: “Llangollen International Musical Eisteddfod is an iconic event and I can’t wait to follow in the footsteps of operatic giants like Luciano Pavarotti who have graced the famous pavilion stage in the past.

“Carmen is one of my favourite roles and I’ve heard that the audience in Llangollen is a very knowledgeable and appreciative one, so I’m looking forward to a special night singing with Noah and the other talented singers in the ensemble.”

The concert is being sponsored by the arts-loving care organisation Pendine Park, who have bases in Wrexham and Caernarfon.

The great Welsh bass-baritone, Bryn Terfel, who took to the Llangollen stage to celebrate the Eisteddfod’s 60th anniversary as well as starring in Sweeney Todd two years ago, always looks forward to appearing at what he describes as a unique festival.

This time Bryn and Joseph Calleja will be accompanied by the Sinfonia Cymru orchestra conducted by Gareth Jones.

Bryn said: “The Llangollen International Musical Eisteddfod is a wonderful event and I’m grateful to be given another chance to perform on stage there again – and the fact I will be joined by Joseph Calleja is an absolute dream come true.

“The last concert I appeared in with Joseph was in his homeland Malta, so it’s great that Joseph will be coming to my homeland this time around.”

The festival’s musical director, Eilir Owen Griffiths, is thrilled about this year’s lineup and he said: “It promises to be an amazing evening and although we have lost Katherine to a virus to be able to have Kate instead is absolutely wonderful.

“We are also excited that Bryn Terfel and Joesph Calleja will star in our 70th festival gala concert. It will be a wonderful evening of music.

“It’s also very important to us that the standard of competitors is very high and that is true once again and also that we offer a springboard to young talent from Wales and from around the world and that’s more true than ever with some exciting solo cacategories.”

And that positive feeling floods out from the Royal International Pavilion to the field where hundreds of competitors and thousands of visitors flock as singers, musicians and dancers from New Zealand and Russia, China, India and South America mingle.

Visitors can enjoy live music, join in with dance workshops or just soak up the heady atmosphere throughout the week as world-class competitors perform in a spectacular celebration of cultures with stunning choral music and lively traditional dance, in the Pavilion, on the outdoor stages and in impromptu performances all around the field.