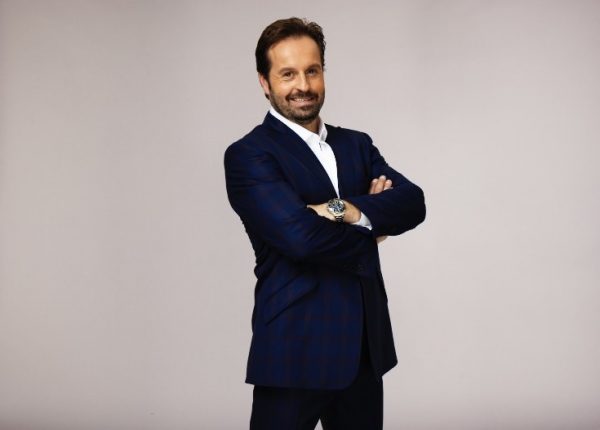 Alfie’s exceptional voice has cemented him as Britain’s biggest-selling, most popular and best loved vocalists of his generaton.

A hugely successful recording artist, last year, he reached Double Platinum status with the Christmas #1 album ‘Together’, made with great friend Michael Ball OBE. The pair returned this year with yet another No 1 album, the recently released  “Together Again” , another sold out tour and one hour ITV Special.  It is the latest triumph for an artist who has effortlessly broken the boundaries via his love of music, from acclaim on the great opera and West End stages, to major chart success.

Born in Blackpool in 1973, Alfie grew up in Fleetwood, where he dreamed of a career as a singer. He was famously discovered while singing on the production line at work in a Lancashire car factory. The youngest of nine children, Alfie was inspired by his opera-loving parents from an early age.

This year, Alfie was honored with a Blue Plaque in his hometown as part of BBC Music Day. The Blue Plaque Trust choose to honour a very select few each year who have influenced the musical landscape across the country. He was also named a BBC Music Day Ambassador for 2017.

Alfie’s journey has propelled him from his opera education at the Royal College of Music and the Royal Opera House’s Young Artists Programme, straight to the Broadway boards when he was chosen by stage and film director Baz Luhrmann to star in his dazzling 2002 revival of ‘La Boheme’. A coveted Tony Award celebrated Alfie’s arrival on the international scene.

A fan of both classical music and classic rock, 2015 saw Alfie collaborate with one of his heroes. In ‘Classic Quadrophenia’, the orchestral version of the seminal album by The Who, he worked with the Royal Philharmonic Orchestra and composer Pete Townshend, who picked him to play the lead role of young mod Jimmy, for rapturous performances at the Royal Albert Hall in London and Vienna.  2017 saw Alfie return to his role as Jimmy performing alongside Pete and Billy Idol in a series of critically acclaimed shows in the USA, including two nights at The Metropolitan Opera House.

Alfie also returned to the London Colisium this year to star in Roger and Hammerstein’s ‘Carousel’, playing the role of bad boy ‘Billy Bigelow’. As accomplished in leading the cast of Les Miserables as Valjean in the West End production (including the world famous 25th Anniversary performance at the O2 Arena in 2010), as he is stealing the show at the her Majesty’s 90th birthday celebrations at Windsor Castle.