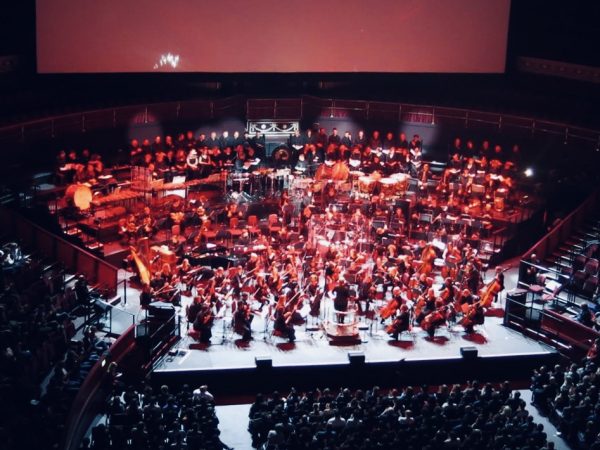 The British Sinfonietta is one of the UK’s leading independent professional orchestras. Since forming in 2010 the orchestra has been involved in a variety of engagements, including classical concerts, choral concerts, televised events, studio recording sessions and film screenings.

In recent years the orchestra has performed extensively in England, Scotland and Wales as well as visiting Western Europe. Highlights include the London Welsh Festival of Male Choirs at a sold-out Royal Albert Hall in London, a performance of Berlioz’ Requiem at Cheltenham Festival, screenings of Casablanca at the Royal Opera House in London, screenings of Home Alone in Denmark, and the televised world premiere of ‘Adiemus Colores’ by Sir Karl Jenkins at the Llangollen International Musical Eisteddfod in 2014.

The British Sinfonietta performed in Llangollen for the first time in July 2012, performing the televised Welsh Premiere of ‘The Peacemakers’, composed and conducted by Sir Karl Jenkins. In subsequent years numerous memorable concerts have followed, including performances with Alfie Boe, Dame Evelyn Glennie and Cape Town Opera.