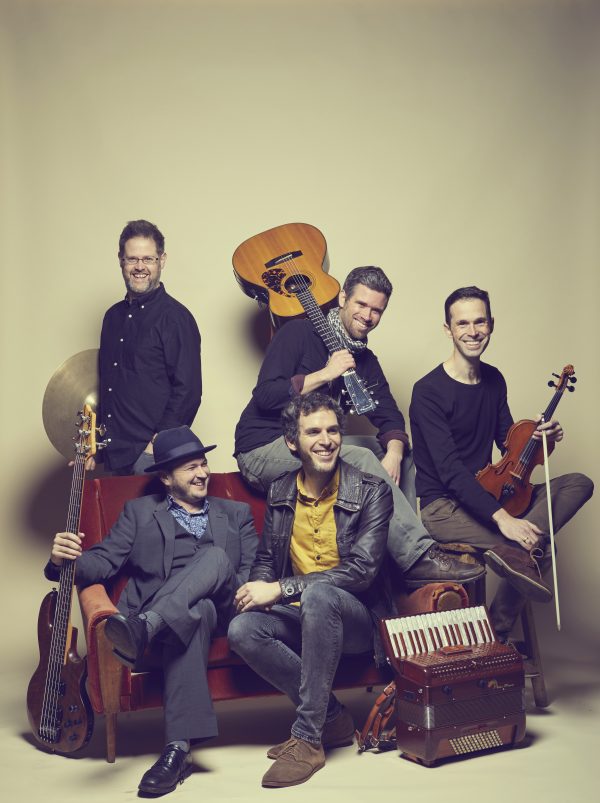 With a 20th anniversary and a new LIVE album to mark the occasion, Jamie Smith’s MABON are in the mood to celebrate this impressive milestone in 2019 – keener than ever to bring their brilliant live show to all corners of the world.

Two decades, four continents and around a thousand shows since their first performance, MABON released their seventh recording, ‘TWENTY’, in October 2018.  Recorded live on the road, it features the band’s newest music alongside a career-spanning, ‘greatest hits’ roll-call of reworked tracks from their back catalogue.  ‘TWENTY’ highlights why this band have built their reputation on their exhilarating live performances and deftly worked recordings.

MABON’s distinctive, multi-award winning music explores the styles of the Celtic traditions and works them anew; the music is self-styled, singular and toe-tappingly good – an irresistible blend of world music and Celtic roots, presented with good humour, energy, joy and passion.

With twenty years of experience performing at major World, Celtic and Folk festivals across the globe, this five-piece band of dazzling musicians performs outstanding original compositions – all given the same refreshing, creative treatment as the band dances along the borders between Celtic heritage and contemporary sound.

This year they will be playing these new and old album tracks in their native Wales and all around the UK; in Europe; in Australia, New Zealand, Canada; wherever their tour takes them!  They would love for you to join them when they swing by your town!

‘Jamie Smith’s MABON have always been a band for whom live performance is the ultimate expression of their art, and their ability to excite and enliven a live audience is peerless’ (folkradio.co.uk); they are ‘unmatched by their peers’ (Songlines).

Stand by for infectious, life-affirming music by the spadeful!