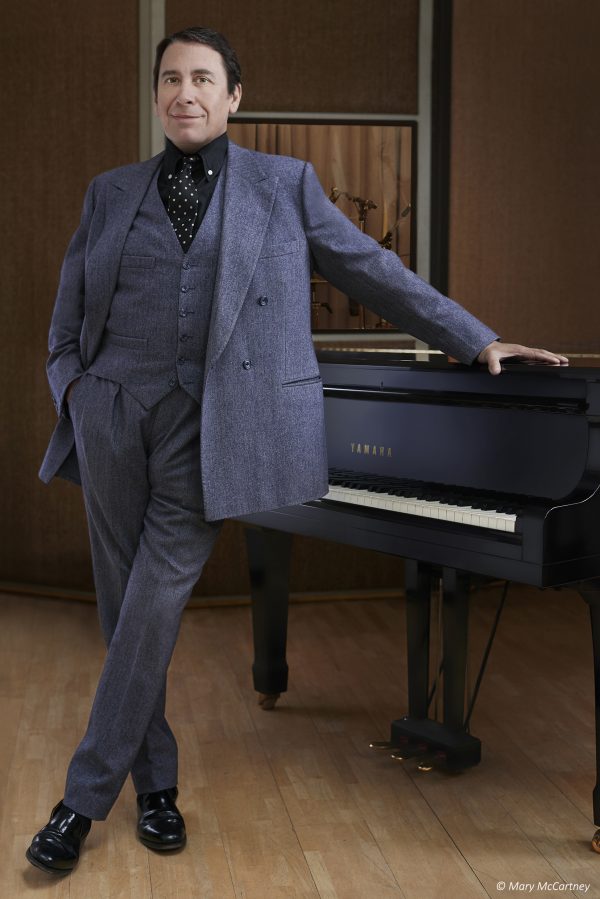 At the age of eight, he could play the piano fluently by ear, and by the time he reached his early teens he was proficient and confident enough to be appearing regularly in many of the pubs in South East London and the East End Docks.

At the age of 15, Jools was introduced to Glenn Tilbrook and Chris Difford; together they formed Squeeze, and shortly afterwards they were joined by Gilson Lavis (who had already played with, among others, B.B. King, Chuck Berry, and Max Wall) – who still drums with Jools.

Up The Junction and Cool For Cats gave Squeeze meteoric success and their popularity rapidly extended to America, where their tour included performances at New York’s Madison Square Garden.

Jools’ career as a television presenter has run parallel to his musical career. Jools was asked in 1992 to host a new music programme for BBC2, which combined his talent and experience as a musician with his skills as a TV presenter. This was Later… with Jools Holland. The show has reawakened the innovative spirit of The Tube and celebrated 25 years in 2017, 50 series and over 360 episodes of broadcast on BBC Two with a special show at the Royal Albert Hall on 21st September.

Jools’ achievements were formally recognised in June 2003, when he was awarded the OBE in the Queen’s Birthday Honours List.