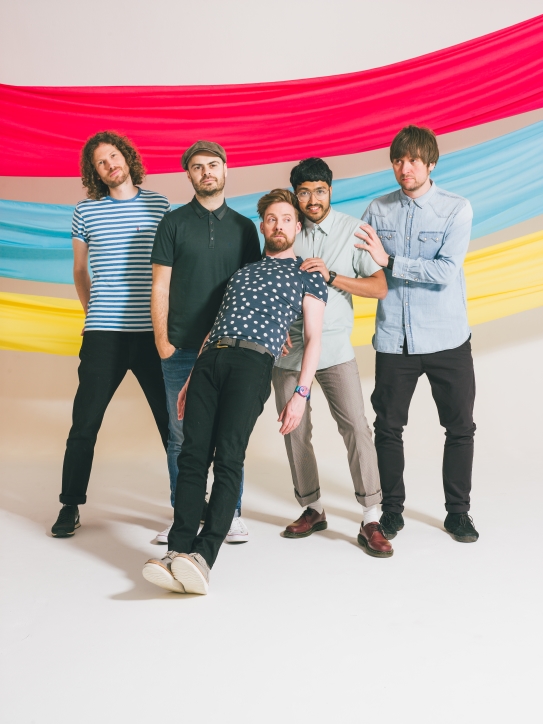 “Kaiser Chiefs have done rather well out of having ideas above our station,” decides Ricky Wilson, reflecting on the multi-platinum pop crusade which began 14 years ago.

Kaiser Chiefs, sixth album Stay Together is a spiky, surprisingly romantic affair bursting with the verve, ambition and great tunes that first propelled the band to household name status.

Alongside euphoric lead single Parachute, Stay Together boasts a double-chorused title track that sounds like it’s been plucked from somewhere between the grooves of the Saturday Night Fever soundtrack, and takes the listener on a journey through pulsating electro (Press Rewind) and low-slung grooves (Good Clean Fun). And that’s before you even consider anthemic banger Hole In My Soul, a song so festival-ready it’s already packed its wellies.

The album sees a shift in Ricky’s approach to lyrics. Whereas in the past meaning were buried deep so deep nobody could ever decipher them, this album’s renewed sense of clarity comes from one major realisation. As Ricky puts it: “It’s better to wear your heart on your sleeve.” The streamlined, baggage-free mentality even made itself felt in the album’s title. 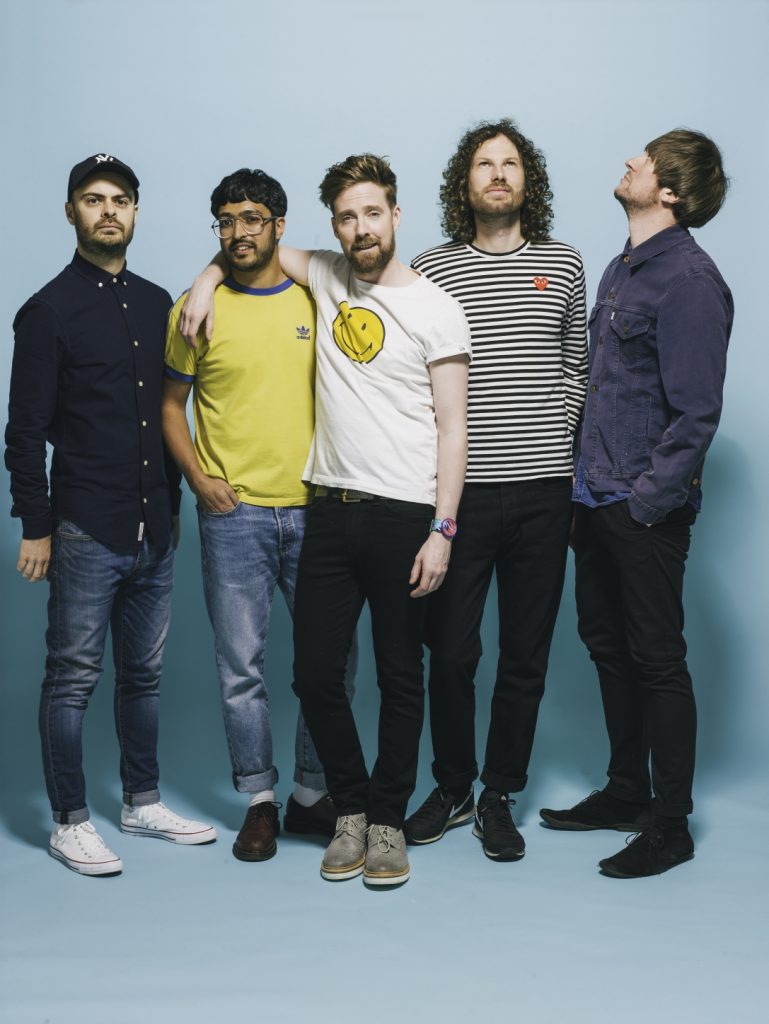 Stay Together also says a lot about the band’s own journey. “I saw strong friends in that group,” producer Brian Higgins observes. “Groups are often at war — with their label, their management, with each other — and you can’t write great material when you’re like that.” It’s now twelve years since Oh My God kickstarted an extraordinary run of hits that also includes I Predict A Riot, Everyday I Love You Less And Less, Never Miss A Beat and the Number One single Ruby. Mercury nominated debut album Employment propelled the band to three Brit Awards wins and its successor, Yours Truly, Angry Mob, went twice-platinum in the UK alone. Then, of course, came The Wobble, including the departure of founding member Nick Hodgson. The pop history books all warn us that this should have signposted the end of the band on a creative and commercial level; in 2012 the release of a greatest hits album, Souvenir, seemed to seal the deal.

“Most sane people would have given up,” Ricky laughs, but in a chapter of the Kaiser Chiefs story that might as well be titled Escape From Indie Landfill, Ricky ensconced himself on primetime telly as a coach on The Voice. Shortly afterwards the band’s fifth album Education, Education, Education & War became their first Number One in seven years. When it did so, Ricky tweeted: “I love it when a plan comes together.” It’s tempting to place all the credit on Ricky’s increased UK media profile, but that doesn’t explain the album also becoming Kaiser Chiefs’ first Number One in New Zealand, and the highest-charting of their career in the US.

“We suddenly thought, wow, we weren’t dead weight after all,” Ricky laughs. “It was about proving it to ourselves as much as to anyone else. Thinking about it now, that success was all about turning the boat around.”

The album Stay Together, the band’s full-steam-ahead cruise into uncharted waters, is about continuing the journey. “We might never get to the point where we can sit in an armchair with our arms behind our heads and go: ‘lads, we’ve done it’. But at the same time, maybe that’s why, Kaiser Chiefs are still here.”