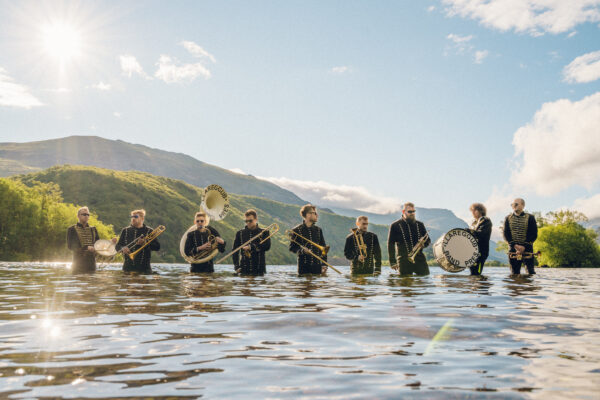 Owing to the age-old tradition of brass bands from the slate mining villages of North Wales’, Llareggub Brass Band ascend from the ashes of the past and bring with them an immense dose of heavy brass! Their music invokes the sumptuous flavours of New Orleans marching bands, together with Bronx-inspired Hip Hop and Welsh language pop music.