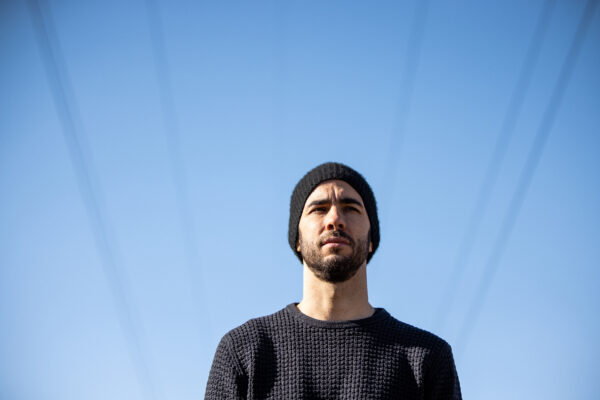 As a two-year-old Manu Delago began what would become a very musically inclined life as he sat behind his first drum kit and started playing for various bands as a young teenager. When Manu Delago began playing the Hang (handpan) in 2003 he discovered his passion for writing music. He graduated from the university Mozarteum in Innsbruck in classical percussion, jazz drums at the Guildhall School of Music & Drama and composition at Trinity College of Music.

Manu Delago’s solo piece “Mono Desire” was the most popular Hang video on the internet with over five million views and charted in the Top 30 music videos on Youtube. In 2007 he founded his own band Manu Delago Handmade and the duo Living Room and released his first albums. His LPs feature various guest artists such as Erik Truffaz, Andreya Triana or Douglas Dare and won over tastemakers from BBC 6Music’s Tom Ravenscroft and Don Letts to Radio 2’s Alex Lester, Nitin Sawhney and Jamie Cullum, and was supported by i-D, Clash and DJ Mag.

Manu Delago has also collaborated with various genre-leading artists. He appeared as a guest on two albums of the Psy-Trance producers Shpongle and performed on various occasions. In 2011 he recorded for Björk’s Biophilia album and has since been her touring drummer, playing four world tours with the Icelandic singer. In 2013, he started performing and writing music with the sitar-player Anoushka Shankar. For his work on her album ‘Land of Gold’ Manu Delago earned a Grammy nomination.

As percussionist and drummer Manu Delago has performed in prestigious venues on six continents such as the Royal Albert Hall, Roundhouse, Royal Festival Hall and Barbican in London, Carnegie Hall in New York, the Sydney Opera House and Fuji Rock Festival in Japan. Furthermore, Manu Delago has performed and recorded as soloist with the London Symphony Orchestra, Metropole Orkest, Aurora Orchestra, Munich Chamber Orchestra and the Zurich Chamber Orchestra.

In 2021, Manu Delago released his unique new album, Environ Me. Constructed using his signature percussive skills as well as electronic manipulation and sounds recorded directly from an array of natural sources, the LP is a dynamic and exploration which harnesses the best of his adventurous spirit and singular vision as a human being and as an artist.