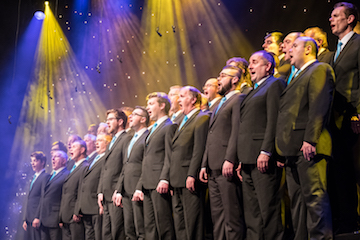 Peterborough Male Voice Choir is made up of talented and enthusiastic men from all walks of life and of all ages. The choir aims to be accessible to as many men as possible and since 2011 their phenomenally successful pop-up projects Sing for Heroes and Men United in Song have introduced hundreds of local men to the joys of group singing and raising tens of thousands of pounds for charity in the process.