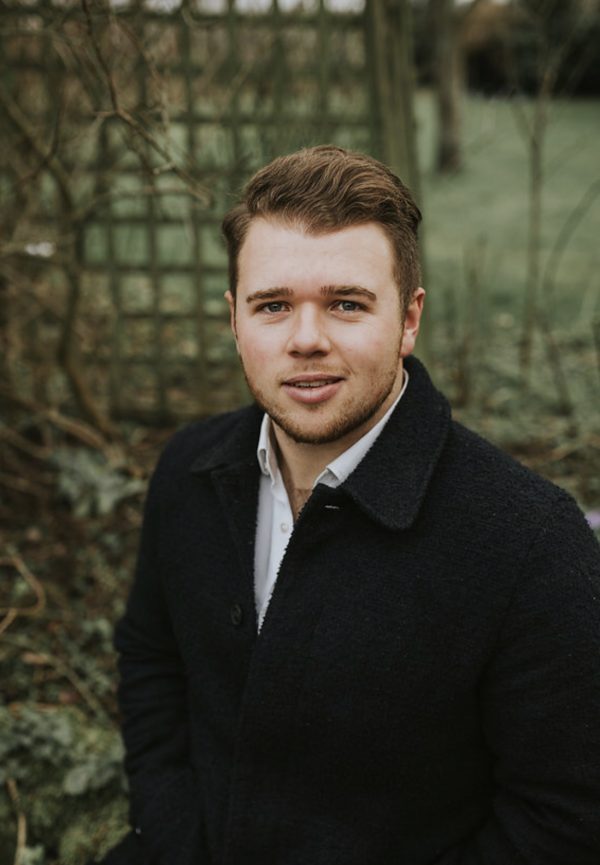 Welsh tenor Rhodri Prys Jones made his professional début with Welsh National Opera in Autumn 2018 in the roles of Fyodor and Ivanov in David Pountney’s War & Peace. He also covered Ramiro in La Cenerentola for the company that same season and was understudy Tamino for their production of The Magic Flute in Spring 2019.

Rhodri studied for a degree in Music and Media at Trinity University College, Carmarthen before undertaking an M.A. Vocal Studies degree course at the Guildhall School of Music and Drama, London. He completed his studies at the Royal Welsh College of Music and Drama, Cardiff on the Opera Performance Course where he was taught by Adrian Thompson.

Roles whilst at the RWCMD include Tamino in The Magic Flute, Ramiro in La Cenerentola, Rinuccio in Gianni Schicchi, Sam Kaplan in Weill’s Street Scene and Jupiter in Semele – a co-production between Mid Wales Opera and RWCMD in association with the Academy of Ancient Music. Other roles include Nemorino in L’elisir d’amore and Triquet and Lensky cover in Eugene Onegin for Opra Cymru. In opera scenes, he has performed Ferrando in Cosi fan tutte, Jenik in Bartered Bride, Almaviva in Barber of Seville, Jaquino in Fidelio, Harlequin in Der Kaiser Von Atlantis, Robert Devereux in Gloriana and El Remendado in Carmen.

2016 saw Rhodri join Garsington Opera as an Alvarez Young Artist and chorus member in Rossini’s L’italiana in Algeri and Haydn’s The Creation. In 2015 he was a member of an eight-part ensemble in Gair ar Gnawd by Pwyll ap Sion for WNO.

He has given world premieres of works including Edward Rhys Harry’s Mass of the Martyrs and Eilir Owen Griffiths’ In Memoriam. In 2017, he recorded a new Welsh language translation of J. S. Bach’s St John Passion (‘Dioddefaint yn ôl Ioan’) in Llandaff Cathedral for broadcast on S4C. Other TV broadcasts include performances on ‘Noson Lawen’, ‘Dechrau Canu Dechrau Canmol’ and ‘Heno’ for S4C and performing at the UK Ceremony of Remembrance ‘Centenary of Passchendaele, Third Battle of Ypres’ live on BBC One from Passchendaele.

Prizes and awards include the 2017 Ian Stoutzker Prize, which is awarded annually for the most outstanding musician at RWCMD, the Janet Price Opera Prize, the Glynne Jones Scholarship, Help Musicians Sybil Tutton Award, the Dame Shirley Bassey Award and the Busenhart Morgan-Evans Worshipful Company Award.