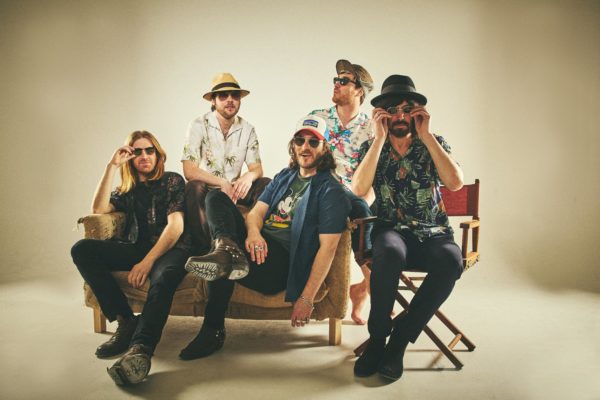 The Coral were formed in 1996 in Hoylake on the Wirral Peninsula, their popularity is reflected in having sold over a million UK albums since their debut EP release in 2001, five of those hitting the top ten, including the chart-topping “Magic and Medicine” (2003). Their eight Top 40 singles include ‘Dreaming Of You’, ‘In The Morning’, ‘Pass It On’, and ‘Don’t Think You’re The First’.

Without so much as a glance over their shoulder, James Skelly (vocals/guitars), Ian Skelly (drums/percussion/vocals), Nick Power (keyboard/vocals), Paul Duffy (bass/keyboards/vocals) and Paul Molloy (guitars) have stridden into the future to fortify their indefinable position in modern music.

There are no full stops in The Coral’s story, “Move Through the Dawn” their most recent album, was released on the 17th August 2018, a busy year for the group who have supported Manic Street Preachers as well as selective festivals which will include Llanfest on 7th July 2019.