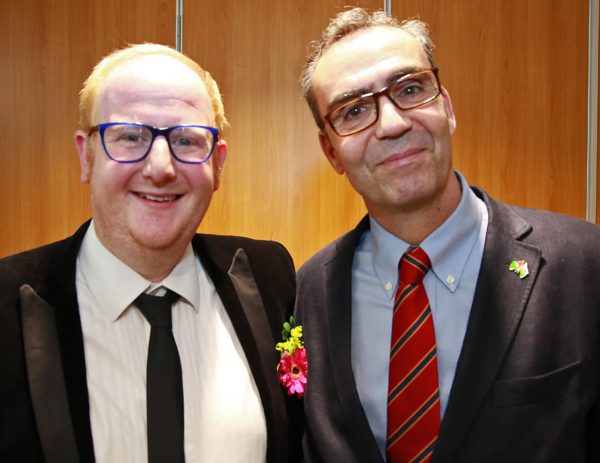 A Portuguese community leader in Wrexham has been helping to rekindle cultural links between her home country and Llangollen International Musical Eisteddfod.

A ladies’ choir from Oporto was amongst the first competitors at the inaugural festival in 1947.

Then, two years ago, a Portuguese choir was one of the highlights of a hospice summer fete in Wrexham town centre where they were congratulated on their performance by Eisteddfod President Terry Waite who said he’d like to see more competitors and visitors from the country at the festival.

This sparked an idea in Iolanda Banu, a councillor for the 2,000-strong Portuguese community in Wrexham, which led to key representatives of the country accepting an invitation to this year’s milestone 70th Eisteddfod.

Festival officials welcomed a delegation of 11, headed by Carlos de Souza Amaro, the Portuguese Consul General based in Manchester.

Iolanda Banu, who came to Wrexham from Portugal 15 years ago and splits her time between working as an interpreter and for Race Council Cymru, said: “In 2014 one of our university choirs, Gestrintuna from Gondomar near Oporto, were invited to perform at the Nightingale House summer fete in Queen Square, Wrexham. 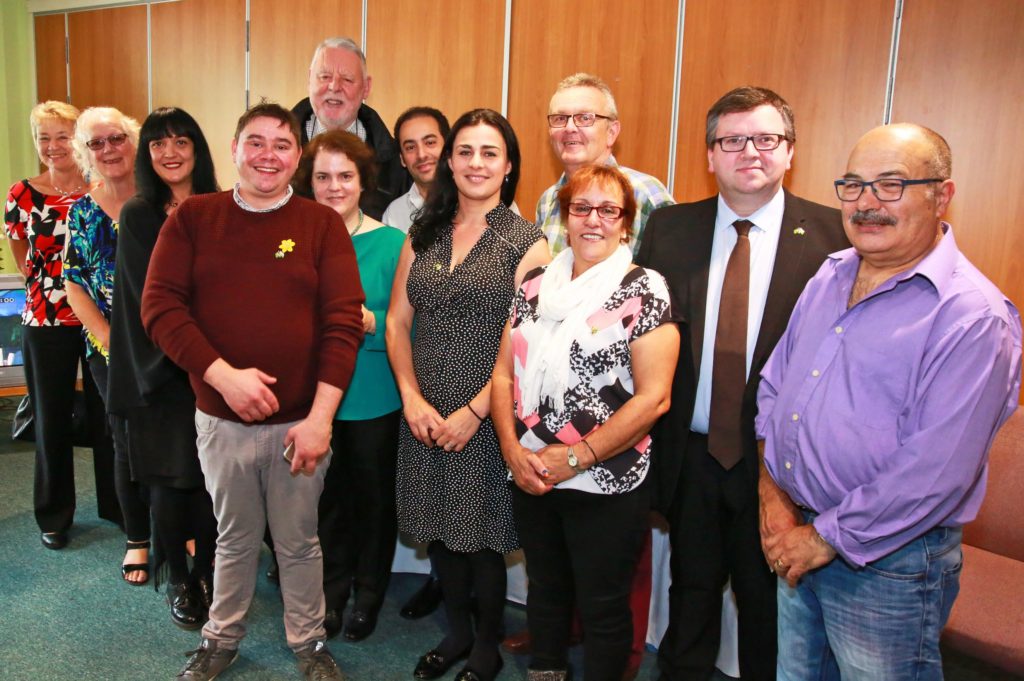 “Terry Waite, who was at the Eisteddfod at the time, was invited along with the Mayor of Wrexham and when he saw the choir he congratulated them on their performance and said they should consider making an appearance at Llangollen.

“The same year I was invited to see the Eisteddfod and was overwhelmed by it.

“This fact and what Terry had said to the choir got me thinking that we should try to foster a link with the festival, which would be very beneficial to everyone.

“I therefore arranged for the Portuguese delegation to visit the Eisteddfod, to tour the field and enjoy the evening concert.”

Consul General Mr de Souza Amaro said: “I really enjoyed my visit to Llangollen and being part of the atmosphere, especially having heard so much about it beforehand.

“It was a particularly exciting experience to be here for the 70th Eisteddfod to help foster links between Portugal and the festival.

“I hope Portugal will be able to contribute some sort of presence at the Eisteddfod over the next few years. I am definitely hoping to encourage participants to come in the future and will be putting out a special appeal about this both in Portgual and amongst the Portuguese communities in the UK.

He added: “I think there is something of Murphy’s Law about the fact I am coming to Wales in the same week that my country beat the Wales team. But I have to say that Wales put in an absolutely fantastic performance in Euros 2016 and I was quite upset to see them lose to Portugal.”

Throughout the summer a search has been going on to trace the Portuguese ladies’ choir who competed at the very first Llangollen Eisteddfod back in 1947.

Iolanda added: “After doing some research I then discovered that the choir Grupo Musical Feminio from Oporto had competed at the first Eisteddfod in 1947.

“Because this year was the 70th Eisteddfod I thought it would be marvellous if I could try to trace any members of the choir or their families and possibly invite them to revisit the festival, perhaps next year.

“The Eisteddfod office has been helping me to find any details and in Portugal the government has agreed to see if they can discover anything out about the ladies.

“So far, we haven’t managed to find anything out but the search will continue.”

Eisteddfod President Terry Waite, who welcomed the Portuguese delegation, said: “It was really great to have them here as Portugal competitors were amongst the first to come to Llangollen in 1947 and, of course, the country is also Britain’s oldest ally.

“This is the perfect example as the relationships formed by the Eisteddfod through music, which has the capacity to bring harmony in the soul and a troubled world.”