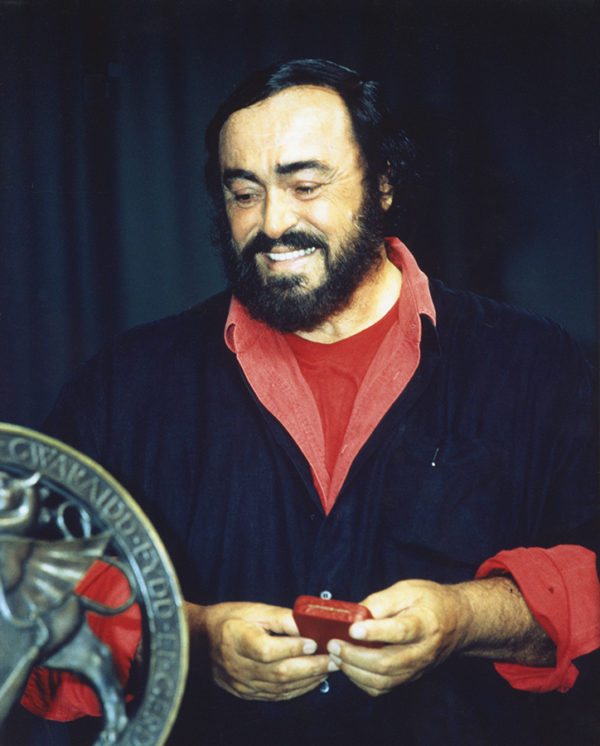 A long forgotten recording of the choir which launched the career of legendary Italian tenor Luciano Pavarotti has been rediscovered in the archives of an iconic music festival.

The priceless recording was on a CD hidden among the archives in the Eisteddfod offices and it was found by the festival’s Operations Manager Sian Eagar.

Pavarotti was just 19 and a trainee teacher when he came to the Llangollen International Musical Eisteddfod in 1955 with his father, Fernando, as part of Chorus Rossini, from Modena.

They left as the overall winning choir and Pavarotti went home determined to make music his career and afterwards said that winning at Llangollen was the spark that ignited that determination.

In 1995 on his triumphant return to Llangollen he said: “I always say that to the journalists when they ask me what is a day more memorable in my life, and I always say that it is when I won this competition because it was with all my friends.”

Sian Eagar, a schoolgirl volunteer at the Eisteddfod when Pavarotti returned to Llangollen in 1995, said: “It was among a pile of things in a tray and written on it was Pavarotti 1955.

“I didn’t know what to think and didn’t want to get too excited but it seems to be the real thing.

“It had been produced by the Welsh Development Agency in 1991 with material from the BBC and from 1955. 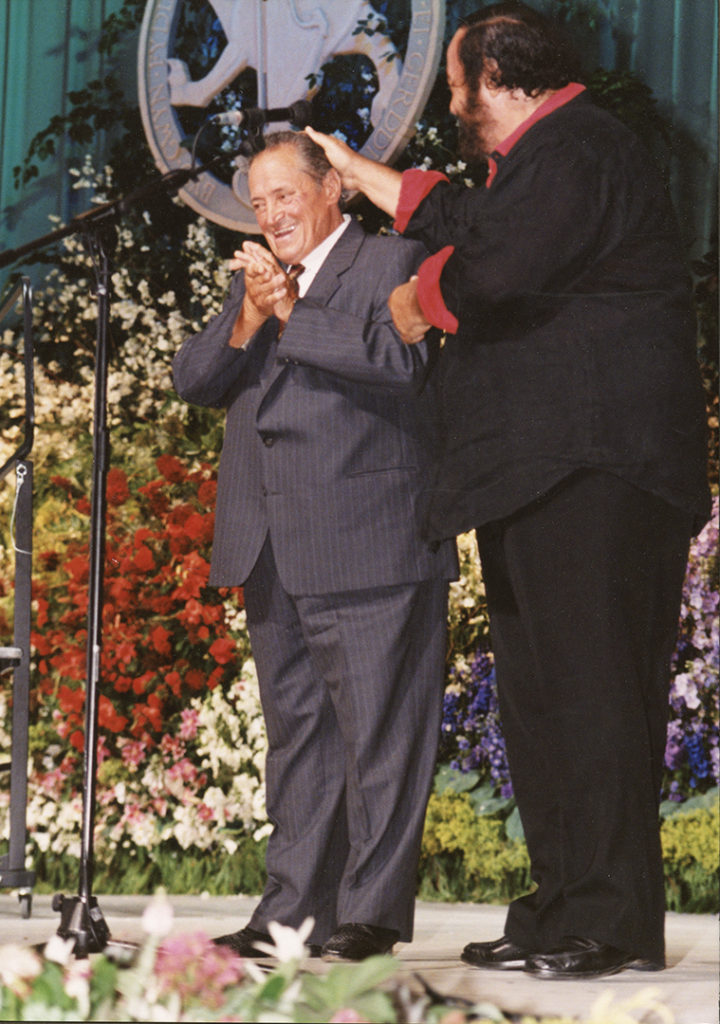 Luciano Pavarotti and his father, Fernando, in 1995.

“Back then all the performances were recorded and put on vinyl so it could have been re-recorded from that as part of the build-up to Pavarotti’s 1995 return to Llangollen.

“There are three tracks on it, one a recording of a Pavarotti press conference from 1991 when he’s asked by a BBC Wales reporter about Llangollen and two songs by the Chorus Rossini from 1955 – they’re not very long and they’re a bit crackly but these must be incredibly rare recordings and quite historic.

“We have already made copies of them but it would be interesting to hear from anyone who has the original vinyl from 1955.”

The two tracks are Bonjour Mon Coeur and O Bon Jesu, sung by the Chorus Rossini on their way to winning the choral competition in 1955 – the competition later to become the Choir of the World event for the Pavarotti Trophy.

Pavarotti, who died in 2007, had joined his local choir because his father, Fernando, a baker, was a stalwart member and the moment the Modena choir won the competition and the visit to Llangollen left an indelible impression on him and he often spoke of it.

The experience also helped shape his destiny and he once famously said that if he could win the first prize with a small choir from Modena, he could do anything.

He and his father stayed at the home of Alice and William Griffiths, at Beech House, Froncysyllte, for the week of the Eisteddfod and he once said of his time boarding with the Griffiths family in Fron: “I remember well the house I stayed in. All the way from Italy, I was exercising my English. But when we are brought to the house in Llangollen and meet the family, I understand not a word.

“I did not know there was such a language as Welsh. Even now I think how lucky they don’t write operas in such a language for me to sing. I would be out of work. It is impossible for us Italians to learn.”

Pavarotti said many times that he wanted to go back to Llangollen one day and that desire was fulfilled in 1995 when he made his triumphant return to headline at that year’s festival, marking the 40th anniversary of his first visit to north Wales.

He accepted an invitation to be President of the Day, on condition that his father could share the Day Presidency with him, so for the first and only time, the Eisteddfod had two joint Presidents of the Day.

Former Eisteddfod Chairman Gethin Davies was an usher back in 1955 and admits he doesn’t recall the young Pavarotti. He said: “I kept a diary in those days and was looking through it recently and it just said, ‘Male Voice Choir today and a choir from Italy won’. I think I was more interested in my current girlfriend.

“I’ve got the video recording of the 1995 concert and still watch it – it still pops up on the Sky Arts Channel quite regularly too.”