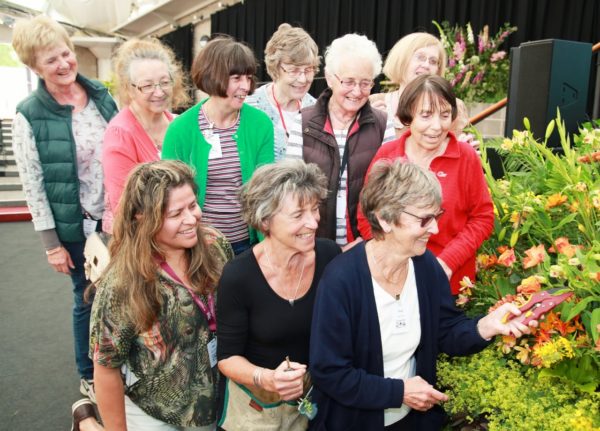 IT started with just a few blooms in jam jars to hide the tent poles but over the past 70 years the tradition of beautifying Llangollen International Musical Eisteddfod with flowers has become as well rooted as the iconic festival itself.

Marjorie Pierce, a keen gardener, and also something of a folk dancer, began the tradition at the first Eisteddfod and over her 35 years as chairwoman she led her “ladies” from being a minor off-shoot of the Grounds Committee to a 50-strong independent Floral Committee.

Since her time there have only been two other chairwomen – Jean Walker, who reigned over her floral empire for about 15 years, and the current incumbent Sandy Attenburrow who has so far done a similar stint.

She said: “The Eisteddfod main stage has grown in size dramatically over the years and so has the challenge to create new and exciting floral decorations each year.

“The work starts with the cutting and collecting of lorry loads of greenery, known as thuja. The superstructures of the displays then have to be erected.

“Filling the containers with water takes days as does the wiring in of the thuja.

“At the last possible moment the flower arrangers feverishly set to work on their designated patches.”

The majority of the flowers are brought in fresh from the growing fields of Holland a few days before the festival begins, while others come from the gardens of committee members.

As the weather dictates the colours and varieties that are available, pre-planning is limited, the skill is in their creative improvisation. 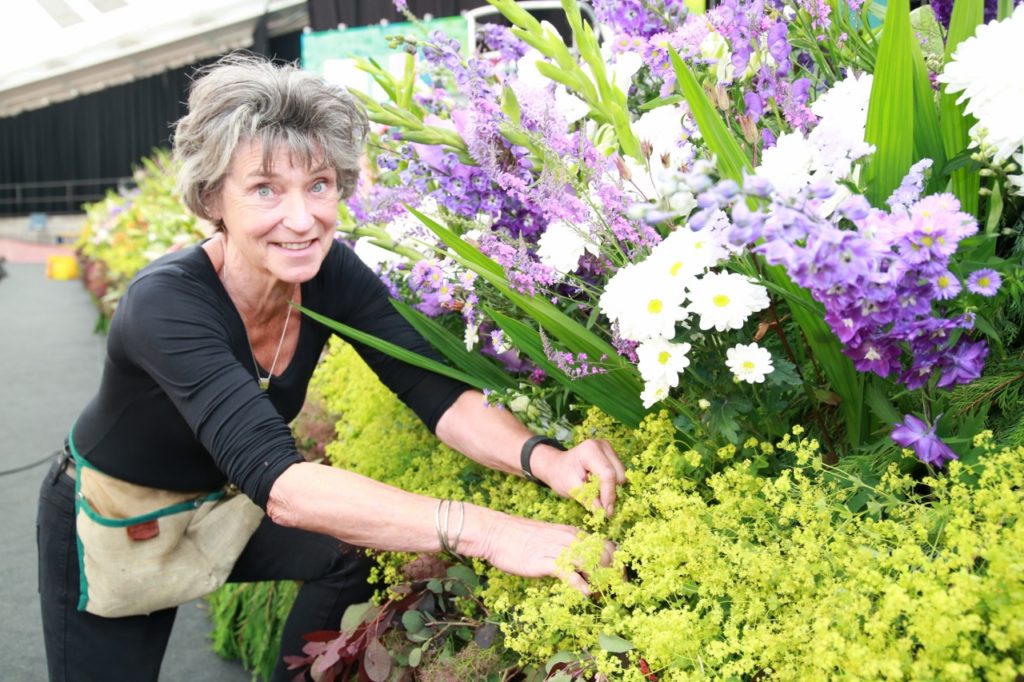 Sandy added: “We look at the weather and then work out a colour scheme. We then freshen things up every day as extra flowers come in.

“All this is pretty labour intensive, so our team of 30 volunteers – mostly ladies but with just one man – are kept busy throughout the week.

“The main display we do is the one in front of the main stage, which consists of literally thousands of individual flowers.

“This year that includes roses, lilies, gladioli, delphiniums and foxgloves, although this time around we’ve had a bit of a problem getting everything we need because the weather in the Netherlands has been so bad.

“However, we break even on our costings every year and that will still be the case.”

As well as the consistently breath-taking floral display in front of the main stage, Sandy and her dedicated team also provide the arrangements placed right across the festival site.

They also lovingly create the posies and baskets traditionally presented to star acts at the evening concerts.

Floral Committee volunteers come from Llangollen and places further afield such as Leicester, Chester and Shrewsbury as well as Denbigh and Ruthin.

Some have been volunteering for many years and a couple of the ladies are playing the generation game, following in the flower strewn footsteps of their mothers who were also part of the committee.

Sandy said: “The flowers are an Eisteddfod tradition, following on from the flowers in jam jars of the very earliest days and becoming more ambitious every year.

“I think our displays are important because they bring in the smell of summer, brighten things up and take away the gloom.

“I think they’re very special for all our competitors and performers and also, of course, our visitors.

“On the last day of the festival, the Sunday, another tradition is to let whoever wants them take away all the flowers in exchange for a donation.

“This helps to pay for the displays and also brightens up the whole town when they take them home.”