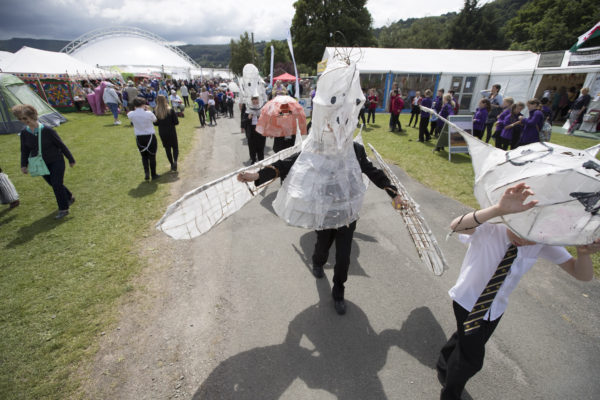 Fantastic Mr Fox, Willy Wonka, Matilda and her nemesis Miss Trunchball all had a role to play as the Llangollen International Eisteddfod celebrated a Roald Dahl-themed Children’s Day.

The scrumdiddlyumptious event was organised to celebrate the centenary of the birth of the Welsh-born literary genius and also saw the conclusion of a Denbighshire Schools Takeovers 2016 project.

The project has seen 24 of the county’s primary, special and secondary schools and 3,943 pupils of all ages take part in Roald Dahl workshops and culminated with a promenade performance around the site of the Llangollen festival. 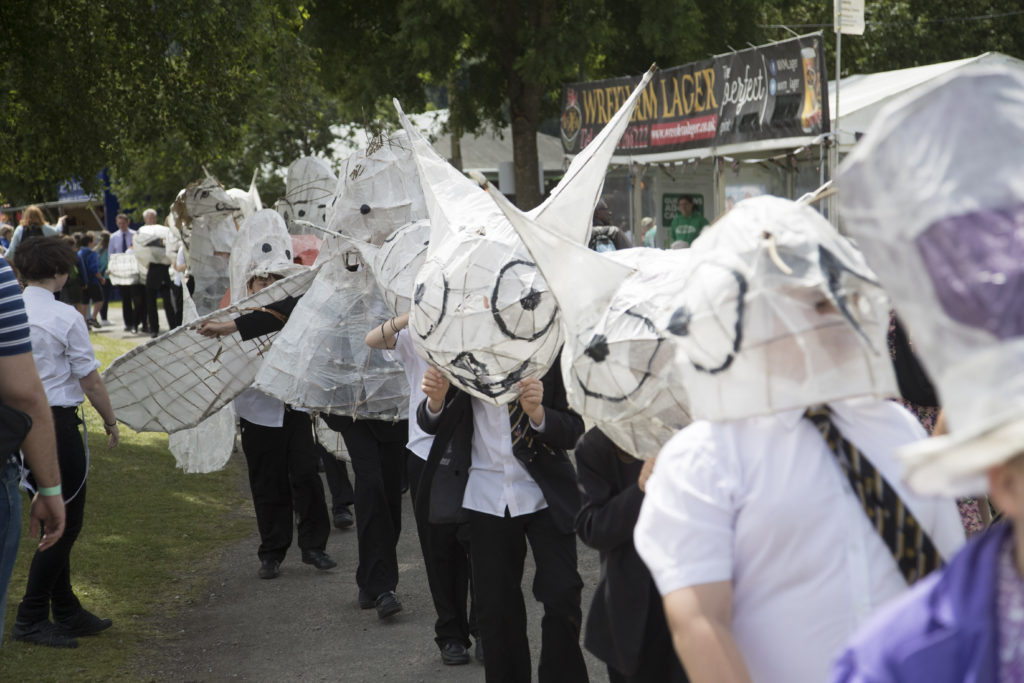 Denbighshire Education and Children Service’s curriculum enrichment officer Sarah Dixon said the Llangollen International Musical Eisteddfod was the finale of what has been an amazing project.

She said: ‘To reach almost 4,000 pupils who, as a result, have been inspired by Roald Dahl is fantastic.

“Each school looked at different Roald Dahl books and characters. We decorated the school with balloons and Roald Dahl-themed art work and we all wore project tee-shirts.

“The workshops included storytelling and drama, musical theatre and puppetry and mask making. Each of the 23 participating schools made a large puppet based on a Roald Dahl character which will be worn by a pupil from the school.

“The 23 puppets paraded through the Eisteddfod field ahead of the promenade performance.

“Literacy is the golden thread that runs through every school subject and we want to encourage children to not just read but enjoy what they read.”

She added: “The event was a huge success and when Miss Trunchball made an appearance on the stage I have never seen so many excited children!” 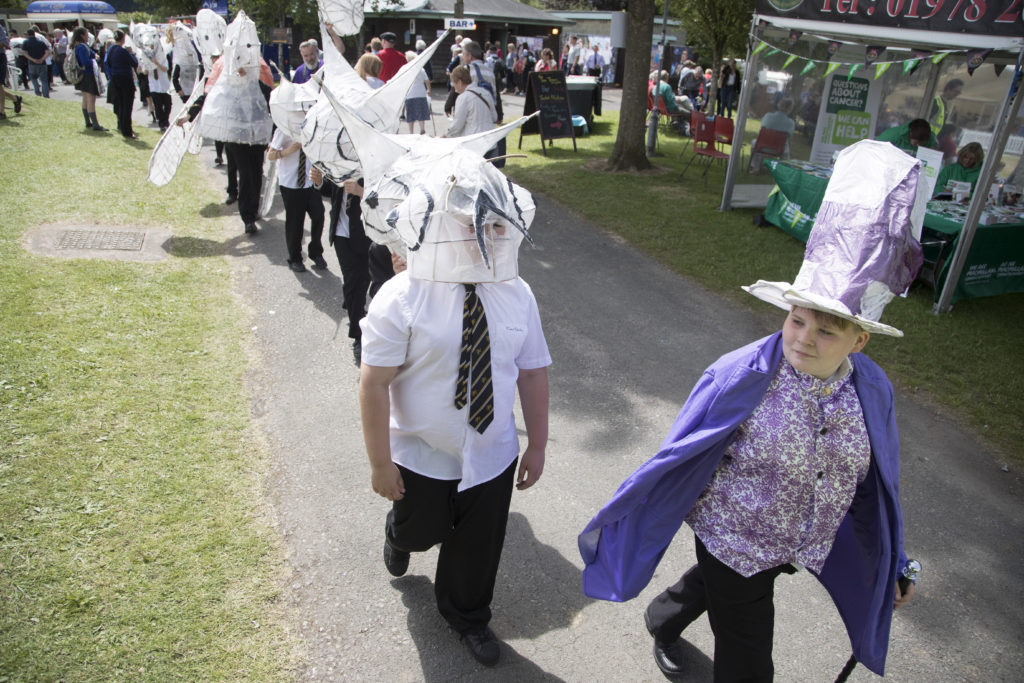 And Sarah says the Llangollen International Eisteddfod also hosted the final of the Denbighshire Young Performers Competition which was held on the Royal Mail stage.

She said: “Mark Puddle, who works in the West End, came up to judge the competition and says he was thrilled at the level of performance.

“Olivia Smith, nine, a pupil of Ysgol Bryn Collen, Llangollen, won a scholarship place at a West End workshop to be held at Venue Cymru, Llandudno in September.

“And Mark Puddle also made a special award to Ysgol Cefn Meiriadog who will enjoy a West End-themed workshop at their school which Mark is organising.”

She added: “We already have several schools signed up for next year’s project and are in the process of planning our 2017 event.”