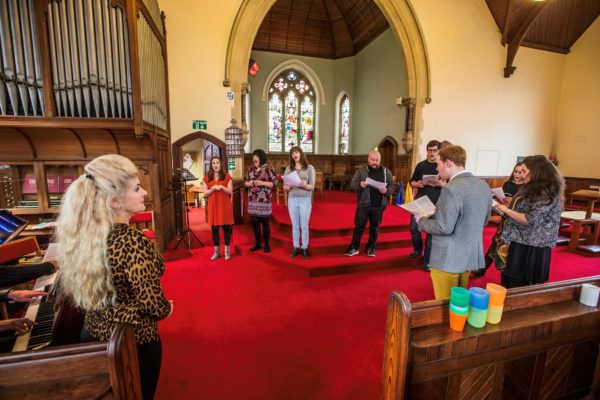 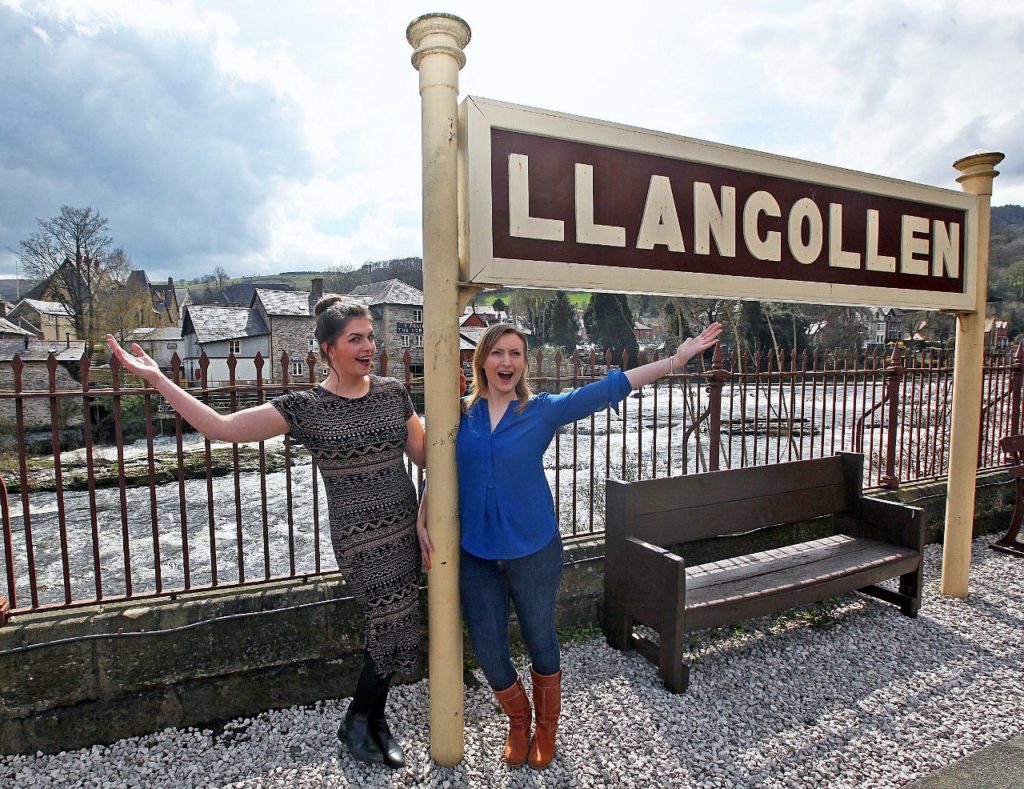 Rachael Marsh and Karen Davies, from Wrexham are among a group of opera singing students in for the experience of a lifetime after being invited to appear on the outdoor stage at July’s 70th Eisteddfod opening day.

They have been raising the roof at a Llangollen church while being put through their paces by husband and wife opera voice coaches Anne Williams-King and David Bartleet, an operatic tenor himself.

Anne, from Pen-y-Cae, has spent most of the past 20 years living and working in London and has now just finished her third sell-out course for aspiring opera singers at the Methodist Church in Princess Street and is thrilled her students will be at the iconic festival.

The top soprano, who has performed at opera houses around the world, said: “I moved back from London to be closer to my mum some six years ago now. However, she passed away three years ago.

“There isn’t anything in the area for aspiring opera singers so David and I decided, to run these courses. It isn’t just about teaching voice it’s about working on characters too.

“We want to give aspiring opera singers an idea of what it’s like in the business. I want students to learn the skills they need in the correct way.” 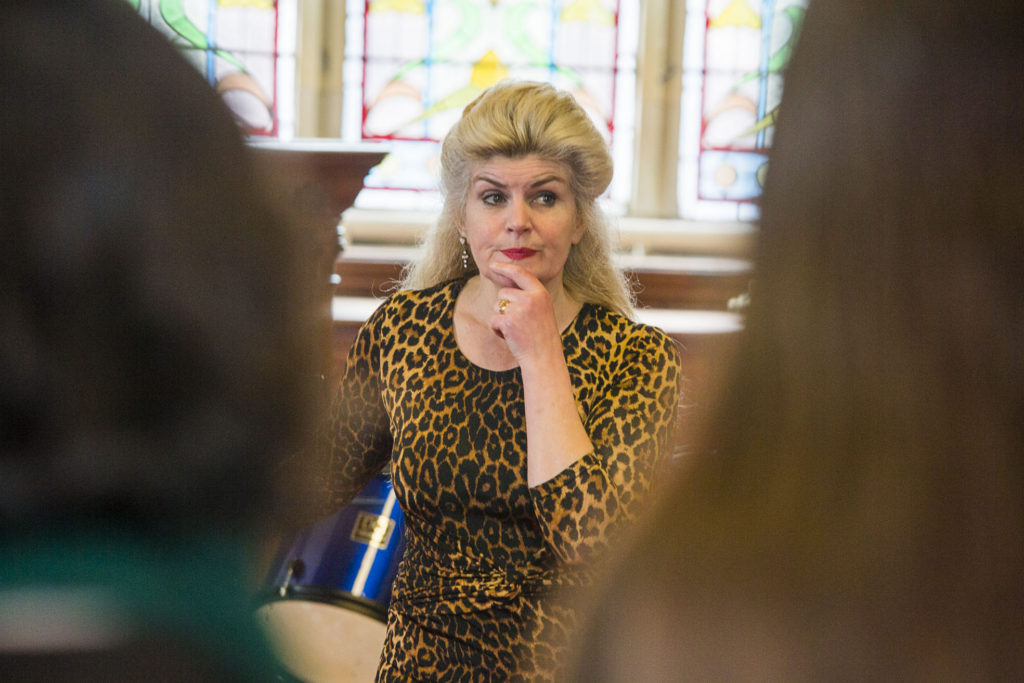 Williams-King, who successfully battled ovarian cancer a decade ago, added: “We put on a concert in the Methodist Church in Llangollen at the end of each course we run.

“Rhys Davies, the Eisteddfod’s new chairman, was in the audience after our second course and told me how impressed he was and he has invited us to showcase some of the new operatic talent at the festival.

“The Musical Director, Eilir Owen Griffiths, has invited my students to perform on the outside stage ahead of the opening concert by Katherine Jenkins on Tuesday, July 5. What an amazing honour for them.

“It’s a wonderful opportunity for them to showcase their voices and acting talent and believe me, we have some wonderful singers who deserve to be heard and who will grab this amazing opportunity with both hands.”

Primary school supply teacher, Rachael Marsh, 23, a soprano from Minera, said: “It’s a great experience and to have the chance to sing on stage at Llangollen is amazing, especially on the day Katherine Jenkins is performing her Carmen concert.

“I have been having lessons with Anne on and off for a while as most of my singing has been with choirs. I have just enjoyed the course so much and learnt a great deal.

“To have the chance to perform at the Llangollen International Musical Eisteddfod will be a dream come true. The atmosphere will be something else and I really can’t wait.”

Fellow soprano, Karen Davies, 28, a trainee teacher at Chester University and currently working at Kingsley Primary School in Frodsham, said: “I graduated from Bangor University with a degree in music and really wanted to be a composer. 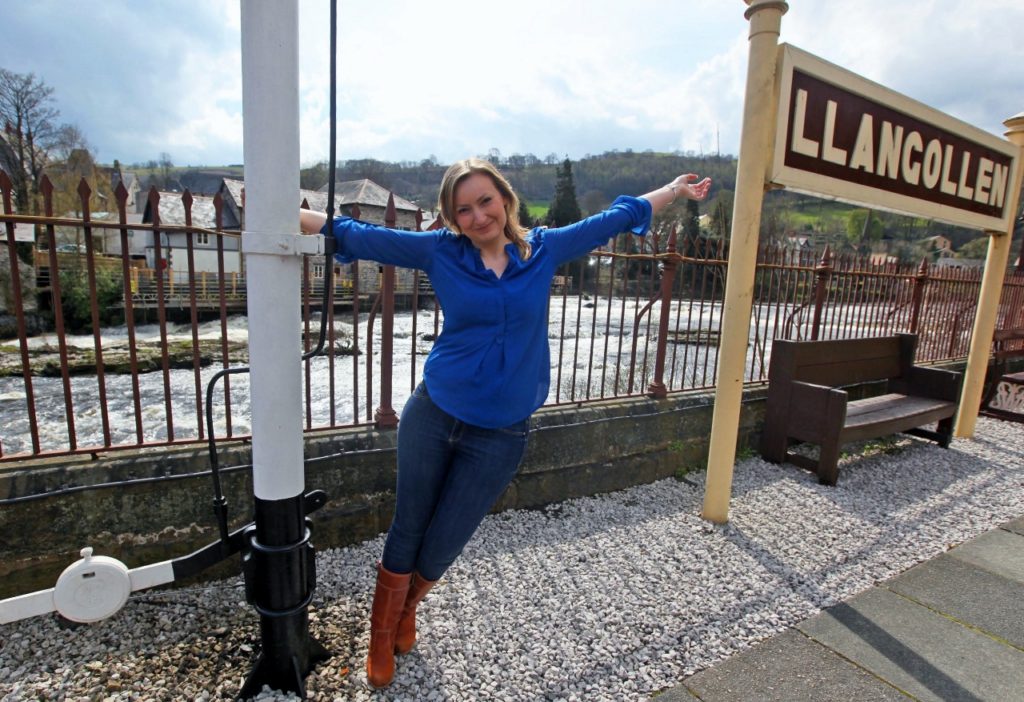 “However, that changed and now I just want to sing opera but haven’t had any formal lessons or tuition. Joining Anne’s course has been fantastic and I have learnt so much.

“I was accepted to do a post grad Masters degree in operatic performance in London but I simply couldn’t afford to do it. Music and singing courses are so expensive which is why Anne’s course is a godsend.

“I’m keeping my options open and teaching will be a good career choice but if the chance came along I’d choose opera. I still have ambitions to be on stage.”

Karen, who lives in Wrexham with her engineer partner, Gareth Samuel, added: “It’s going to be an amazing event and a fantastic opportunity for me and the other singers on Anne’s course.”

Rhys Davies, the Llangollen International Music Eisteddfod’s chairman, is delighted Anne’s opera students are on the outside stage at the festival and he said: “I went along to the concert Anne and her husband David put together in Llangollen Methodist Church at the conclusion of each of their opera courses.

“The standard of performance was exceptionally high and I believe these potential opera stars deserve to have their voices heard.

“It’s a big opportunity for these talented young singers and a chance to let a critical audience see them perform. I’m sure it will be an exciting evening and one they will never forget.”