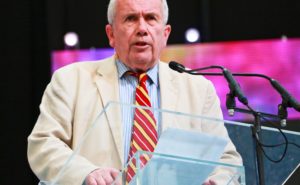 Llangollen International Musical Eisteddfod shines like a “beacon of hope” against the darkness of present times.

That was the key message from veteran war correspondent and former politician Martin Bell OBE in his speech from the main stage as one of the festival’s Day Presidents.

Mr Bell, known as the Man in the White Suite because of his trademark appearance, spoke of his fears about the impact of Britain’s recent referendum vote to leave the European Union. END_OF_DOCUMENT_TOKEN_TO_BE_REPLACED