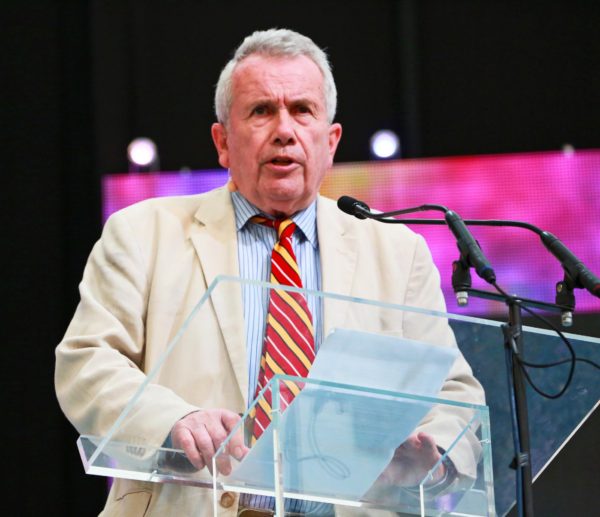 Llangollen International Musical Eisteddfod shines like a “beacon of hope” against the darkness of present times.

That was the key message from veteran war correspondent and former politician Martin Bell OBE in his speech from the main stage as one of the festival’s Day Presidents.

Mr Bell, known as the Man in the White Suite because of his trademark appearance, spoke of his fears about the impact of Britain’s recent referendum vote to leave the European Union.

He said: “I am concerned about the divisions the referendum has exposed within the country – divisions between the cities and countryside and young and old.

And he stressed: “We have got to recover from the campaign.”

Mr Bell spoke of his long years covering wars as an award-winning TV journalist, which began with the conflict in Nigeria in 1966 and went on to include stints reporting from the front line in troubles spots around the world, including Vietnam, the Middle East, Angola and Zimbabwe.

Relating his own experiences to the recent publication of the findings of the Chilcott Inquiry into the role played by Britain in the Iraq War, Mr Bell told the audience: “I believe we cannot afford ever to regard war as a policy option and must see it as a last desperate resort.”

Staying with the subject of war, he spoke of last week’s commemoration of the centenary of the First World War Battle of the Somme.

It was, he recalled, the most costly battle in the history of the British Army and he paid tribute to the war poets Siegfried Sassoon and Wilfred Owen, who he said had changed our view of war forever.

Turning to the Eisteddfod, he said: “The contrast between the discord of our politics and the concord of our music could not be clearer than it is in this place at this time. 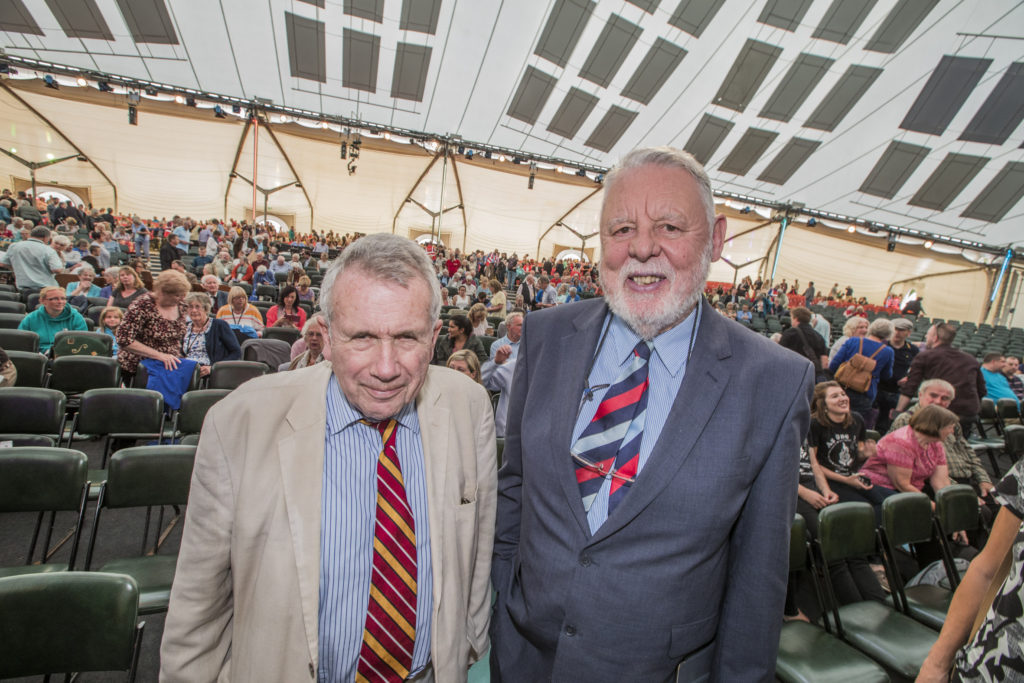 “We are currently living in the most dangerous world since the time of the Cuban missile crisis in 1962, so we need to assert our common humanity and realise the force of good in us.”

And he stressed: “We need a common language and we have one in the music rising up from this valley.

“Against the darkness of the present time this great festival shines out like a beacon of hope.”

Mr Bell, who is a British UNICEF ambassador, was invited to become an Eisteddfod Day President by his friend of many years Terry Waite, the festival’s long serving President, who survived 1,763 terrible days in captivity in a dank Beirut dungeon.

Elected as a one-term independent MP for Tatton in 1997, he described being asked to become Day President as “a real honour”.

“I was asked last year whether I would consider the role by my friend Terry Waite,” he said.

“I have been friends with Terry for a long, long time and of course he hails from Cheshire, the county I represented as a Member of Parliament.

“Terry Waite is a remarkable man and we attend a festival in Norfolk together every year.

“This is the festival’s 70th year which is a remarkable achievement.

“The fact the Eisteddfod’s original vision was to promote peace and harmony and the fact the festival opens with a peace message certainly provides inspiration.