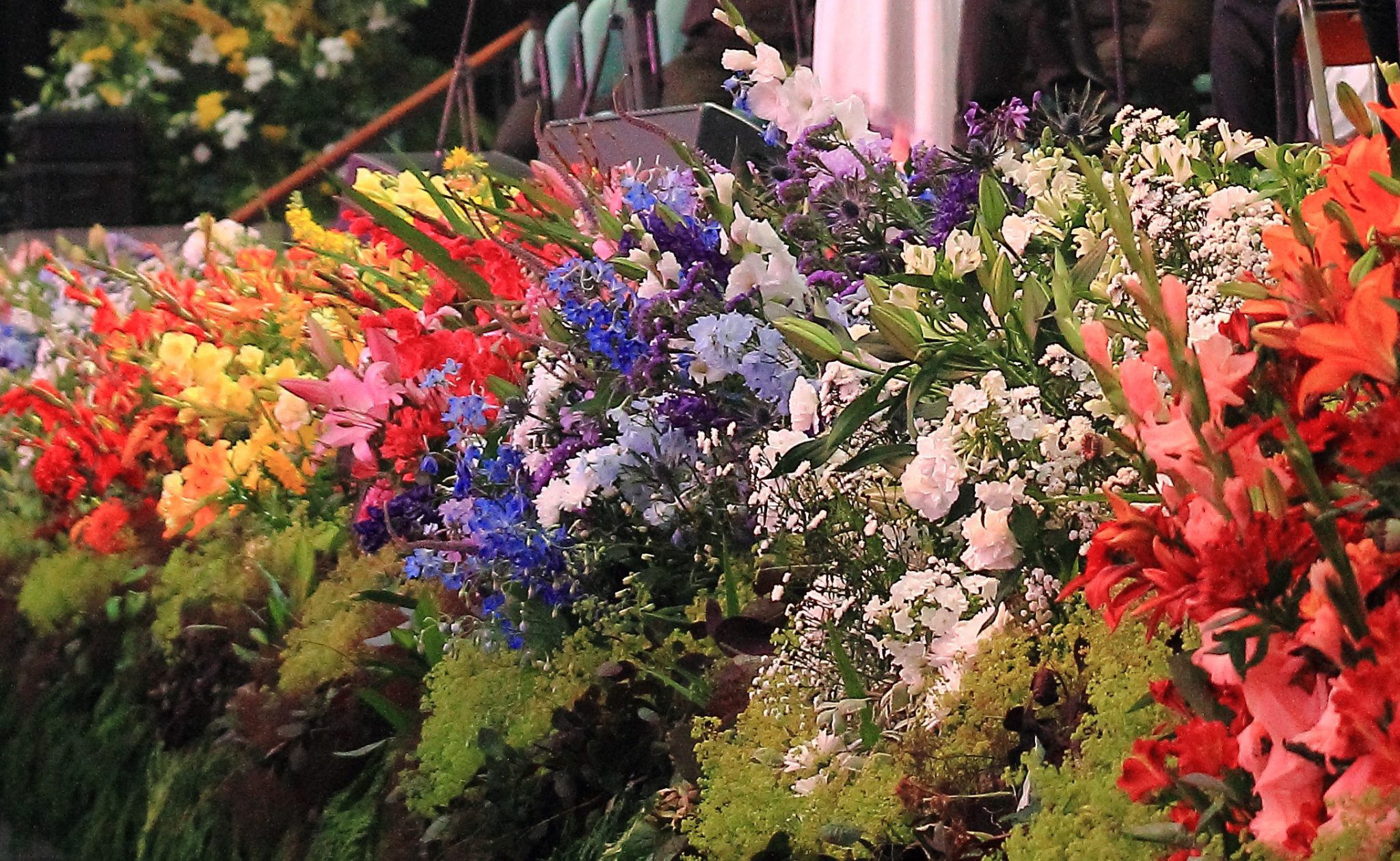 An Edge Lane-based florist has provided 8,000 stems to the Llangollen International Musical Eisteddfod for the stage displays at the festival’s 70th anniversary evening concerts.

F & H Flowers, who are based at Liverpool Flower Market on Edge Lane, provided the flowers to the floral committee of the International Eisteddfod on Saturday 1st July. Following the collection a team of green-fingered volunteers worked over the weekend to weaved each stem into the famous displays.

The tradition of decorating the main stage at the International Eisteddfod with flowers began at the first festival in 1947, when a few blooms were placed in jam jars to hide the tent poles that held up the stage’s awning. Over the past 70 years the tradition – and the quantities of flowers – has grown, with the displays as iconic as the festival itself.