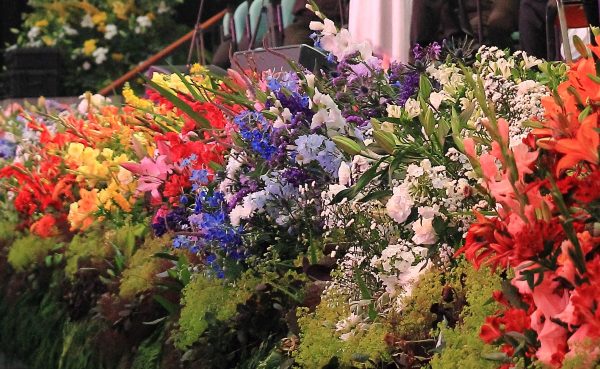 An Edge Lane-based florist has provided 8,000 stems to the Llangollen International Musical Eisteddfod for the stage displays at the festival’s 70th anniversary evening concerts.

F & H Flowers, who are based at Liverpool Flower Market on Edge Lane, provided the flowers to the floral committee of the International Eisteddfod on Saturday 1st July. Following the collection a team of green-fingered volunteers worked over the weekend to weaved each stem into the famous displays.

The tradition of decorating the main stage at the International Eisteddfod with flowers began at the first festival in 1947, when a few blooms were placed in jam jars to hide the tent poles that held up the stage’s awning. Over the past 70 years the tradition – and the quantities of flowers – has grown, with the displays as iconic as the festival itself.

The mammoth task of compiling the displays starts with the cutting and collecting greenery from coniferous trees called thuja. The superstructures of the displays are then erected on the stage and containers filled with water. Once all this is in place, the volunteer flower arrangers are then drafted it to complete the displays, each working on a designated patch. 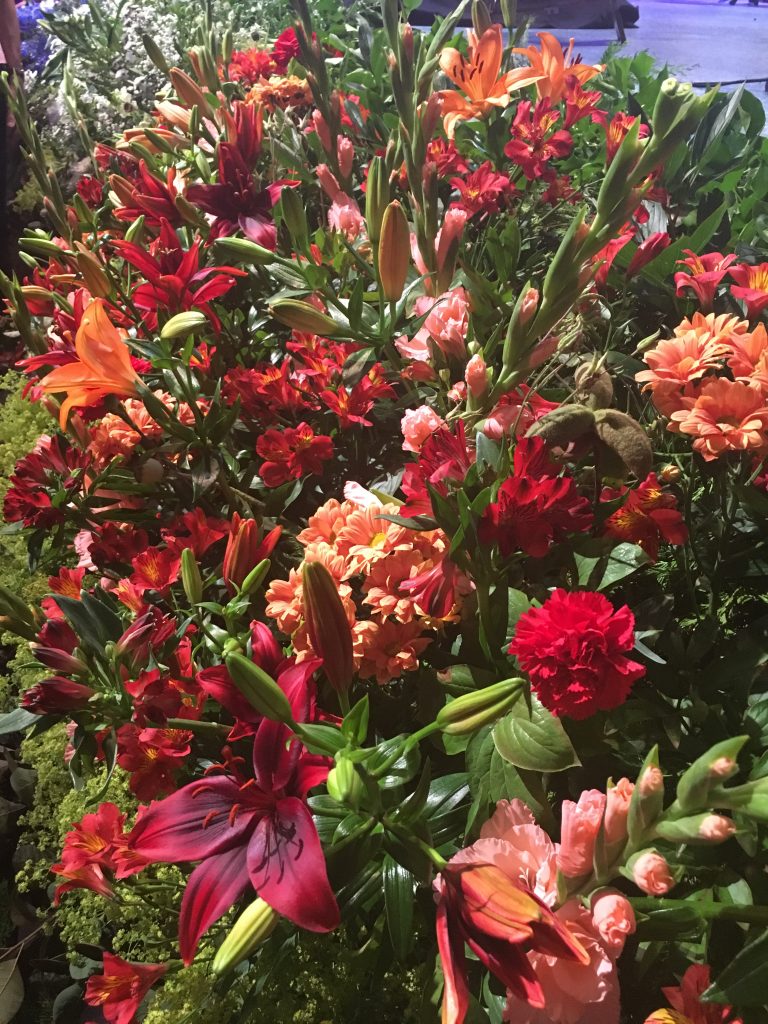 Floral committee chair, Jane Williams, said: “We did have to take a little detour to collect the flowers on Saturday, owing to the sink hole on Edge Lane, but we managed to get all 8,000 stems safely back to Llangollen in our trailer.

“It’s been a busy weekend for our team of dedicated volunteers but the displays are looking spectacular and we can’t wait to reveal them on Monday night.”

Throughout the week the blooms will also appear alongside a series of international acts including Sir Bryn Terfel in Puccini’s Tosca, jazz and soul singer, Gregory Porter, vocal harmony group, The Overtones and American composer, Christopher Tin.

For tickets and information on the Llangollen International Musical Eisteddfod, please click here