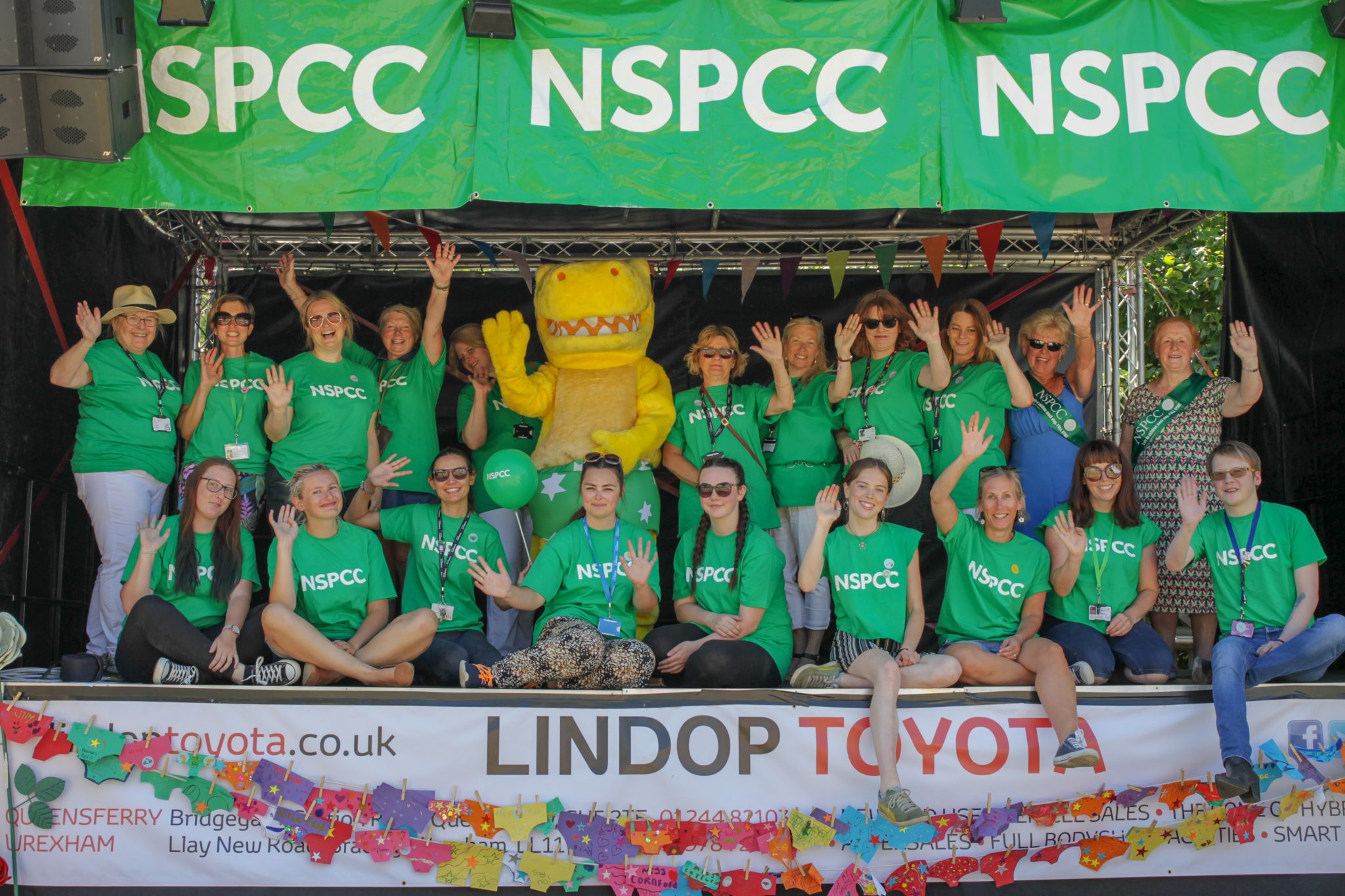 Hundreds of schoolchildren have seen a musical performance with a difference at the Llangollen International Musical Eisteddfod while learning how to keep themselves safe.

The NSPCC’s dinosaur mascot Pantosaurus appeared on the main stage on Tuesday (3 July) to promote the leading children’s charity’s ‘PANTS’ campaign to children from around 45 schools.

The campaign has helped more than 400,000 parents across the UK talk to their children about sexual abuse since it launched four years ago. Talking PANTS is designed to teach children that their body belongs to them, they have the right to say no and to tell someone they trust if they’re ever worried about anything. END_OF_DOCUMENT_TOKEN_TO_BE_REPLACED