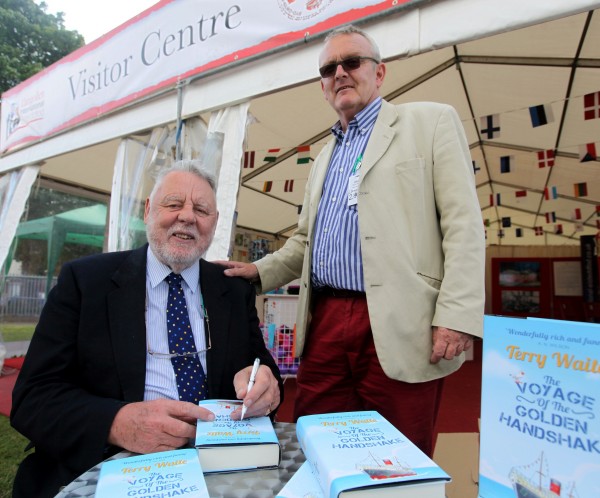 THE Third World War has already started, according to peace campaigner Terry Waite CBE.
Mr Waite, who himself spent almost five years as the hostage of a terrorist group in Beirut, gave that stark message when he delivered a powerful address to the audience at Llangollen International Musical Eisteddfod of which he is President.

Dealing with the growing crisis of international terrorism on the 10th anniversary of the 7/7 bombings in London which claimed the lives of 52 people, he said: “We are already into a third world war but this time the dynamic is different.
“This war is on a global scale but instead of armies fighting armies we are into a situation where terrorist groups can spring up and strike anywhere at any time.
“It could be in Australia, India or the UK that such groups can threaten the lives of innocent people.”
But he added: “The Eisteddfod is all about the power of music. Music is a power for good and brings harmony to the soul.”
Later in the week, Mr Waite was in lighter mood when he signed copies of his new book for delighted Eisteddfod visitors.
His first novel, in hardback, it is entitled The Voyage of the Golden Handshake.
It tells the story of a Grimsby man who wakes up on the first morning of his retirement and decides to take his wife on the luxury cruise they have always dreamed of and describes the often hilarious adventures they become involved in at different ports of call.
One of the first people to pick up a copy signed by the author was Janet Hance from Garboldisham in Norfolk.
She said: “My husband and I have been coming to the Eisteddfod for the past 15 years.
“We particularly enjoy the competitions and watch as many as we can.
“I bought one of Terry’s previous books, called Travel with a Primate, which was more serious and about his time as the special envoy of the Archbishop of Canterbury.
“I believe this one is rather different and I’m looking forward to reading it.”
Another customer for the novel was Debbie Edwards from Coedpoeth, near Wrexham.
She said: “I think it will make an ideal holiday read.”
Mrs Edwards, who has been a regular visitor to the Eisteddfod, was on the field with her mother, Elaine Wright, who recently moved to the local area from Llandudno.
She said: “My mother ran a guest house in the resort and although she used to recommend her guests to visit the Eisteddfod, this is the first time she’s been here herself.”
Mr Waite said his new book was going well and he had sold out of copies at similar signings at book festivals in Hay-on-Wye and Edinburgh.