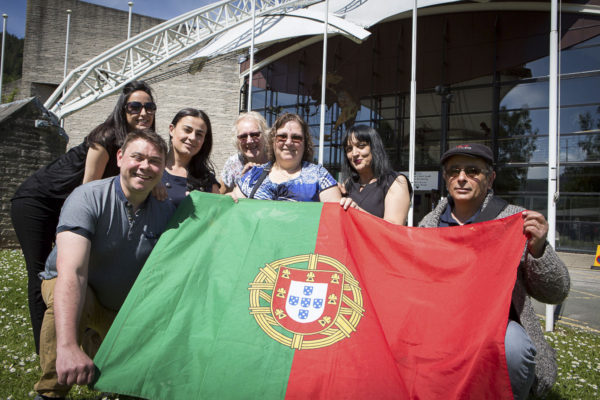 A North Wales town’s vibrant Portuguese community are to start a search for members of a choir that made the difficult journey across war-torn Europe to the first staging of an iconic music festival in 1947.

Over 2,000 Portuguese live in and around Wrexham and they are keen to rekindle links with the world-famous Llangollen International Musical Eisteddfod.

Two years ago a Portuguese choir was one of the highlights of a summer fete in Wrexham town centre where they were congratulated on their performance by the Eisteddfod patron Terry Waite CBE.

The legendary humanitarian champion also suggested that they should consider performing at the Eisteddfod at some time in the future.

This sparked an idea in Iolanda Banu, a councillor for the Portuguese community in Wrexham and across Great Britain, which has led to top representatives of the country accepting an invitation to this year’s festival in July.

She has also begun to make enquiries about the Portuguese ladies choir from Oporto who competed at the very first festival back in 1947.

Iolanda, who came to Wrexham from Portugal 15 years ago and splits her time between working as an interpreter and for Race Council Cymru, said: “In my home country it’s a tradition for every university to have a group of entertainers called a tuna who sing and play instruments for the public to help pay for their education.

“In 2014 one of these choirs, Gestrintuna, from Gondomar, near Oporto, were invited to perform at the Nightingale House summer fete in Queen Square, Wrexham.

“Terry Waite, who was at the Eisteddfod at the time, was invited along with the Mayor of Wrexham and when he saw the choir he congratulated them on their performance and said they should consider making an appearance at Llangollen.

“The same year I was invited to see the Eisteddfod and was overwhelmed by it, especially the flags from so many different countries. However, there was no flag from Portugal.

“Terry’s words got me thinking that we should try to foster a link with the festival, which would be very beneficial to everyone.” 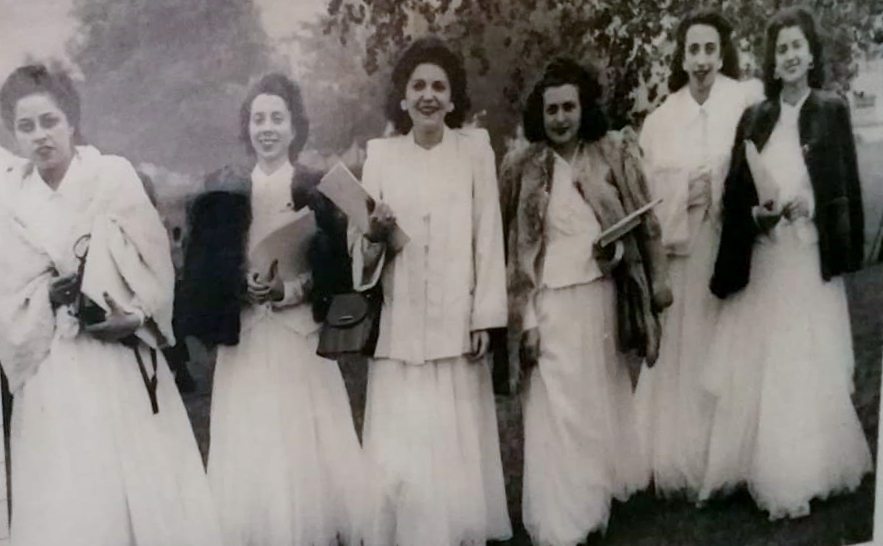 Iolanda added: “After doing some research I then discovered that a ladies choir from Portugal called Grupo Musical Feminino from Oporto had competed at the first Eisteddfod in 1947.

“Because this year will be the 70th Eisteddfod I thought it would be marvellous if I could try to trace any members of the choir or their families and possibly invite them to revisit the festival, perhaps next year.

“Over here the Eisteddfod office has been helping me and in Portugal the government has agreed to see if they can discover anything about the ladies.

“I understand that they drove all the way to Llangollen from Portugal and even won something – although I’m not sure what – at the festival.

“In those early days many overseas competitors stayed with local families, so it’s also possible that someone from the Llangollen or the surrounding areas might recall them. If they do I’d love to hear from them.”

To further rebuild the Portuguese connection, Iolanda has arranged for the Portuguese consul based in Manchester to pay a visit on the Saturday of this year’s Eisteddfod along with one of the top officials from the city council in Lisbon, Portugal’s capital.

“I will also be encouraging as many members of the thriving 2,000-strong Portuguese community in Wrexham and others from all over Great Britain to come and visit the Eisteddfod.

“I’d very much like to see people from Portugal competing and performing at the festival,” she said.

“I think it’s so important to reach out and rekindle the link between Portugal and Llangollen Eisteddfod and for us to have that strong cultural integration.”

Anyone with information about the Portuguese ladies choir Grupo Musical Feminio which competed at Llangollen in 1947 can contact the Eisteddfod office on 01978 862000.