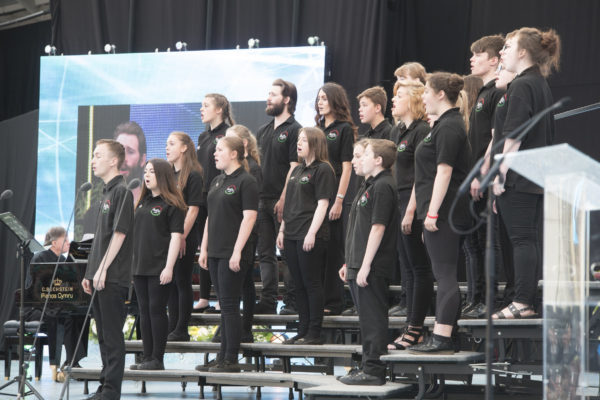 The words of murdered MP Jo Cox formed the centrepiece of a poignant Peace Message delivered by students of a Rhos-based theatre group before competition got underway at the Llangollen International Music Eisteddfod.

Members of Theatr yr Ifanc Rhos, a youth theatre group which has more than 60 members, took to the stage at the Royal International Pavilion on Wednesday and gave the traditional message asking the young audience to appreciate the views of others and celebrate their differences.

Berwyn Jones, 19, of Rhos, reminded the audience of the words of Jo Cox, the Labour MP for Batley and Spen murdered last month in her constituency who said ‘We have far more in common with each other than the things that divide us’.

After leaving the stage, Berwyn said: “I was honoured and privileged to be able to give the traditional Peace Message to the Llangollen audience.

“It really felt that I was doing so much more than simply reading something, it felt I was telling them something relevant and important especially with what is happening around the world today.

“I particularly thought the words of MP Jo Cox were relevant in that we all really do have so much in common with every citizen of the world than is often apparent.”

He added: “All the Theatr yr Ifanc Rhos members who took part were really thrilled to be asked to deliver the Peace Message. It really was something special and something we will remember for a very long time.”

She says she was delighted that 20 of the group’s students had taken part in presenting the Peace Message. 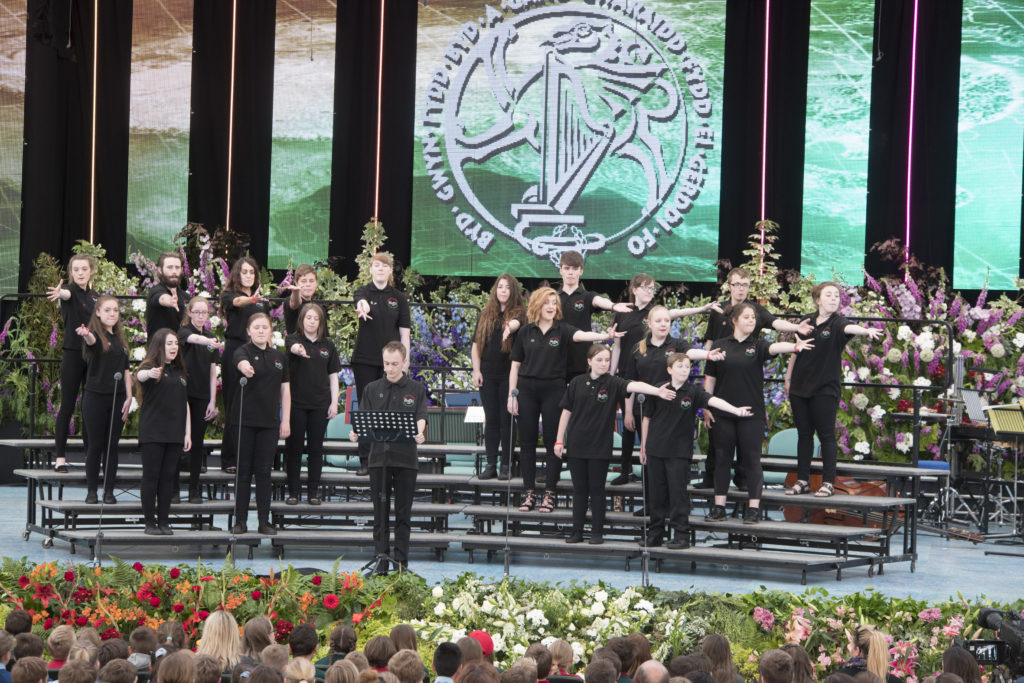 She said: “We have enjoyed a very busy time in what is our silver jubilee year and to be asked to write and deliver the Peace Message at this year’s Llangollen International Music Eisteddfod has been a huge honour. 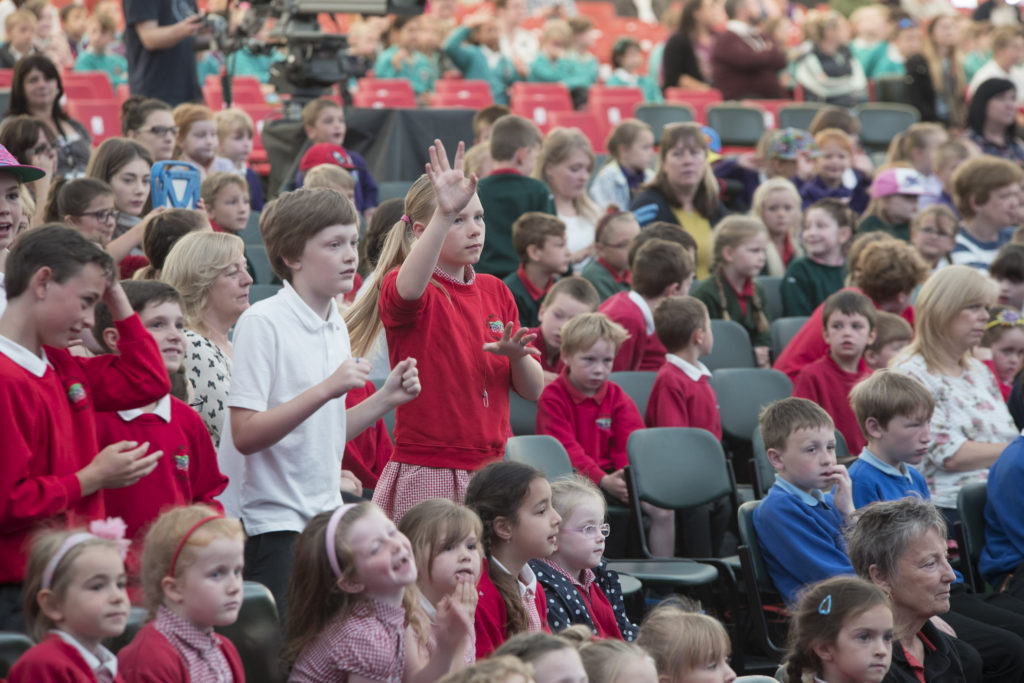 “We had 20 Theatr yr Ifanc Rhos students here to deliver the Peace Message but on Friday evening for the Heart of Llangollen concert we have 60 students taking part which is again a great honour.

“At that concert we will again deliver our Peace Message at what will be a wonderful Llangollen event and party.”