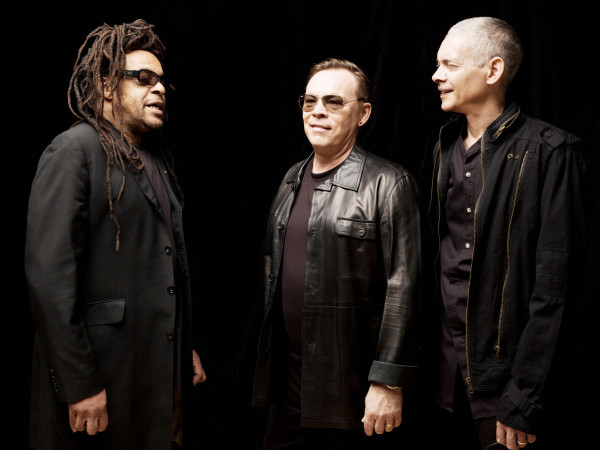 The music legend who formed one of the world’s top reggae bands will provide a high energy climax to a top festival, it’s been revealed.

Ali Campbell, the voice of UB40 who sold 70 million records, has been snapped up by Llangollen International Musical Festival for their closing concert on Sunday, July 12. 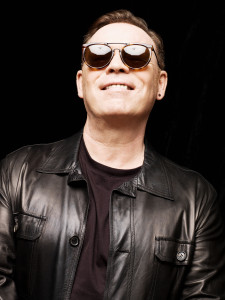 He’ll  be reunited on the eisteddfod stage with two other founding members of UB40 – percussionist, trumpet player and vocalist Astro and keyboard player Mickey.

The concert is being sponsored by the award-winning Village Bakery, the fastest growing manufacturer in Wales.

Managing Director Robin Jones said: “As a locally based family firm, we are proud to have supported the Llangollen International Musical Eisteddfod for a number of years.

“UB40 played an important role in the history of world music so it’s appropriate that Ali Campbell, Astro and Mickey are  bringing the curtain down on this year’s International Eisteddfod. It’s going to be a great night.”

The Eisteddfod’s Musical Director, Eilir Owen Griffiths, said: ” The concert with Ali Campbell, the legendary voice of UB40, with Astro and Mickey is going to be an absolutely fantastic night and I’m sure the pavilion will be bouncing.

“It will be a fitting climax to a really exciting week of really world class entertainment – I can’t wait.”

Campbell, who, along with Mickey, left the original UB40 in 2008, is enjoying playing to packed audiences around the world and is looking forward to his first visit to Llangollen.

But Campbell admits things just weren’t the same until Astro walked away from the remaining UB40 band members in 2013 and teamed back up with Mickey and himself.

He said: “We are back on our mission taking reggae music to the world.

“Llangollen, I can promise, won’t have ever seen a concert like the one we intend to put on. I know Status Quo were there last year, well I can promise you this, we’ll smash them.”

Father-of-eight Campbell, now 56, was born and raised in Birmingham and says his love of reggae comes from the fact most of his early mates were of West Indian descent who listened to reggae most of the time.

He added: “Reggae just gives you something different, a freedom I suppose. It’s probably the youngest genre around but I listen to music from all around the world and the reggae influence is massive. It’s so influential.

“I was, in 1978, one of the founding members of UB40, along with Astro and Mickey. And I was the principle songwriter. We sold more than 70 million records worldwide and toured around the world for more than 30 years.

“We decided on the name UB40 as a friend of mine, Andy Nash, pointed out we were all on the dole at the time and suggested we name ourselves after the government’s Unemployment Benefit Form 40, or UB40 as it was known.

“It was probably a better choice for a band name than the one we had already sort of decided on, which was Geoff Cancer and the Nicorettes!”

“I’ve been flying the flag for reggae ever since. We are in the middle of world tour which is going brilliantly. The simple truth is we are the hottest reggae band around. If you want real reggae and the real UB40 then it has to be us.

“In the last year we have performed in Australia and New Zealand, where I was one of the three judges on New Zealand’s Got talent, and Papua New Guinea.

“We are selling out wherever we go, people want to hear that true UB40 reggae sound and that’s what we are giving them.

“I just want to put on the best show possible and that’s what I promise UB40 fans who come to see our shows. Llangollen won’t have seen anything like it, it’s that simple.”

The concert will round off another packed week which will feature Children’s Day and the Parade of Nations on the Tuesday, led by Eisteddfod President Terry Waite before the evening Heart of Llangollen concert featuring a galaxy of international talent.

The Blue Riband event, the Choir of the World for the Pavarotti Trophy, is decided on Saturday night as well as the Lucile Armstrong Dance Final and Sunday sees the Eisteddfod let its hair down for Llanfest before the climactic final concert with Ali Campbell, Astro and Mickey.